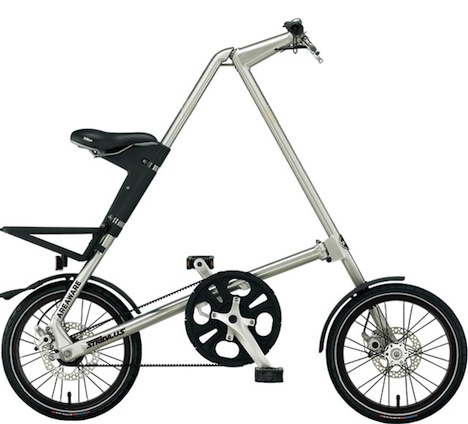 Over on our Core77 Discussion Boards, an interesting conversation is sprouting up around commuter biking. SJSU California Industrial Design student H_Tennent created a survey about commuter biking habits and it's sparked an interesting conversation about ideas for building a better bicycle for people who use it as their primary form of transportation. Hopefully our design/build teams participating in the Oregon Manifest challenge will take a look and address some of these suggestions in their designs. mrtwills writes:

I would like to see a commuter bike focus on bike theft. Its depressing walking around the city and seeing half stolen bikes ulocked to bike parking. If you want to be safe, you have to carry around more then one u-lock or remove the parts you don't want stolen. Is there a better solution?

Think about the type of weather conditions a rider will be in all year long. Can it change from a "summer" to "winter" bike some way?

To fold or not to fold. I like the idea of folding bikes, but I think they look dumb. Is there a way to have a folding bike look like a regular bike?

Join in on the conversation! Share some thoughts over at the discussion boards.