The Republic of Fritz Hansen is typically referred to by the name of its founder, a Danish cabinetmaker who established himself as a prominent local craftsman in the second half of the 19th-Century. The company has since evolved from an esteemed local shop to an international brand, though the name has been synonymous with high-quality home furnishings for nearly a century and a half.

Fritz Hansen's latest design, FAVN (pronounced "fOWn"), a new sofa design by Spanish designer Jaime Hayón, was well-received when it debuted in Milan last month, and the design is now on view at their showroom in Soho, at 22 Wooster St.

We had the opportunity to sit down with Christian Rasmussen, Head of Design at Fritz Hansen, on the occasion of NY Design Week 2011, to discuss the past, present and future of the esteemed Danish brand. 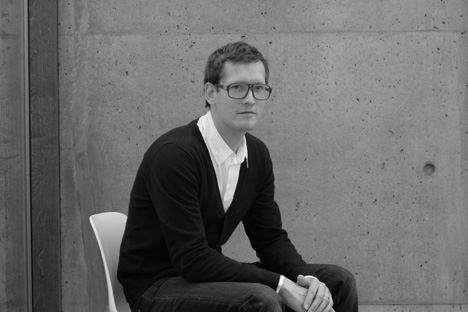 Let's start with the basics: how would you characterize Danish design?

Well, it's difficult because it's something we don't think that much about... Actually, it's much easier for you to say what Danish design is, but if I'm to say how I see it...

You know, Denmark is a very small country; historically, we are a nation of peasants—we've never had silver, gold, we didn't have a mountain of marble like the Italians—but we always had wood. It's always been about getting the maximum out of limited resources, and somehow that sticks to us.

I think that's why we ended up with this very minimal, considered and analytical approach to design. We're always looking for a good reason for doing what we're doing. I think that's something that characterizes Danish design: it needs to have a function. There needs to be a strong idea—you need to make the right decisions. You have very limited resources, it's part of the whole process: designing is making choices, and to make the right choices, you have to have the right set of values. I think they come out of that tradition, that Danish approach to design.It lies very deep within us—we are raised with design. People prioritize design... I think compared to a lot of places, Danes spend a lot of money on their private homes. That's also part of part of the whole tradition: growing up with it, you inherit something, inheriting from your parents or your grandparents... also part of that tradition

What would attract non-Danish designers such as Jaime Hayón?

I think it's this very considered approach to design: we're thinking a lot about why we're doing things... but that's also why the collaboration with the client has been inspiring, because he's the complete opposite, he's very Latino, very emotional. As he says, he learned how to be patient working with us, because it's a completely different approach. 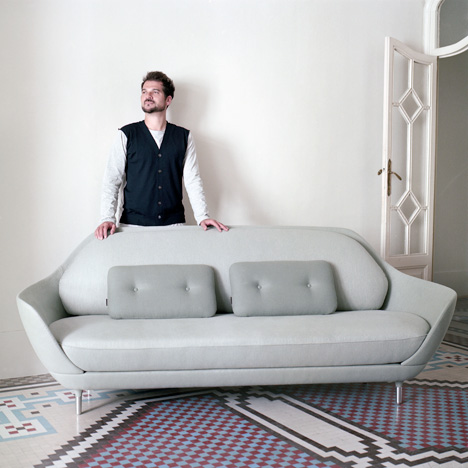 So then how did it come about? Did he approach you, or did you approach him?

Well, we met and we started discussing how we could collaborate—we always spend a lot of time getting to know the designers before we start collaborating with them, because we need to know about their strengths and weaknesses to be able to support them in the best way possible. My job is to make sure they have the best conditions to release their full creative potential.

Some designers are really good at making tables, some good at making chairs, very few designers are good at making everything; they often specialize [in one thing]. But Jaime is very skilled—I would say he's 50/50 designer and artist. He's extremely creative; you can see that his client list is very diverse. He has a lot of different clients; he does porcelain, he does glass, he does lamps, shoes, interiors and so on. He can do a lot of things.

Did he start with the Danish design tradition—Arne Jacobsen, for example—as a reference point, or was it more open, and he arrived at this design?

It's always a fine balance not to start imitating them or looking too much like them, but I think it worked out very well: the sofa still has it's own character, and it's still linked very closely to [Jacobsen's designs]. 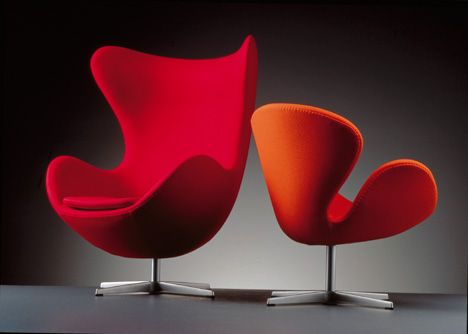 Going back to the "Egg," I understand that was pretty technologically advanced when it first debuted in 1958.

It was based on a completely new technology back then, in 1958; it was molded foam, which was a completely new way of making furniture. It was more traditional back then: [you started] with a wooden frame and you upholstered the frame. Suddenly it was possible to create a volume in a different way and it changes the whole design language completely.

It really triggered Arne Jacobsen's creative brain—he was very fascinated by new technology. Also, the "Series 7" chair was the first chair in one piece of laminated wood.

Speaking of technology, what do you think is the next big thing?

Well, right now in the studio, we're working a lot with combining high-tech processes with craftsmanship to make it work from an aesthetic perspective. [We're trying] to 'exclusify' plastic, which is a fantastic material. Using the latest injection molding technologies and combining it with hand-stitched leather, for instance—like on the edge of the "Egg," where you have 1,200 stitches—it makes a very interesting tension, the combination of very unexpected materials and technologies, especially in relation to the heritage of the company.

Taking a longer perspective, I think the rapid prototyping technologies will revolutionize design. 3D printing is going to be huge; of course, it will take some time before you can make your own furniture, but I'm sure it will happen at some [point]. We spoke before about injection-molded plastic shells or aluminum—you need to get the part out of the mold, so of course, there are some limitations to the design, which you have to consider at a very early stage. But with 3D printing, you have no limits. It's amazing, it opens up a completely new design universe. One part of course is the aesthetic, but the other part is that suddenly... maybe you can walk down the corner of the street and get your sofa printed?

I think it will change the whole design industry. 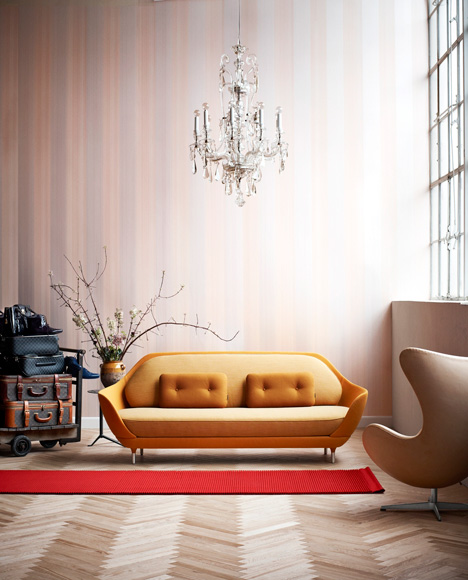 On that note, what does the future hold for Fritz Hansen?

Well, we continue developing new products every year, one new collection, which is debuted in Milan in April. This year, it was FAVN, next year it will be a chair... the year after, I can't tell you yet.

It will be interesting—this combination of craftsmanship and new technologies, but always with the design heritage in mind, this set of design values that we are always considering. We control the brand through the design, and we work with design on three levels: the visual, the emotional and the rational.

These values, then, are the three sides of the Fritz Hansen design philosophy, which Rasmussen articulated when he became Head of Design 18 months ago, the framework for the brand as it continues to evolve.