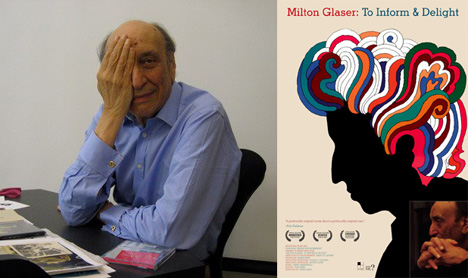 I can't imagine Glaser would need any kind of introduction to the average Core77 reader, but for the uninitiated: Milton Glaser is a seminal graphic designer, best known for designing the "I ♥ NY" logo and the iconic Bob Dylan poster (featured on the cover of the DVD)—not to mention the logo for Brooklyn Brewery—and countless magazine, record and book covers, posters, flyers, brand identities, etc. ad infinitum. 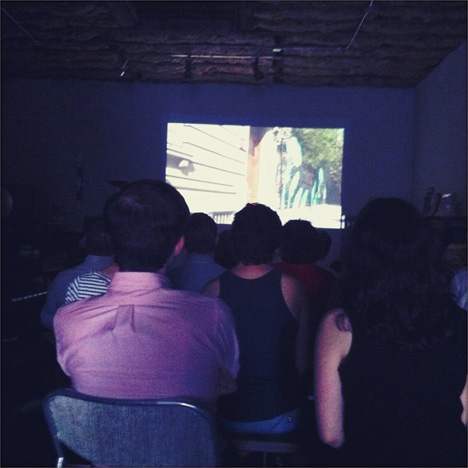 I knew that much about Glaser prior to seeing the film, but the 73-minute doc offered a far more in-depth look at his work over the course of his career, which spans nearly 60 years to date. Throughout To Inform and Delight, Glaser's peers and colleagues describe him as very articulate and he is more than happy to oblige, sharing his thoughts on everything from his mother's cooking (spaghetti drenched in Velveeta and ketchup) to his collection of African masks (it's like coming home to a party). Glaser concludes by rhapsodizing about the city itself, an allusion to his most famous design. Like Gary Hustwit's Helvetica, it's perhaps a bit too niche to deem a must-see, but I would definitely recommend it to anyone who is remotely interested in graphic design. 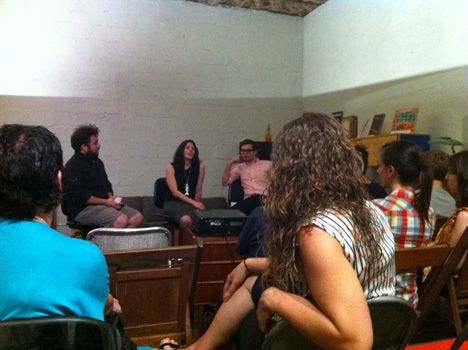 Still, I had no idea how prolific he actually was (and still is) until I saw the documentary, which chronicles his work from the Push Pin days to Deborah Adler's pharmacy labels for Target. In fact, as Beth Kleber explained following the screening, he started the Glaser Archives—under the auspices of his longtime client and collaborator SVA—in 2003 in the interest of preserving his legacy. Beth estimated that perhaps 80% of the work shown in the film is in the Archives, including many of the rare original sketches and ideas, some of which can be viewed in their online gallery. In addition to their archiving responsibilities, Beth and Zach also run the excellent "Container List" blog, which is worth exploring for any graphic design enthusiast. 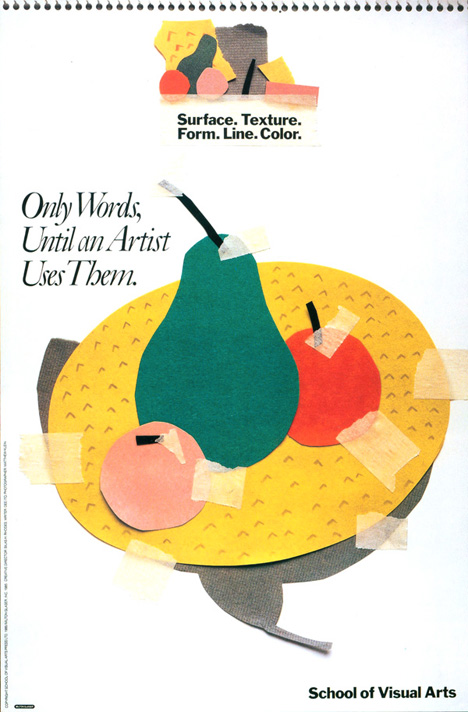 Courtesy of the Milton Glaser Design Study Center and Archives; all rights reserved

Check out the rest of Open Air Modern's event series—I'm sure some of our readers will be interested in next week's panel on Modern American book cover design.