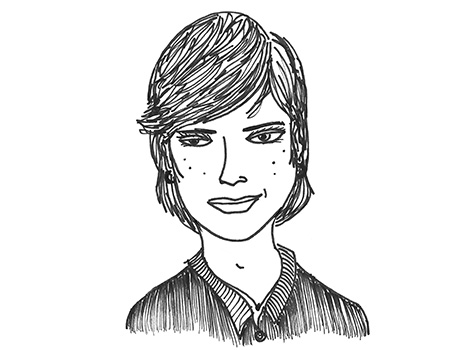 Dina Delgado is a psychotherapist-turned-designer orignally from Mexico City. After years of listening to people (both professionally and on the streets) she came to the conclusion that most adults were in dire need of the open-minded wonder they had as kids. It was her belief that this attitude was taken away by "the man" and it was up to her and others like her to get it back. In 1975 she started an "idea studio" with her lifelong partner Joseph Ledon called Nov Future.

The first line of products rolled out by Nov Future was called Bounce Objects. The goal was to make a series of bouncy balls for adults infused with special ingredients and made in special places. Dina explained it like this: "I want people to bounce a ball for a reason, knowing that someone, somewhere didn't hold back in the crafting of the ball. Each one bounces a different way and it's up to the individual to learn to control it and master it. Once mastered the bounce object will be a powerful ally." 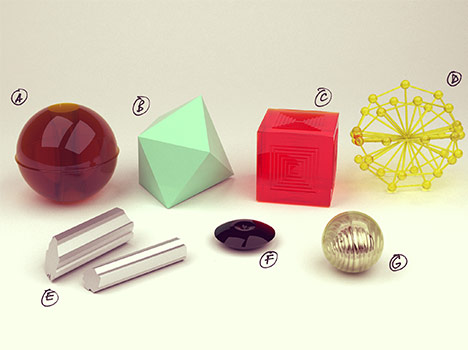 The following is a quick breakdown of the bounce objects above:(A) "Leon" is infused with sasparilla and snake. Increases powers of perception. 20-25 bounces a session is recommended. (B) "Zapopan" is infused with northern turquoise and lightning sand. Aids in rebuttal techniques. 10 bounces caught in a row is recommended. (C) "Toluca" is infused with orange peel and rolled meteorite. Helps with depression. Three solid bounces a session. (D) "Puebla" contains both beaver tail oil and buffalo hump oil. Increases luck and decreases pain. A two-hour session is advised. (E) "Minneapolis and St. Paul" are infused with aluminum and dandelions. Effects are unknown but positive. Bouncing and then catching both at the same time does the trick. (F) "Reynosa" combines the power of obsidian with the grace of black piano keys. Produced only above the arctic circle in batches of 3. This object helps with loneliness and near constant use is prescribed. (G) "Xalapa" is infused with africanized beeswax and solid gold. Helps with humility. No prescribed use.

The Bounce Objects garnered a lot of press at the time but never went into mass production—they were simply too expensive to manufacture. Still, over 1,000 sets were shipped out all over the world—with more than 600 of those being shipped to Finland.

Nov Future's next project tackled the world of macaroni art. Frustrated with the art pasta of the time, Dina created a set specifically dedicated to making artwork. Each box of Regolini contained 13 different shapes to create new works of art with. 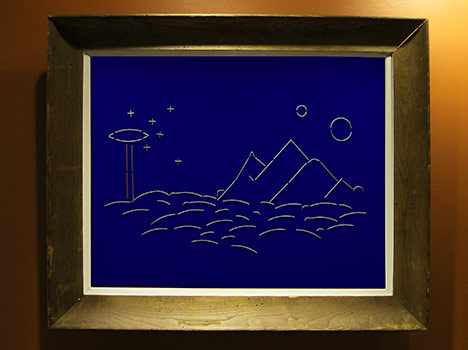 Discerning adults from most of North America started buying this pasta for their kids, but once the world-famous artist "Gary" started using it (pictured above) adults from all over started using it themselves. For a time from 1977 to 1983 it wasn't uncommon at all to see businessmen present graphs done with Regolini. There was even stories of police officers in Nevada sketching out wanted criminals using only Regolini. 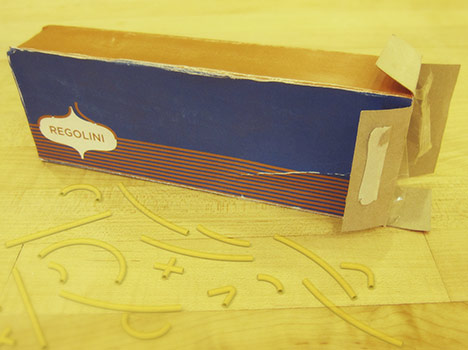 Regolini was a huge success for Nov Future and the team dedicated the 1980's to discovering each other, and discovering their new home base of Toronto. One notable release from 1987 was their unisex perfume called K-12. It was a delicate and fragile blend of wet asphalt, grass clippings, damp cotton and sugar. To Dina, this smell was the combination of thousands of stories she had heard about people's childhoods as a psychotherapist. There were other minor smells in there of course, but these four were the most important in her mind. She adorned the bottle with a horse for no good reason whatsoever. 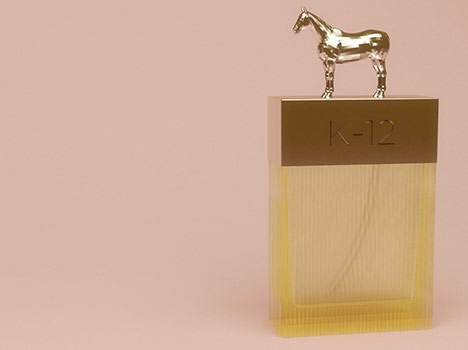 Currently, no one knows where Nov Future is located—no one other than the two people involved. The 1990's were not productive for them and it was rumored that they split up and took jobs as in-house designers for appliance manufacturers across Europe. The last anyone has heard from them was earlier this year when they released their concept for the "Grassman." 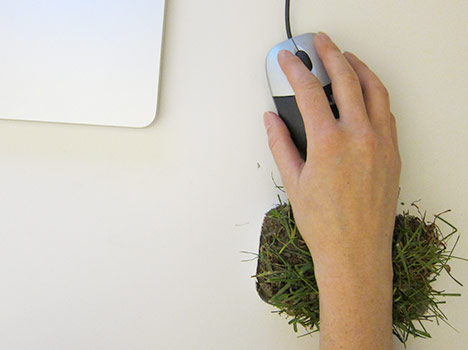 Not an actual product, Nov Future simply put the plans out for the "Grassman" hoping that people would follow suit. The aim was to "give the businessperson a way to get back to nature—to get their hands dirty." 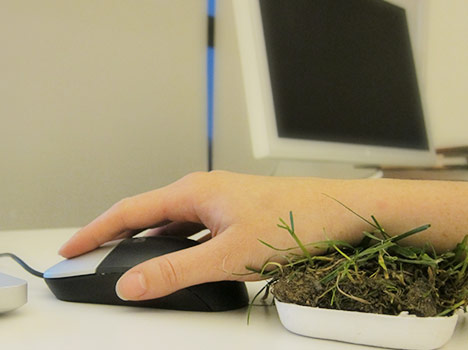 Will there be more? Too early to tell—Dina and her Nov Future are hard to get a hold of. If you've gotten any emails from them with new product offers or have any information on them please let us know.

Design Fancy is a series of short stories about fictional designers who make fictional things. The stories (and the objects) are by Matt Brown. Special thanks to Eleanor Morgan and Valeria Graffeo.