While fashion designer Raf Simons is perhaps best known for his work for Jil Sander and his eponymous label, he actually studied industrial design, launching his career as a furniture designer before switching to fashion a few years later. His approach to haute couture is informed by youth-cultural reference points, which Simons translates into cutting-edge contemporary menswear.

Mercedes-Benz—which, of course, needs no introduction—recently invited the Belgian designer to curate the first edition of the Avant/Garde Diaries, a new media platform that will offer exclusive content related to creative culture. Considering that the first series of artists includes everyone from sculptor Dustin Yellin to British art rockers These New Puritans, The Avant/Garde Diaries, for better or for worse, has little to do with automobiles.Under the direction of fashion designer and curator Raf Simons, artists and trendsetters will be presenting their take on today's and tomorrow's world and engaging in dialogue with experts, as well as the general public. With this event, Mercedes-Benz is providing a creative platform for the discussion of social and contemporary issues relating to art, fashion, music, innovation, trends, culture and the automobile. 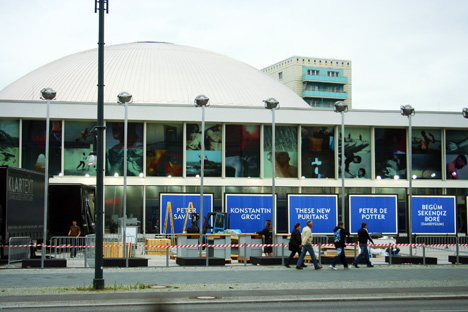 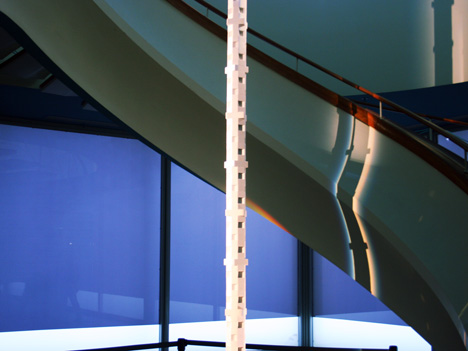 Nevertheless, the high production value and premise—artists are asked to share their thoughts on the contemporary avant-garde—might just be enough to give LVMH's Nowness a run for the money. In fact, we posted one of the first videos, a Konstantin Grcic studio visit, earlier today. 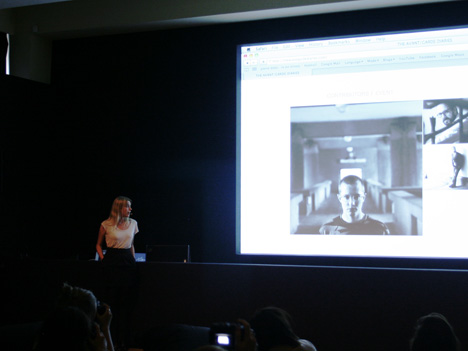 As for the grand opening at the BCC in Berlin this weekend, we witnessed the launch of the online interview magazine editor-in-chief Kitty Bolhoefer (above), followed by a presentation on Mercedes' historical relationship to the avant-garde (below). 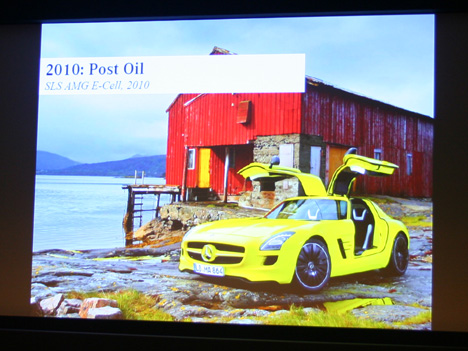 Marketing aside, graphic designer Peter Saville (of Factory Records' fame) was glad to share his thoughts on the relationship between history and the avant-garde, as well as the album cover that made him want to become a graphic designer: 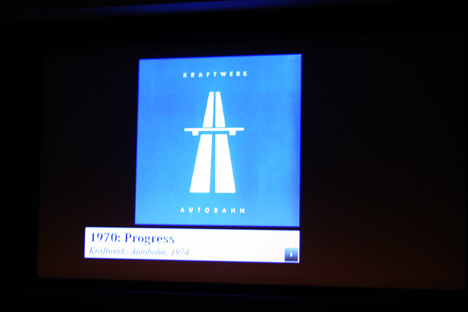 In addition to a theater and performance space, the Bauhaus-inflected venue served as an "artistic setting" for the Concept A-Class: 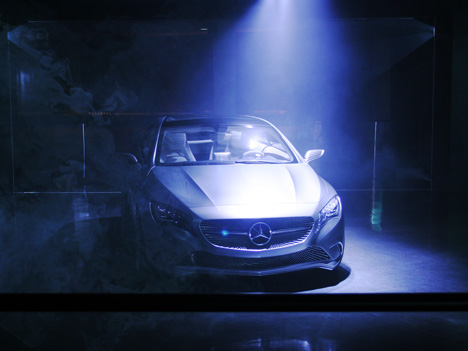 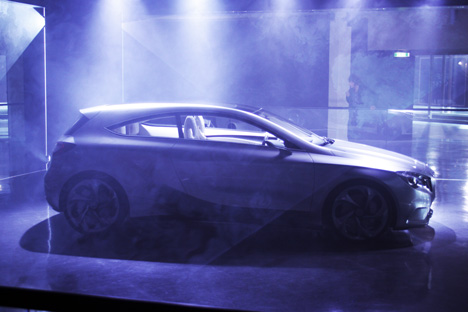 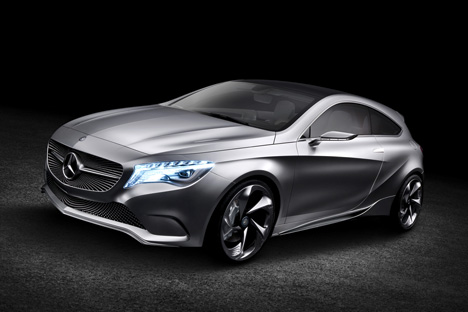 If nothing else, it's an interesting move for the automaker, insofar as they've seen fit to put their considerable resources into editorial content, and, as we mentioned earlier, the coming months will see additional festivals in other major cities worldwide. 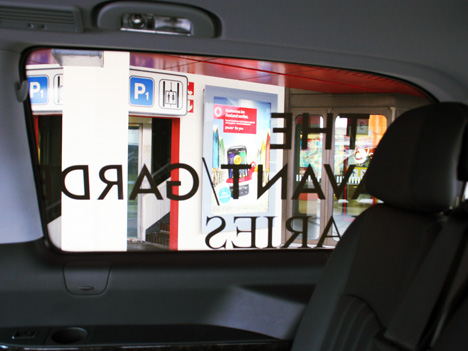