Dyson Award Concept: Getting Outside Light Inside 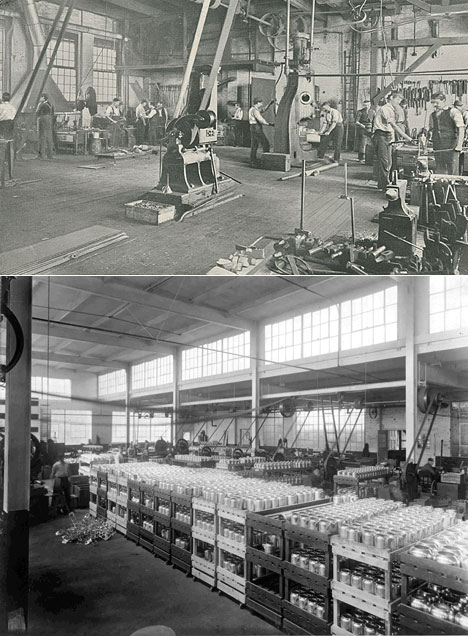 Something that has always amazed me is that factories antedated electricity. Early machines could be made to run from steam power, but there was no such thing as electric lighting; the sole source of illumination came from outside, through big-ass windows and skylights. 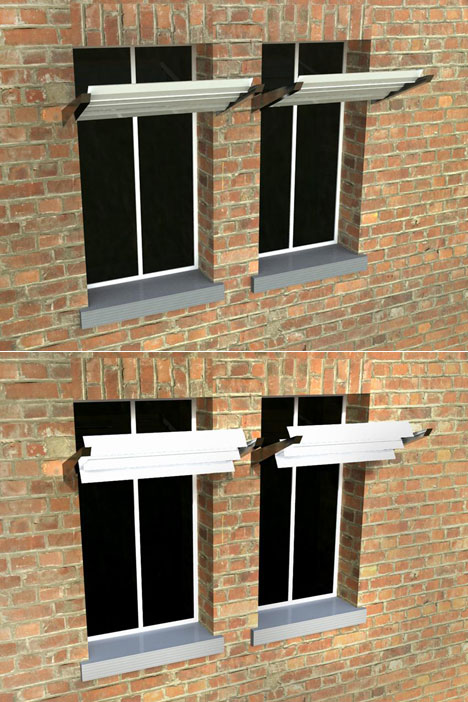 The "Daylight" entry in the James Dyson Award competition submitted by an anonymous German architecture student recognizes that it's not practical to widen existing windows, nor add skylights to the 30th story of a 42-story office building, but proposes a solution to better channel natural light into the office spaces of today. Carefully-shaped aluminum reflectors would be attached to the outside of existing windows, shunting light towards additional ceiling-mounted reflectors inside, providing a one-time cost for permanently-free magnified and adjustable daylight. 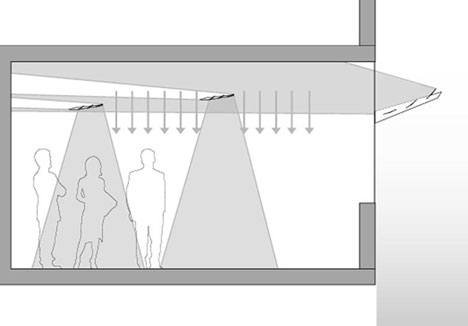 Aluminum was chosen rather than mirrors due to its increased reflectivity—98% versus 75-86%, according to the designer. And according to his research, the concept far predates the factories I'm so fascinated with: "In ancient Egypt the [interiors of the] pyramids were lightened with daylight during the construction work," he writes. "The builder streamed the sunlight into the tunnels by using reflective bronze and copper plates."

Dyson Award Concept: Getting Outside Light Inside