Looks Cool... But What Does It Actually Do? "Objets d'un Autre Age" Contextualize the Touchscreen 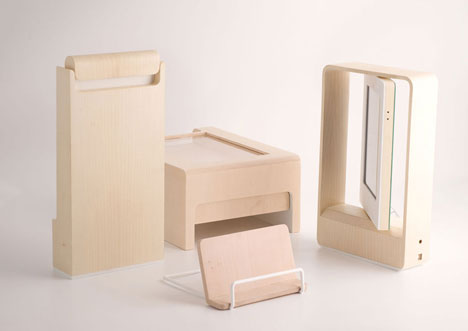 From time to time, my first reaction to images of an object is to wonder what it does, typically when the form is so compelling as to belie its purpose or deeper meaning. French designer Eva Rielland's project "Objets d'un Autre Âge" fit the bill in that they almost seem too elegant to use, despite their intrinsically tactile design philosophy (though it might find a counterpart in Sébastian Cluzel's "Culinary Landscape", which share the minimal aesthetic).

In short, Rielland's "Objects" are intended to elucidate the myriad functionality of the touchscreen (the conceptual opposite of Patrick Stevenson-Keating's futurecasting "Quantum Parallelograph." Instead, they highlight specific uses of tablets by adding an element of analogy to tablet design."Objects of Another Age" [is a rethinking of] high tech tools to make them easily understood by all, and particularly by the elderly. To reduce learning curve anxiety and the risk of errors, object design is based on observation of real world habits and needs; a clear and obvious gesture for each object minimizes the use of a GUI.

They work as a system of objects. Eva Rielland chose to focus on communications features from the world of computers: write, view, upload images, print. Each object does one of these functions. There is the frame (used for video chat), the mailbox (just to exchange e-mails), printer and finally, the visual (that presents an image received by e-mail). The clear separation of each of these functions can facilitate the understanding of the subject. 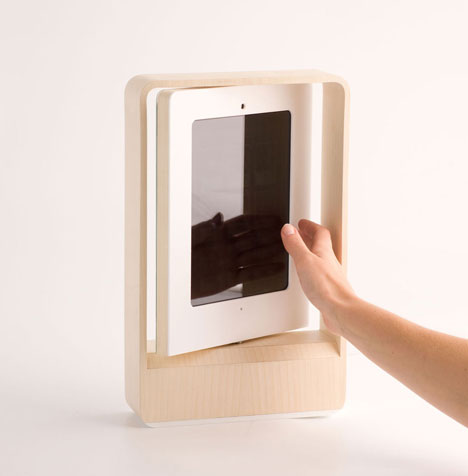 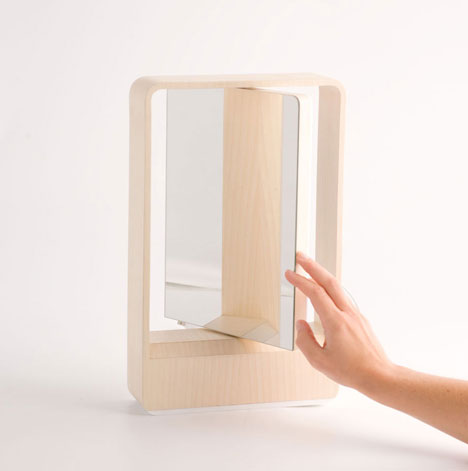 For their minimal design, the "Objects" necessarily add extra weight and bulk to a handheld device. Of course, that's precisely the point: to add another dimension of presence... contrary to Steve Jobs' notion of "holding the Internet in your hands." 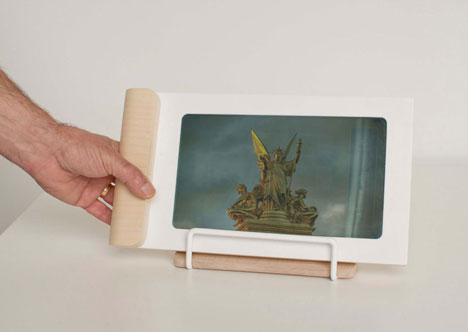 Still, I find that, for better or for worse, there remains a layer of opacity to the devices (one might say the metaphors are a bit wooden): the vanity only loosely alludes to face-to-face conversation and the stand doesn't quite represent writing. Perhaps this is simply an indication that the touchscreen may never offer a seamless experience, remaining an inexact analog of the original tools of communication that it mimics. 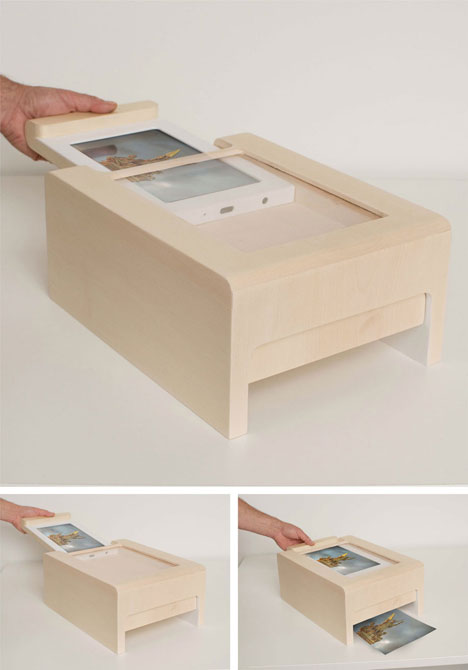 Two of the pieces, "Boite" (Box) & "Cadre" (Frame), are actually from 2010, and Rielland has documented them with a bit of storyboarding on her site.

Looks Cool... But What Does It Actually Do? "Objets d'un Autre Age" Contextualize the Touchscreen