As an avid Zipcar user I routinely drive a wide variety of cars, from hybrids to SUVs, all from different manufacturers; it depends on what's available in the lot when I need to go pick something up. All of the manufacturers have designed the same refueling requirements—pop the lid, unscrew the cap, stick the nozzle in—except for Ford, as they've gotten rid of that middle step. 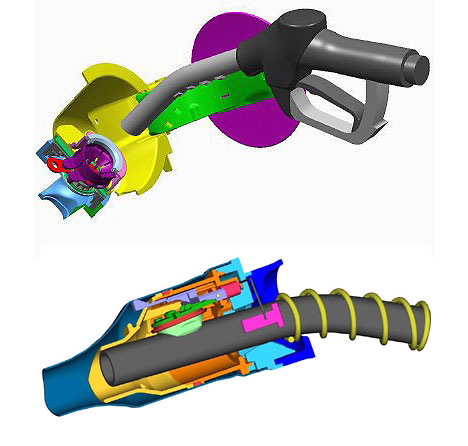 For those of you who've never heard of it, a few years ago Ford quietly introduced their Easy Fuel system, which is a minor-sounding but brilliant piece of engineering. Instead of unscrewing a cap, after flipping the fuel door open you simply stick the nozzle through a little spring-loaded gate that automatically seals shut when you're done. It's so simple and intelligent that it makes screwing and unscrewing a cap seem silly, and I wonder why the other manufacturers haven't all followed suit. Interestingly enough, the Easy Fuel was initially designed because some Ford customers were apparently putting the wrong fuel in their cars. The Easy Fuel aperture is designed to detect the differently-sized diameters of a regular or diesel nozzle and only admit the correct one.

For those interested in the actual engineering behind the Easy Fuel, here's Ford's original press release from '08.