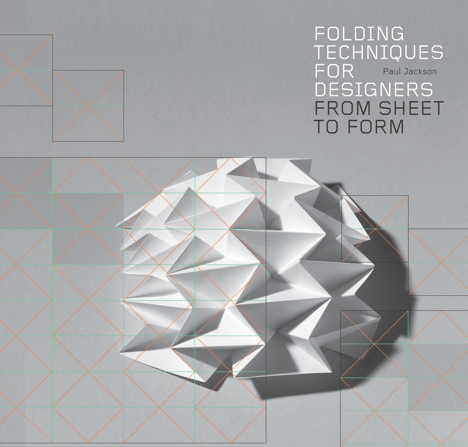 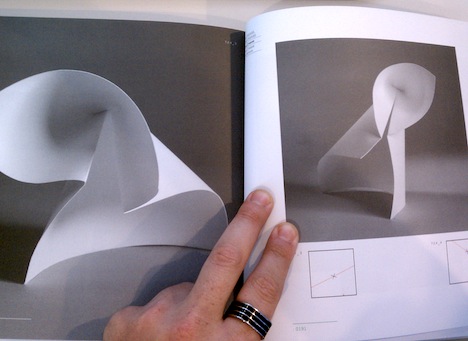 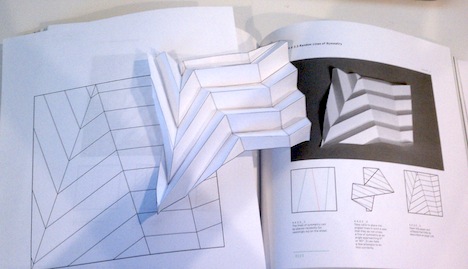 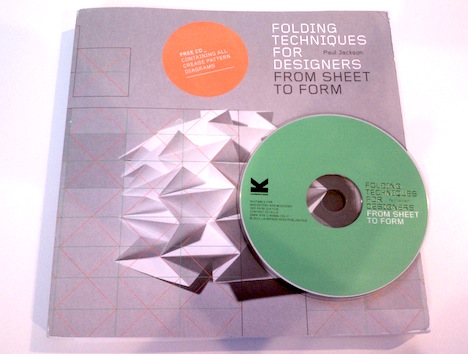 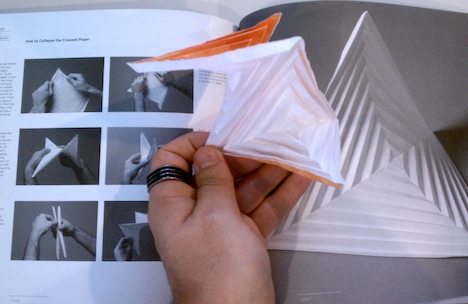 Here, I took the hyperbolic parabola pattern and folded it on a 1 X 2 sheet. It was fun to see how it made the beginnings of a spiral. A longer strip would continue the form. 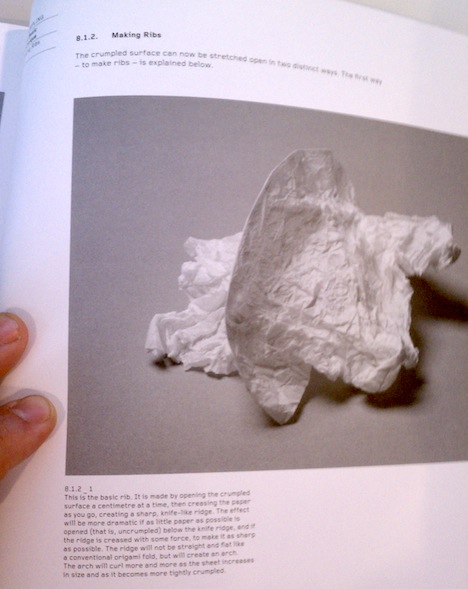 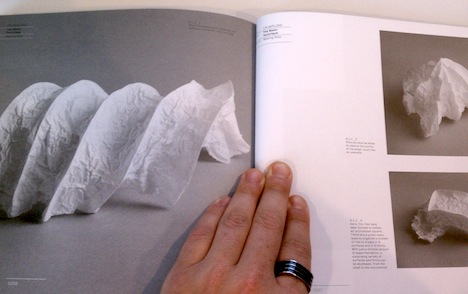 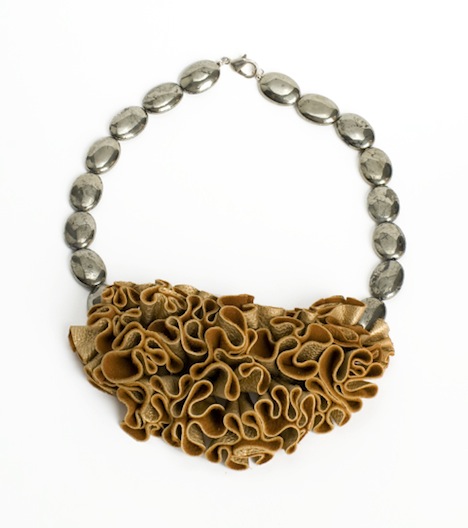 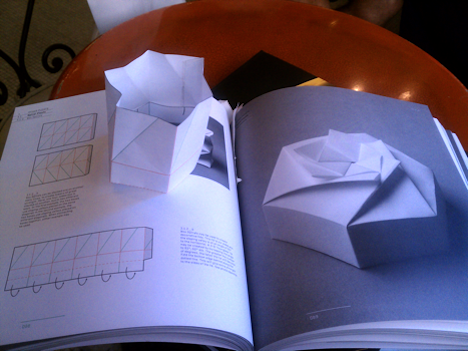 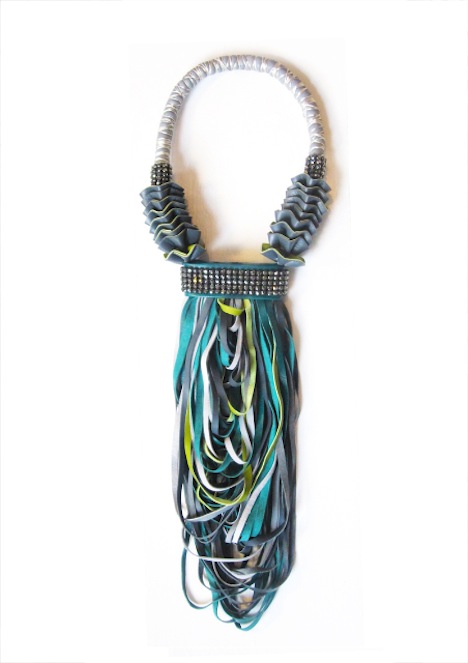