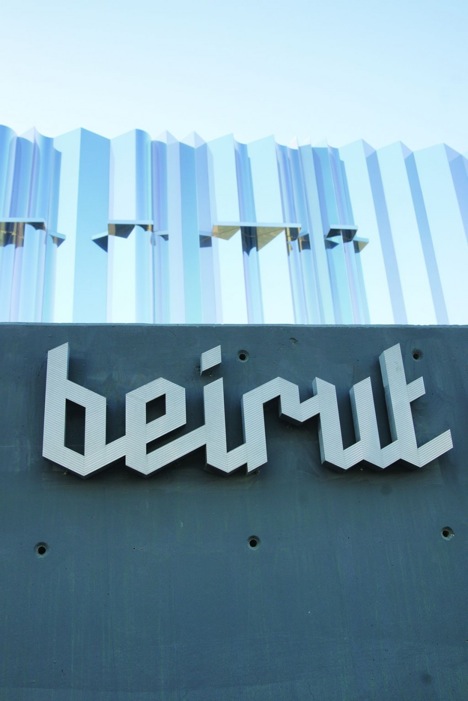 This project is the visual identity of the Beirut Exhibition Center; a non-profit space that provides a collaborative environment for art museums, galleries, artist collectives and cultural institutions. The corporate identity applications included the primary and secondary bilingual signage in Arabic and Latin through custom typography design.

My proposal was simple: to bring together the disparate visual forms of English and Arabic in a cohesive typographic approach, I distorted the rules of both in a fashion similar to how the corrugated reflective mirror building facade distorted the reflections of its surrounding environment. By transforming the original letterforms I was embodying the visual statement of the architecture. More importantly I made the conscious decision of not compromising the letterforms of one language to meet the visual language of the other at the expense of the whole. I was rather altering both equally to reach a whole based on the sum of its parts and its own unique visual language. 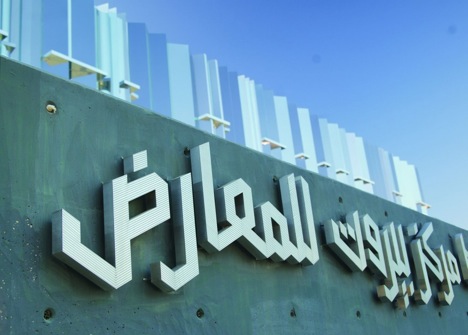 Perhaps the most meaningful moment of this project was how I landed on the professional photographic documentation. I documented the project myself with my artist friend Alfred Tarazi (who took some of the better shots). A few months later an email from a friend with a facebook link took me straight to a picture of the BEC sign with a crop on Beirut.

My friend had tagged me on the image of this photographer Tinko Czetwertynski, whom I did not know and who shot this picture while on a visit to Lebanon. Needless to say I contacted him, thanked him, got his permission to use his pictures, and of course added him as my friend on facebook! oh the woes and pleasures of social networking. At that point I realized that the project was getting people interested and excited both conceptually (as an art center) and visually (as architecture and signage).