The latest issue of Fast Co.Design's more traditional parent (magazine, that is) Fast Company hit the newsstands today, and it's a doozie: not only is it printed on paper, but it's a paean to the United States of Design. 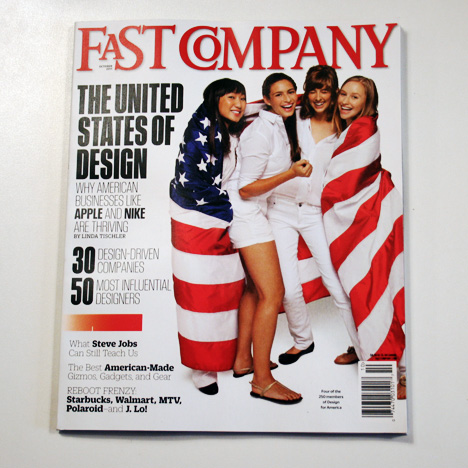 In all seriousness though, our friends at the venerable business periodical have put together a nice design annual this time around, providing a timely and relevant window into the topic at hand.As in years past, the annual [design] issue will recognize the 2011 Masters of Design—Jeanne Gang, Founder of Studio Gang Architects; Teddy Cruz, Owner of Estudio Teddy Cruz; Robert Wong, Executive Creative Director at Google Creative Lab; Aza Raskin, Cofounder of Massive Health; and Jake Barton, Founder of Local Projects—in addition to others that are influencing design in America today: Bill Moggridge, Phillip Lim, Mary Barra, and Mauro Porcini...

"Design is quickly becoming the corner stone of innovation in America, and a key differentiator bolstering a new wave of entrepreneurship in the U.S.," said Bob Safian, Editor-in-Chief of Fast Company Magazine. "That is why now more than ever, our annual Masters of Design issue resonates with our readers. We have the opportunity to watch the next revolution in design unfold." 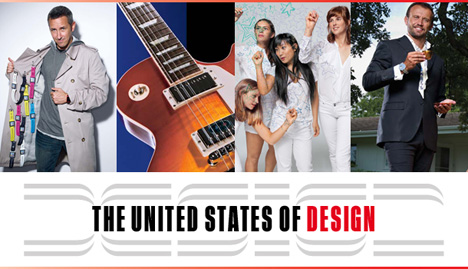 We've yet to dig in to it from cover to cover, but (per the press release), the content is viewable more or less in full online.

As Linda Tischler writes in the feature:America's greatest business success of the late 20th century was Silicon Valley entrepreneurship, which spawned so many companies and spurred so much job and wealth creation; American design is the echo of that phenomenon, with the potential to be yet another distinctive and valuable American asset...

Less focused on creating stylish one-offs and more on the needs of real consumers, American design is having global impact in everything from fashion to human/machine interfaces, system design to artisanal craftsmanship, health-care devices to, yes, that miniature watch/alarm clock/pedometer/music player on your wrist.

Tischler paints the state of American design in broad strokes, but she provides dozens of examples of stateside designers and products alike, most of which have risen to prominence in the past decade, eventually placing the American spirit of innovation within a broader economic context. 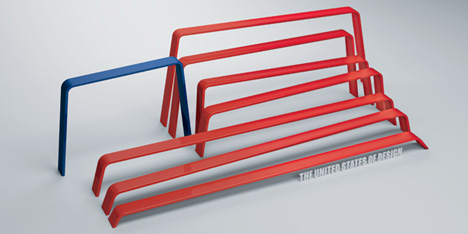 To further its commitment to design, Fast Company will be hosting its annual Masters of Design event, honoring this year's Masters and celebrating design in America. The event will be held at Stephan Weiss Studio on October 19, 2011. Fast Company is also partnering with National Design Week, Cooper-Hewitt's largest education initiative that aims to draw national attention to the ways in which design enriches everyday life. National Design Week takes place in New York City from October 15-23, 2011.

It's worth noting that Dwell's October issue tackles the very same subject, with a particular focus on architecture and interiors as per their editorial inclination. 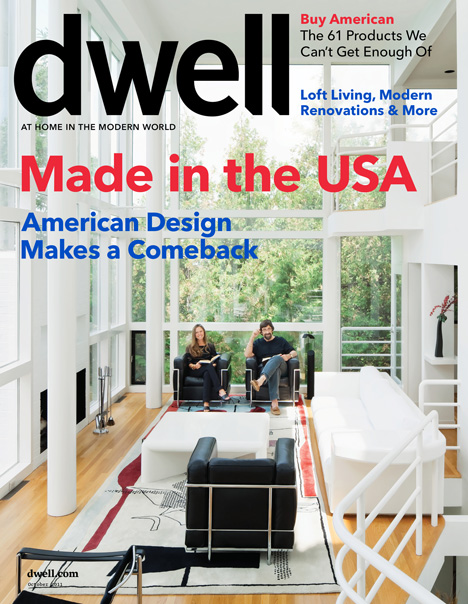 In fact, it's hard not to notice the increasing popularity, short of fetishization, of American designed/made goods... to the point that backlash seems imminent (let's just say we're more likely to give the "F Yeah" seal of approval to, say, J.L. Lawson than Levi's.)