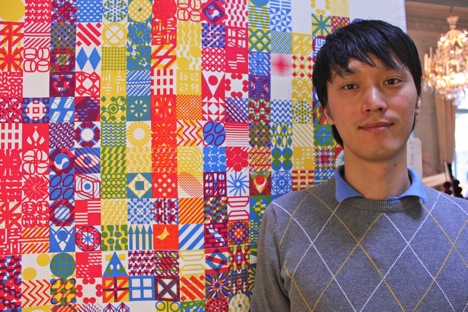 Showing some serious dedication to promoting her country's ever-growing design industry, the Swedish Ambassador to London has given up her stunning central city residence for the whole of design week to display some of the latest work by Swedish designers. A lot of the work we recognised from our visit to Stockholm Design Week last February but Kyuhyung Cho's experimental typography really captured our imagination.

Producing fonts out of his delicate surreal sketches and geometric forms, Konstfach student Kyuhyung Cho produces patterns and illustrations through typing out complete texts. Pictured above, Kyuhyung stands with a screen print of the Book of Genesis, the pixel-like letters overlapping to create new shapes and effects. Apparently the illustration below reads "Core77" in his font called "Creatures"—this actually being the italic version, which Kyuhyung informs us he created by imagining wind blowing his creatures from left to right. 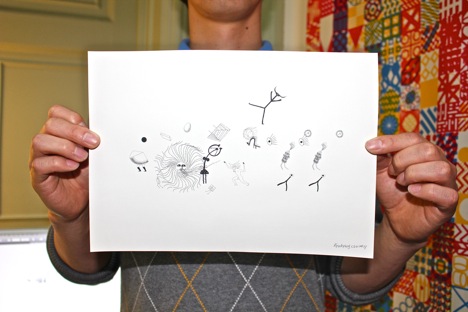 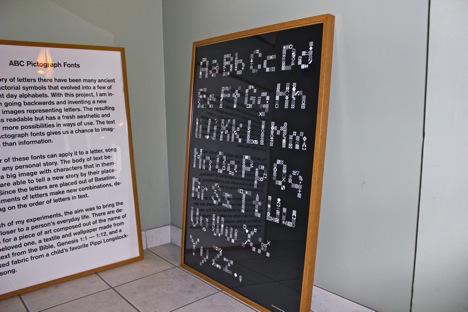 The font set used in the Book of Genesis print 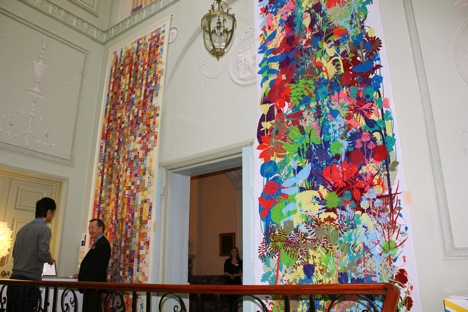 Kyuhyung's prints hanging majestically in the ornate stairwell. Where the one on the left features the Bible, the pattern to the right is created from the text of a Swedish love story.