Besides the myriad design events happening across the globe right now, Brooklyn's own DUMBO Arts Festival took place this past weekend. The programming sounded similar to projects and installations that colonize Governor's Island every summer, albeit within the much smaller footprint of DUMBO ("Down Under the Manhattan Bridge Overpass," for the uninitiated): site-specific pieces that are experimental yet accessible, mostly by local artists. 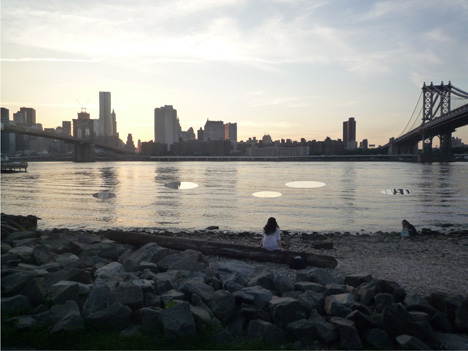 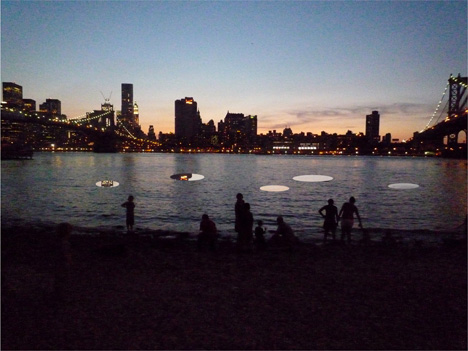 For centuries, man has placed navigation aids in the water to orient himself to his surroundings. Even with today's sophisticated GPS satellite technology, buoys are still an essential analog part of the marine landscape, allowing mariners to find their way and safely navigate through waters of unknown depth and provenance.

The BUOYS project for DUMBO proposes the placement of five buoys in the basin of Empire-Fulton Ferry State Park, [which will] float on the surface of the water reflecting the surroundings. As a point of stillness in the water, it allows visitors to the park to take notice of their surroundings in a new way.

As the action of the water makes it move, the public beach, the sky, bridges and buildings of Manhattan and Brooklyn will be reflected in their surface. The change in light will make the buoy glow orange in the water as the sun sets and as the waves moves it, reflections from the lights of both the Manhattan and Brooklyn bridge will twinkle on its surface. 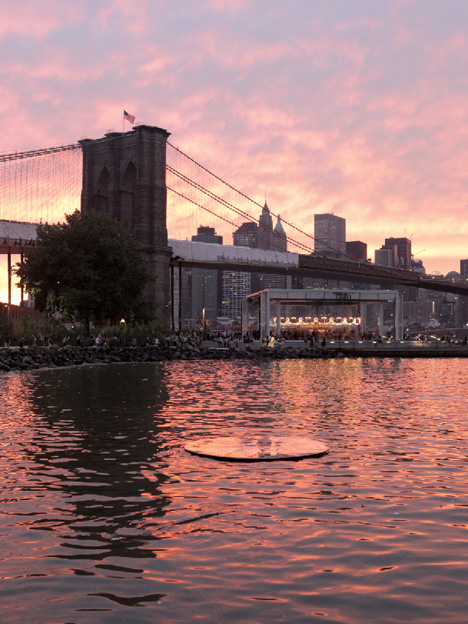 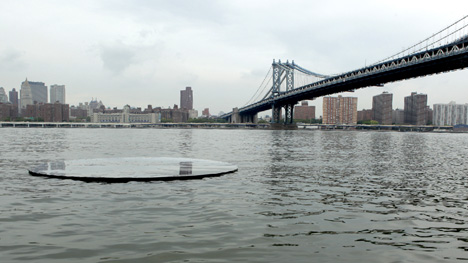 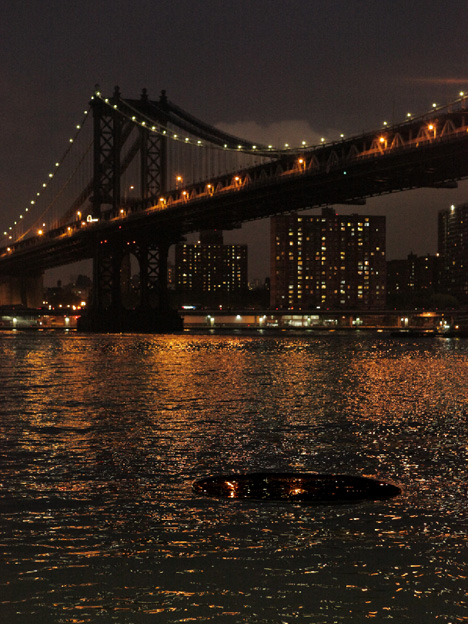 The buoy is a mirrored disk of stainless steel that measures 12 feet in diameter and weighs in at roughly 430 pounds. I, for one, can't help but be reminded of Anish Kapoor's massive mirrored surfaces or Olafur Eliasson's similarly sublime explorations of light and perception. 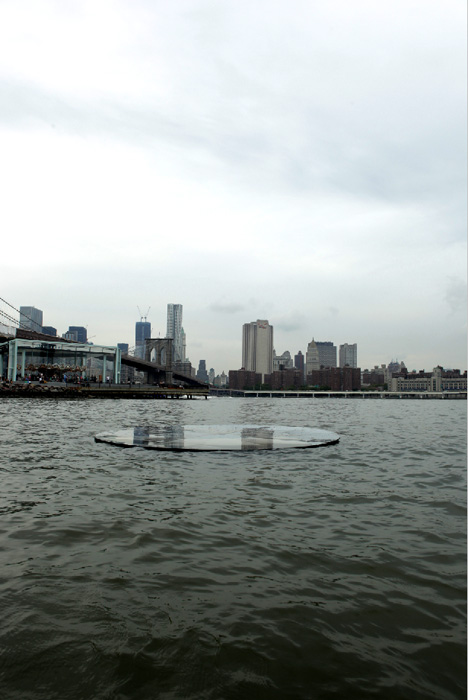 The awkwardly-named Empire-Fulton Ferry State Park occupies the waterfront real estate between the Manhattan and Brooklyn Bridges. Like much of the North Brooklyn waterfront, the area was an industrial hub in its past incarnation, since reclaimed for recreational use. We've seen a creative approach to this unique space before, but insofar as the park is still a work in progress, we hope that one of these projects comes to fruition by next summer. 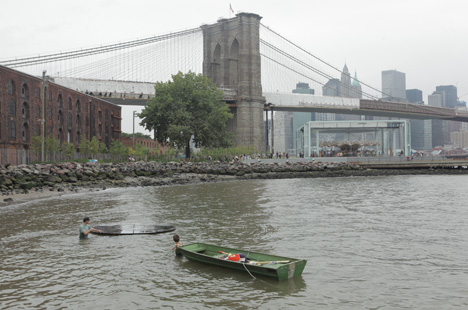 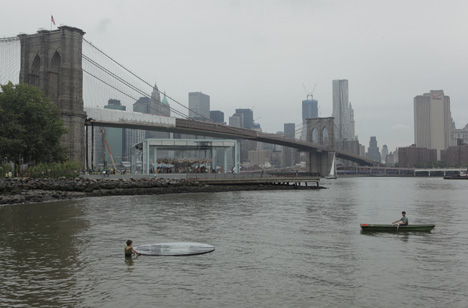 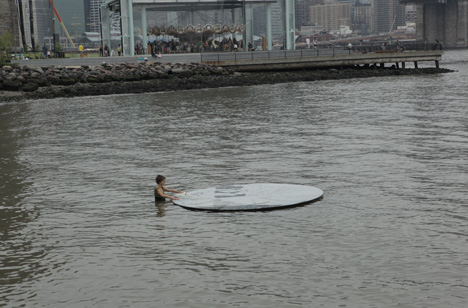 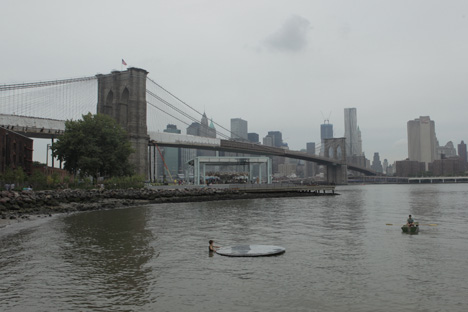 These would also be a nice touch.