The Last Trash Can You'll Ever Buy

...or so goes the tagline to Brendan Ravenhill's aptly named Dustbin. 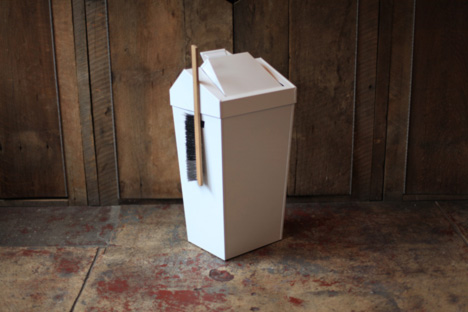 We've seen a fair share of convertible dustpans before—Lufdesign's (never produced?) pan × bin and Kawamura Ganjavian's dubious pan × funnel—not to mention garbage can galore, but none quite like Ravenhill's design, where the former has been incorporated into the lid of the latter. He's turned it on end, in a manner of speaking, such that the dustpan does double duty as the lid of the bin. 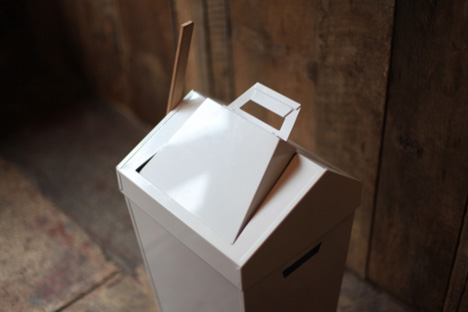 It's certainly a neat idea, executed with Ravenhill's signature thoughtfulness and attention to detail, and while I've found that plastic wastebins inevitably pick up a permanent funk, I'm curious as to whether a steel one—"fabricated by Angell & Giroux, Los Angeles, CA... powdercoated for durability"—is more resistant to odors. (Naturally, one would be wise to thoroughly clean his or her garbage can regularly, especially if it's intended to last a lifetime; who knows what ungodly stench might lurk in the bin, awaiting the chance to escape when the lid is fulfilling its responsibilities as a dustpan.) 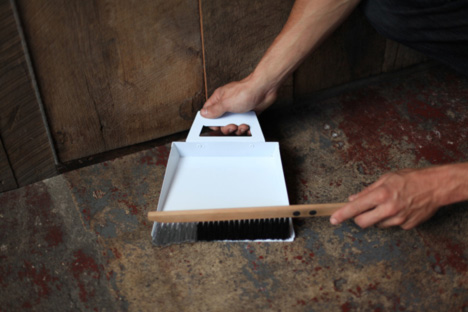 Meanwhile, the beech brush, fabricated by Gordon Brush of Commerce, CA, is about as elegant a brush as we've ever seen (I'd never even heard of tampico fibers before), but it's almost literally tacked on to the side of the otherwise minimalist form. Of course, it's a logical placement for the brush—the "rare earth magnets" are a nice touch—but it really just kind of... sticks out.

Still, the making-of video is a nice touch:

Commentary aside, we're always excited to see what Brendan comes up with next; suffice it to say that we're confident that he didn't peak with a bottle opener. 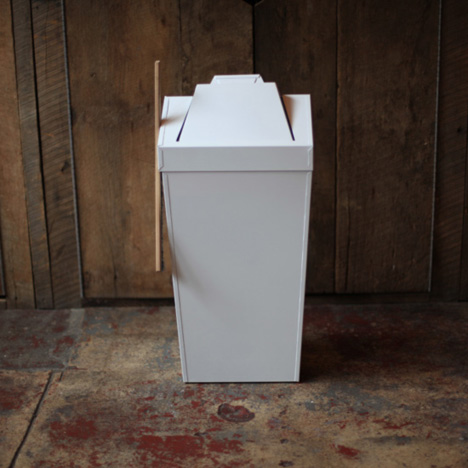 For more details, our friends at Sight Unseen recently sat down and chatted with the L.A.-based designer.