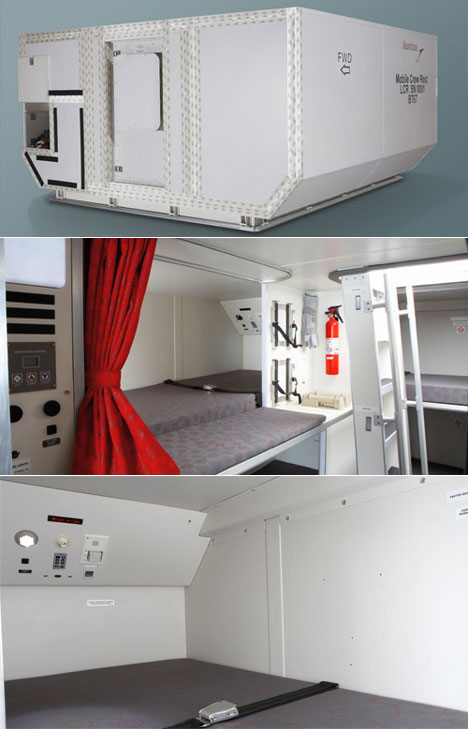 As airlines, like the auto industry, have seized upon lightweighting in order to combat rising fuel costs, design can play a concrete role in reducing their bottom lines. They'll increasingly turn to companies like TIMCO Aerosystems, a North-Carolina-based supplier that produces lightweight airplane components. Up above is TIMCO's lightweight Crew Rest Module, which can be swapped in and out of planes depending on whether they're doing long- or short-haul flights.

The first of its kind, this lightweight, fully contained and highly mobile crew rest unit was designed and built for Austrian Airlines for use aboard multiple 767 aircraft with flight times exceeding 11 hours. Consisting of two parts, a vestibule in the cabin with an integral ladder assembly and a mobile crew rest unit that resides in the cargo area, the system allows the operator to maximize use of space while providing enhanced rest facilities for its pilots and crew.

...The final unit, which sleeps six comfortably and utilizes quick connects for all electrical and other environmental and safety components, can be positioned in the aircraft in under 30 minutes. The units are exceptionally strong and soundproof, yet they are light weight, utilizing advanced composites manufactured and fitted in the company's integral composites facility.

It would be kind of neat if they made consumer-ready versions of these that, say, families or groups could rent for long-haul flights. There's no windows, but it would be cool to travel in your own cabin with a bunch of friends rather than dealing with the crying babies and seatback-tray-slammers filling the main cabin above. 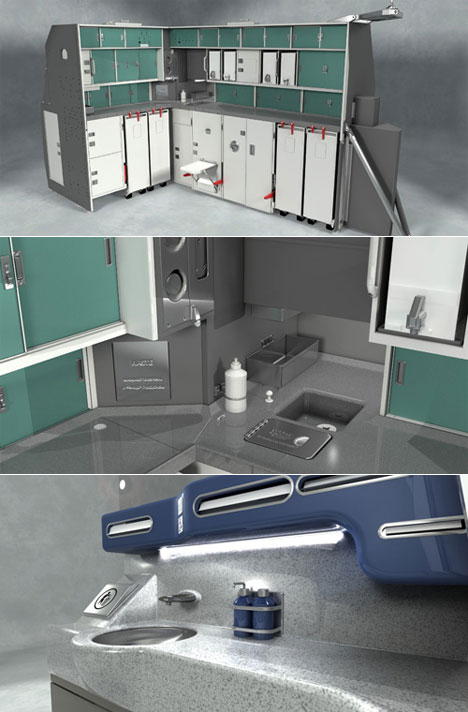 TIMCO also makes a "Featherweight" series of galleys, lavatories and seating, the latter of which have attendant data sheets downloadable here. (For those curious about lightweighting they're interesting to look through, although unsurprisingly, they do not reveal detailed explanations of the design tricks used to do more with less.) 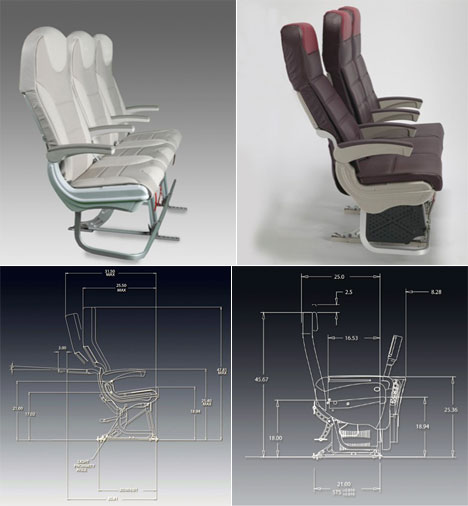