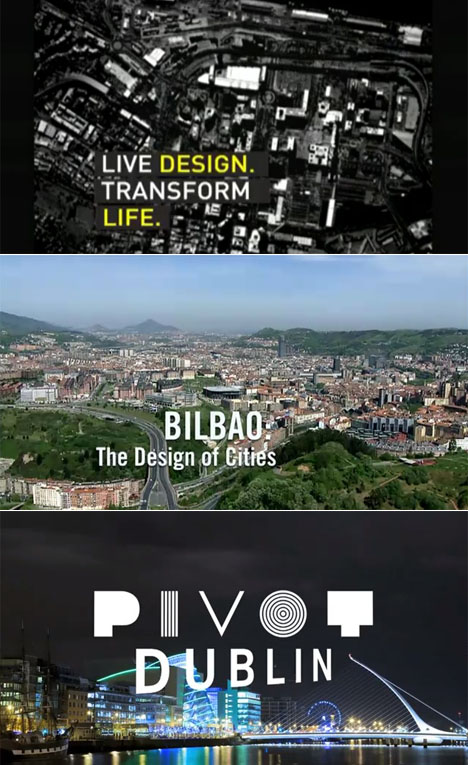 By now you've heard Cape Town has won the bid to be the World Design Capital for 2014. ICSID conferred the honor on the South African provincial capital over its fellow finalists Dublin and Bilbao, two other cities that seemed to have a decent shot.

Selecting the WDC is a complicated and multilayered task requiring assessment of a multitude of factors, but one easily digestible factor we can present here are the video bids put forth. These are essentially 5-10 minute commercials produced by each city advertising why they are an ideal site for a global design capital. First off let's check out the winning video bid by Cape Town, herein dubbed "The New York of Africa:"

As you can see it's a very basic, talking-head-style video using static camerawork, relying on the things being said to provide the dynamism.

Contrast that with Bilbao's high-production-value pitch, and you'll immediately notice a sharp contrast:

The Bilbao video is vastly different in tone, using high-def footage from a camera that never stops moving, incorporating sexy dolly shots, pans and crane shots of the city's numerous design landmarks. I find it impersonal in that there are no talking heads at all discussing the city's reasons for submitting a bid; if anything, this video almost seems to be the proud report of the results of having won the WDC in the past, resulting in all of these landmarks.

Dublin's official bid video is entitled Pivot Dublin, and features cutaways of five citizens enthusiastically and engagingly discuss "how the social, cultural and economic life of the city can grow through design:"

Hearteningly, Dublin has accepted their loss gracefully and without breaking stride. The Pivot Dublin website has been updated to contain congratulations for Cape Town, followed by encouragement for Dubliners to continue building on the work done for the city for the bid. Just this morning Pivot Dublin released a new video on the topic of Dublin's design strengths:

Congratulations to all three cities! While it's a cliché to say "It's an honor just being nominated," surely the work put in thus far to elevate these cites through design has results that do not end with the bidding process.