Adam Grossman and Jack Turner are a couple of "mild-mannered web / mobile developers" based in Troy, New York, who collaborate as Jackadam. If their Kickstarter pitch is any indication, their choice of adjectives is appropriate:

Their Kickstarter project, "Dark Sky," is a new kind of weather app that promises military-grade accuracy in mobile meteorology:Using your precise location, it tells you when it will precipitate and for how long. For example: It might tell you that it will start raining in 8 minutes, with the rain lasting for 15 minutes followed by a 25 minute break.

How is it possible predict the weather down to the minute? What's the catch?

Well, the catch is that it only works over a short period of time: a half hour to an hour in the future. But, as it turns out, this timespan is crucially important. Our lives are filled with short-term outdoor activities: Traveling to and from work, walking the dog, lunch with friends, outdoor sports, etc. 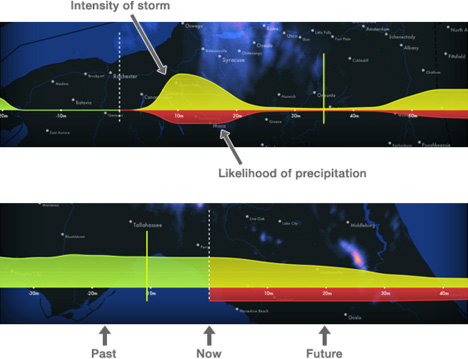 It's a great example of identifying a neglected space for innovation and then, well, innovating. Given that the weather has some kind of bearing on nearly every decision that one makes—at least to the extent that one must leave his or her home—I think that the limited timeframe makes perfect sense. It's obviously nice to know what the weather will be like over the weekend—sunny with highs in the 50s, for those of you in New York—it seems far more practical to know what it's like (at risk of snide suggestions to look out the window) right now. It's like the Twitter of weather forecasts. 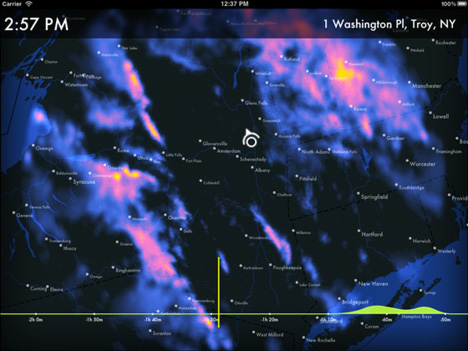 They've also devoted a bit of energy to improving Doppler radar animations in the interest of a more intuitive data visualization for storm systems.Doppler radar stations only take new images every five to ten minutes, so instead of a smooth animation you're presented with a slideshow of a handful of still images. This makes it hard to get a sense of where the storms are coming from and where they're headed.

Using the same techniques we've developed for predicting rain, we can show you what the storm looks like in between the individual radar snapshots. We replace the jerky slideshow with a beautifully smooth interactive animation. And it's not just pretty... it's easier for your brain to process and understand a smoothly flowing video than a series of images that jump from point to point. Check out the video above for a comparison! 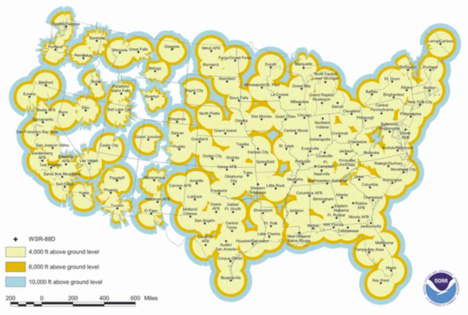 That said, they're still facing quite the uphill trek—or a headwind, perhaps—Jackadam has raised just under a quarter of the hefty $35,000 they're seeking to expand to a national scale, as well as refining the app itself. I imagine most of these costs are going towards the former, as Dark Sky is essentially useless if it's not timely and accurate. (About 300 of their backers have already pre-ordered the app and they'll be serving upwards of 1200+ users at the tentative launch date in March 2012.) 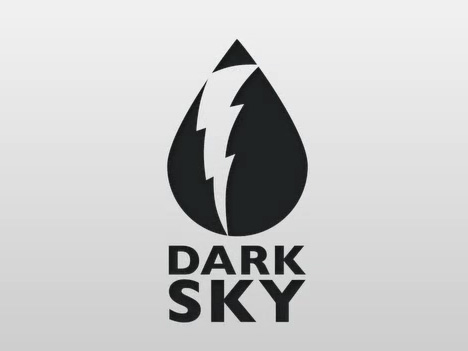 Because if it doesn't get funded and I don't get my custom "Senz" umbrella, I may just have to resort to Uberhooded shame for the rest of my days...