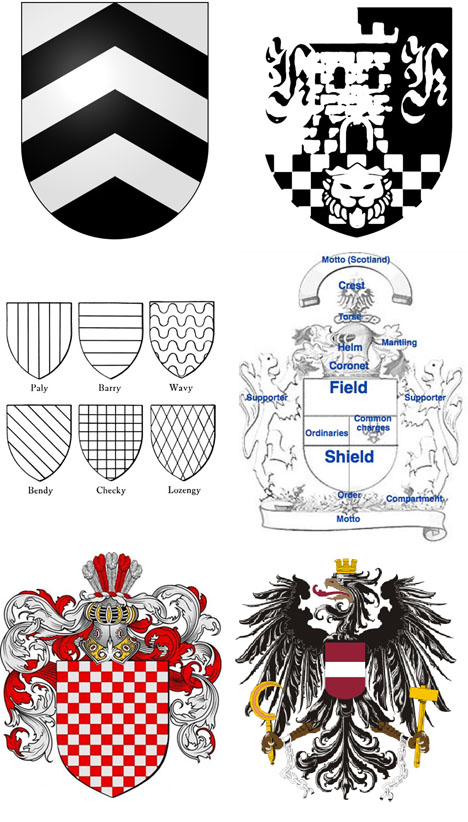 A Coat of Arms, also referred to (with varying degrees of accuracy) as a blazon, a family crest or heraldic design, is a neat example of an early design solution to a pressing problem of the time. The problem was that in the 1100s, European feudal lords doing battle with one another needed a way to visually distinguish their troops on the field. Watch a scene from Braveheart, or imagine the Rams and the Patriots going at it while wearing their street clothes, and you get an idea of what chaos pre-graphic-design battle must have been.

The solution was to paint shields and banners with graphic patterns unique to the house that bore them. I always wondered if the development of these patterns were cooked up in-house or outsourced to a local artisan, in an early example of a graphic design consultancy; if the latter, I'd have loved to sit in on that meeting. ("If it please milord, the black stripes represent the cultural manifestation of our lands, and the white circles are there because I've gotten really good at drawing white circles.")

Over time the symbols grew increasingly more ornate, rather like our current-day computer renderings advancing in pixel resolution. If two families married, their symbols could be combined, like this: 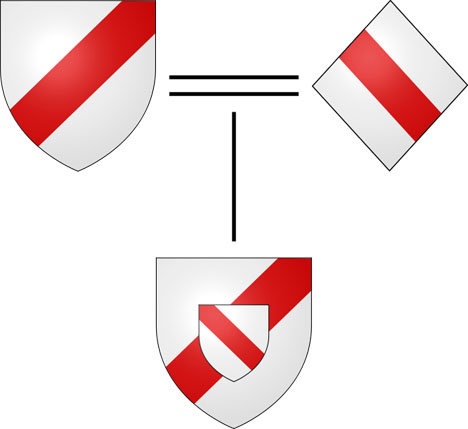 As that trend continued, the graphics got more complicated: 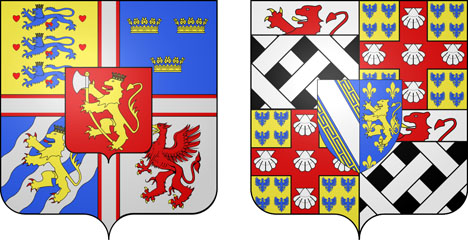 Eventually what was once a series of boxes, stripes and geometric shapes came to encompass flora, fauna and artistic decorations all representing characteristics of the house. They also became more democratic, as commoners and even individuals began to devise their own. By the 1980s, even we uppity Americans had them: 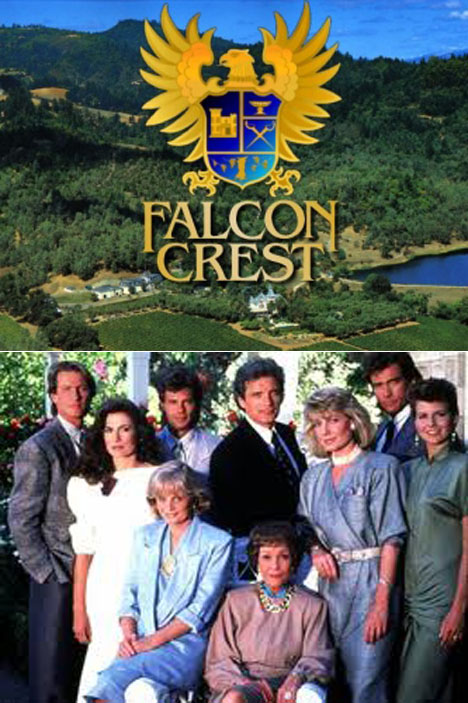 These days you can still find abundant examples of family crests online, though the images often no longer have the family names attached. Historians can probably trace the lineages, though the rest of us simply have to make educated guesses. 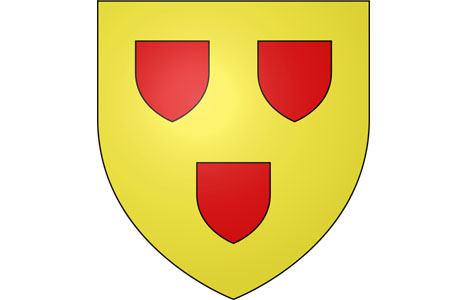 Presumably belongs to the Earl of Powerplug 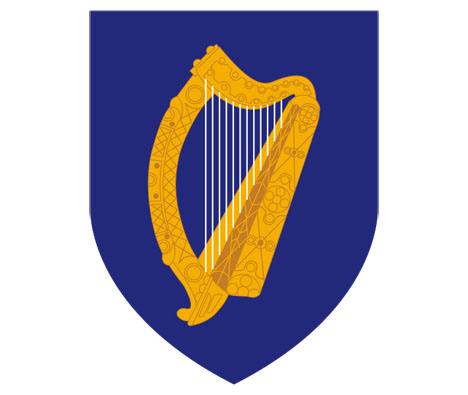 This one, the Duke of Flashback

Up Next: The Japanese Mon