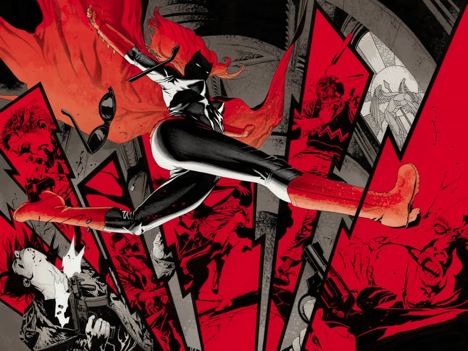 We've spotlighted comic book cover artists before, but now it's time to list seven graphic novels every designer should know. When you're at the next design firm holiday party and your co-workers are rambling on about the "complex psychological profiles" of the characters in Watchmen, you can speak up about the hottest graphic novel you just read (as recommended by the Core77 clogger team). Without further ado: 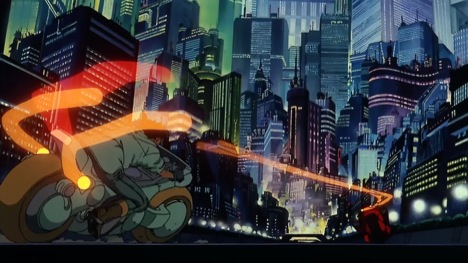 I usually won't go near manga with a ten-foot pole, but Akira is too mind-blowing to ignore. Otomo's epic opus is about many things, from telekinesis to love to motorcycles, but most importantly it's about the relationship between city and self. The setting of Neo-Tokyo constantly reflects the progress of the story, starting off as a dark city full of mystery and ending as a wasteland where only the strong of heart and mind can survive. Neo-Tokyo also survives a series of explosions, nuclear and otherwise, scarily fitting given recent history. The entire series is contained in six telephone book-sized volumes, enough to give your arms a decent work out while reading them. 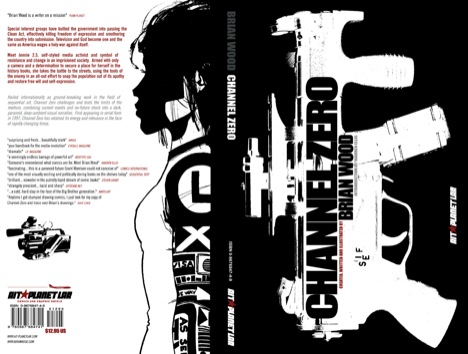 Brian Wood, now known for his NY Times-critically acclaimed work DMZ, started off with this series about technology, journalism, and an oppressive government. Wait! That also sounds oddly familiar... Either way, Channel Zero is jam-packed full of street art details and is definitely worth a look. 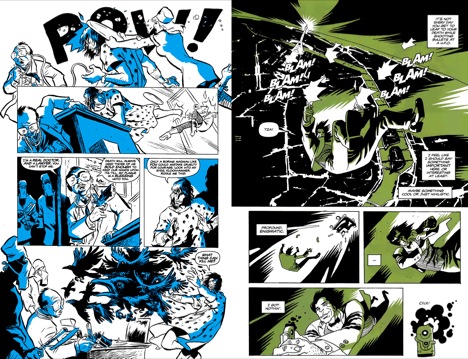 You could sum up Casanova as a James Bond-like tale of interdimensional espionage, double-agents and giant robots, but, well, that wouldn't even really scratch the surface. The original printings were drawn in B&W with one other color that changed based on the mood of the issue/chapter, making for graphically and visually engaging art. 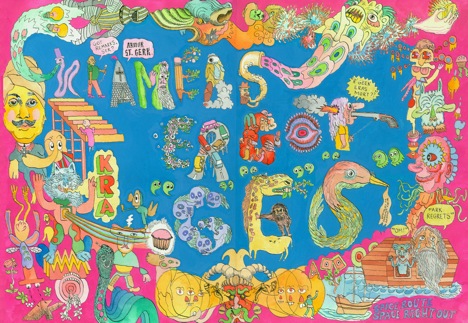 Long before there were those lame Barnes & Noble "anthologies" of best graphic novels, the folks at Buenaventura Press were busy releasing their phantasmagorical collections of comics, Kramer's Ergot. Each collection contains work from some of the most creative names in alternative comics and as a whole are pure candy for the eyes. The most recent edition, released a few years ago, is a staggering 16" x 21", perhaps too big even for your Herman Miller coffee table. 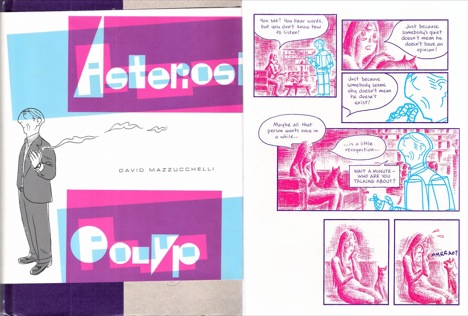 Mazzucchelli, of Batman: Year One fame, released this masterpiece about an architecture professor a few years ago. Told through flashbacks, dreams, and art styles that change to reflect the scenes, Asterios Polyp will take more than one reading to fully digest. The story is all about a fall from grace and coming to terms with one's true self. 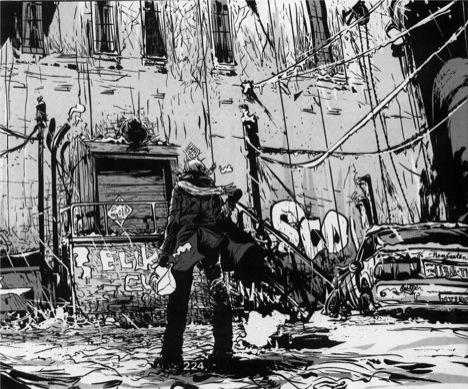 Any of Paul Pope's ouevre of comics are a drug-trip barreling through ink brushes and sci-fi car chases. 100%, drawn in beautiful greytones, is an interweaving story of bartenders, dancers, and fighters in a cyberpunk metropolis. Unlike many comics that waste time trying to explain how the world ended up this way, Pope throws the reader right into the action with little abandon. His stories are also treasure troves for conceptual dirty, futuristic technologies, very different from the clean, Apple future we've been fed. 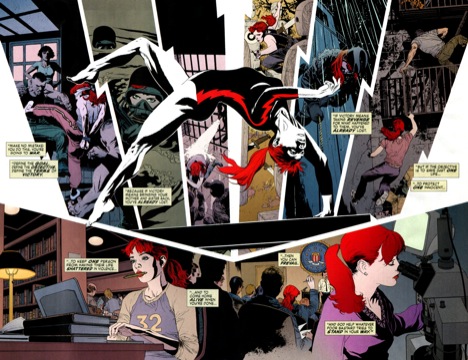 OK, so Batwoman is probably the last graphic novel you'd ever expect to see on this list, but the Eisner award-winning series is the best-designed mainstream comic book you will ever find. Each page is a work of art in itself, with the individual panels forming a larger, more immense image across the entirety of the page. You do not necessarily read Batwoman: Elegy as much as you absorb it. And if a co-worker makes fun of a seemingly girly comic, you can respond that the Jewish lesbian title character challenges modern-day comic book stereotypes and paradigms. That might shut them up. 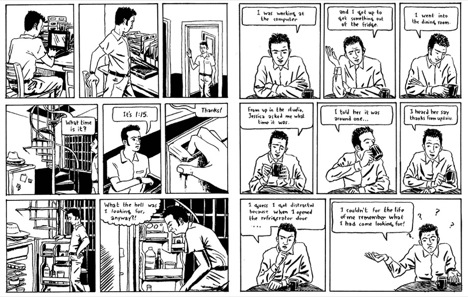 Matt Madden takes the same one-page story, similar to Raymond Queneau's Exercises in Style, and tells it over and over again in a never-ending assortment of styles, each more fun to read than the last. Madden changes the drawing style, the perspective, and even the idea of a narrative itself, telling the story in binary and as a map. For designers who need to kickstart an ideation workshop, 99 Ways to Tell a Story will help open up your mind to new ways of considering even the most banal of experiences.