Move Over TikTok: ODDIO1 Finds a New Place to Hide an iPod

It seems that we've been seeing a glut of consumer audio solutions lately, collectively comprising a veritable addendum to our Ultimate Gift Guide (in which David Auerbach of Dijital Fix has you—specifically, your ears—covered). 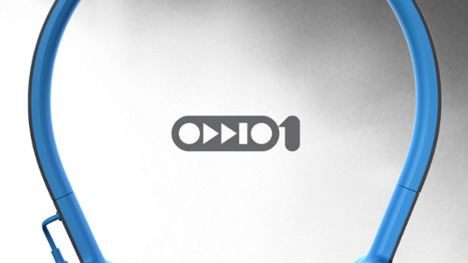 Of course, there still seems to be room to grow in the headphone/speaker category, at least to the extent that crappy earbuds remain the de facto stock accessory for audio players (read: iPods). While Dr. Dre continues to build his electronics empire, Utah-based designers Jeremy Saxton and Jacob Hall have taken a more forward-looking approach to headphone design. Taking a cue from Scott Wilson of the wildly successful TikTok & Lunatik, the designers have cleverly combined the iPod Shuffle with the one accessory that its function is contingent upon: an output device. 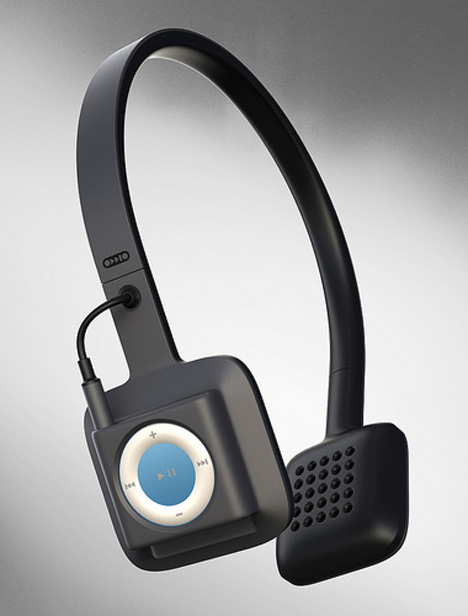 The ODDIO1 represents the logical extension, in a manner of speaking, of cord reduction in the interest of streamlining the on-the-go listening experience—specifically for exercise and outdoor activities. By integrating an mp3 player into the headphones themselves, the ODDIO1 effectively cuts out the middleman of excess cabling, something like building a speaker around the iPod Shuffle, and the square-ish form factor of the cans is likely a reference to the iPod Shuffle itself. 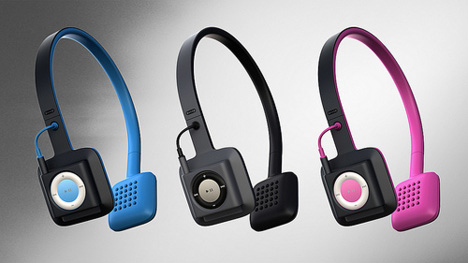 Just as armband-based sports mp3 players existed prior to the TikTok & Lunatik, all-in-one headphone+mp3 players are nothing new. Thus, like Wilson, Saxton and Hall hope to extend the value—and design—of the iPod as opposed to competing directly with either mp3 players or headphones. 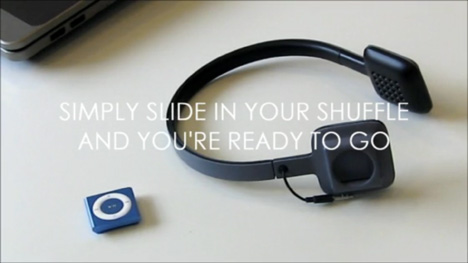 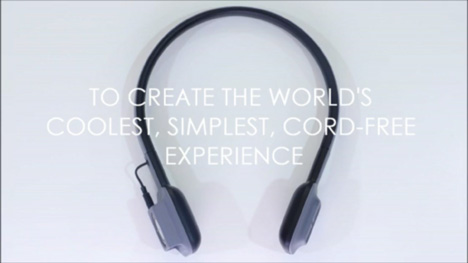 Check out the pitch after the jump:

One question: is the right ’phone weighted to compensate for the weight of the iPod Shuffle, or is the 0.44 oz (12.5g) negligible even for extended use? And, alternately, do the ODDIO1s play nice with other devices (with an 1/8” male-to-female extension cord)? 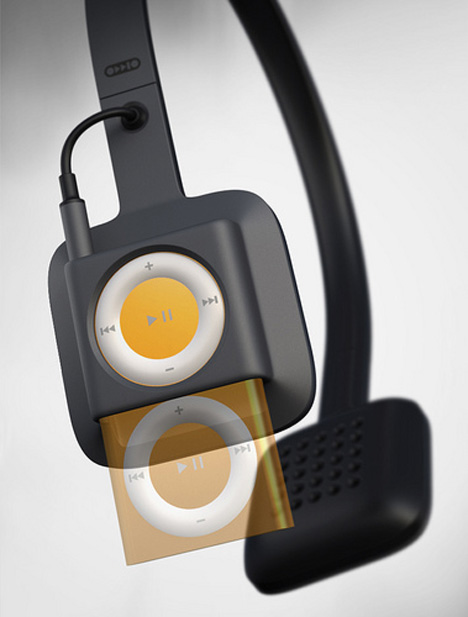 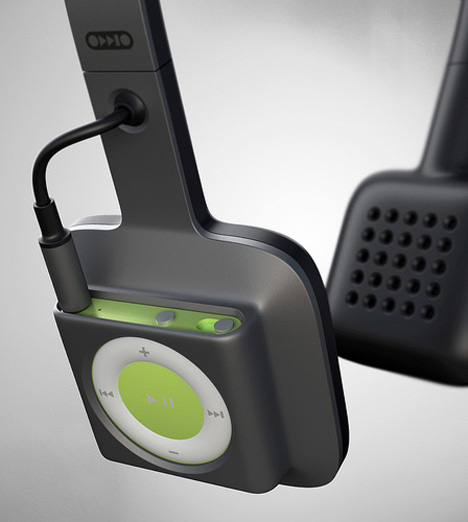 Which brings me to my next million-dollar idea: the ODDIO2, with two separate iPod Shuffle slots for the left and right ear, with a cross-fade slider that spans the headband. Forget the iPad DJ, the next generation of audio accessories will let users make mixes in (or rather, on) their heads... 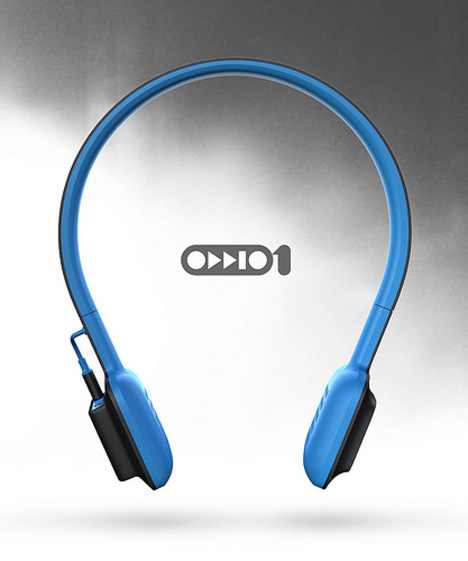 Move Over TikTok: ODDIO1 Finds a New Place to Hide an iPod