Household lighting is a singular challenge for industrial and interior designers alike, insofar as it (selectively) illuminates and ultimately defines a space. Lamps are typically subject to everyday use, yet they also present an opportunity for an individual to express him or herself through design. 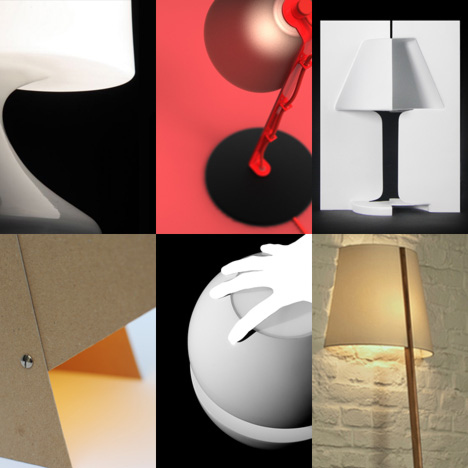 Meanwhile, the challenge of minimalism as a design principle is that there is only so much that a designer can take away in the interest of paring an object down to its essence; at a certain point, he or she ends up reapplying signature touches. 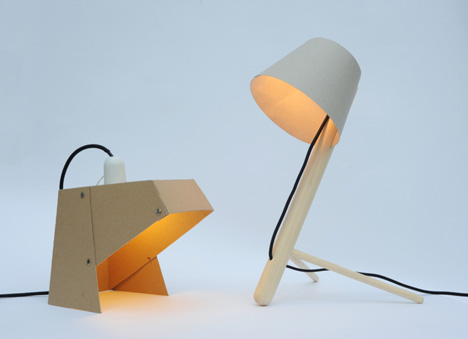 However, it seems that designers may eventually exhaust the possibilities of expressive flourishes within the minimalist approach, as several of these Flotspotted designs might be considered to be variations on themes within a broader aesthetic. As always, some are more successful than others, though each is worth a closer look. 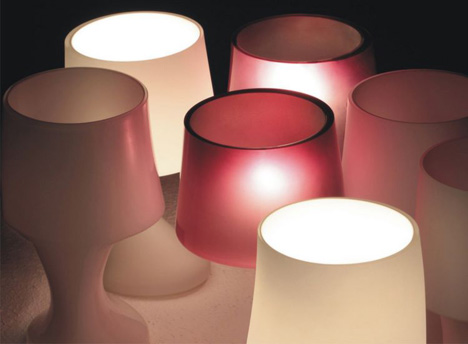 Chiara di Vincenza's "Plì" is quite charming, something like a bioluminescent solid-glass mushroom when presented in haphazard clusters as in her product photography. Anyone care to translate the copy from Italian? 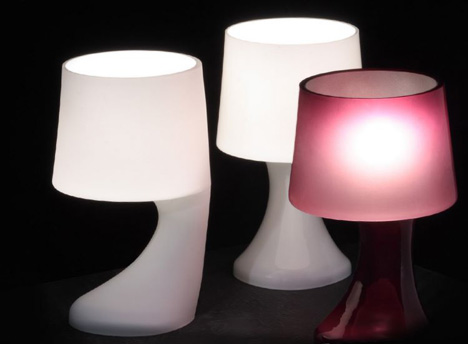 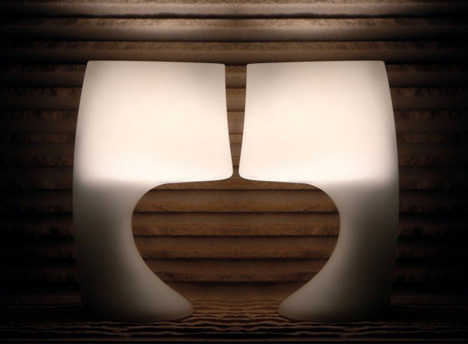 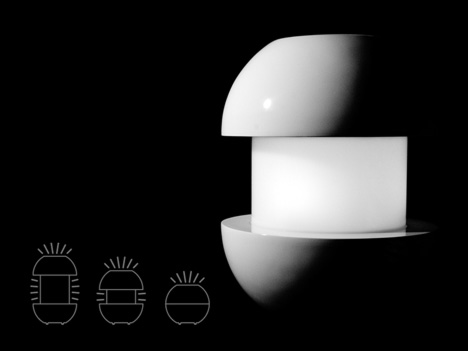 Victor Folk's extensible egg lamp concept would make a nice complement to John Van Den Nieuwenhuizen's Hidden Radio. Perhaps one day, all variety of household electronics will be hidden in ovoid exterior, indistinguishable until their tops are lifted to reveal the light or music within... 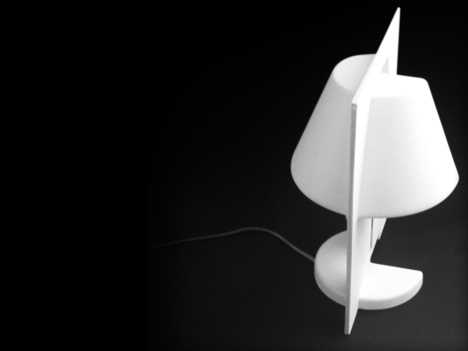 I think that Valentin Sollier's bisected lamp, a (intentional?) riff on clamshell packaging, is rather more successful than Monocomplex's "1/2 Lighting," which was just a bit too overdesigned for my taste. 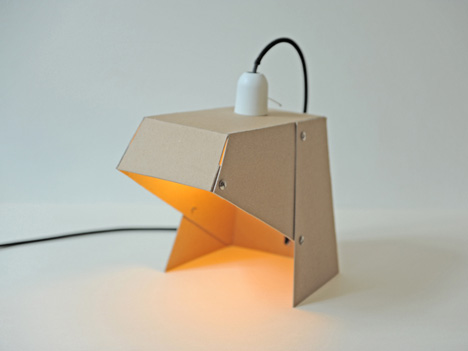 Terkel Skou Steffenssen's done a nice job incorporating natural materials and, in effect, a bit of warmth to his otherwise minimalist lamp designs. Steffenssen's "Mylamp" is a sort of DIY desk lamp that mostly consists of a pre-cut cardboard pattern. The worst thing I can say about it is that I could easily make it myself. 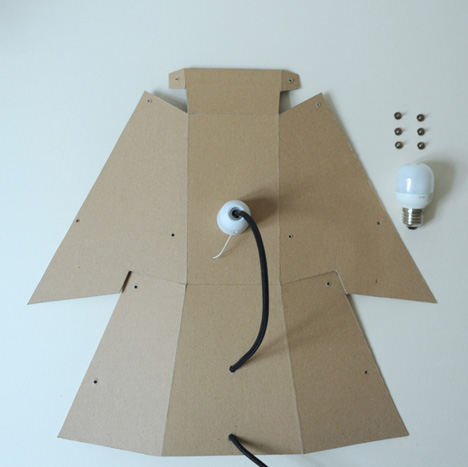 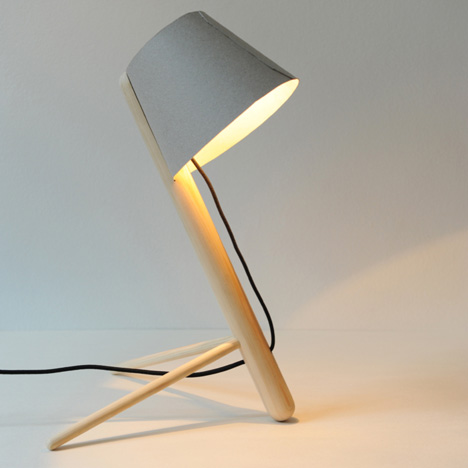 The "Pinelamp" (above and below) is just a bit more elaborate, consisting of three dowels and a paper shade; the wooden shaft supported by two legs conjures a pleasant memory of the walking brooms in Fantasia. 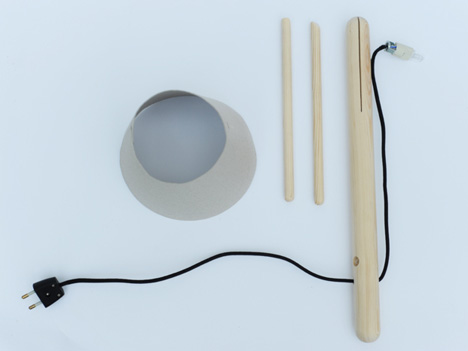 Paul Isabella's "Kast" concept (below) is a slightly more modernist take on the same form factor. 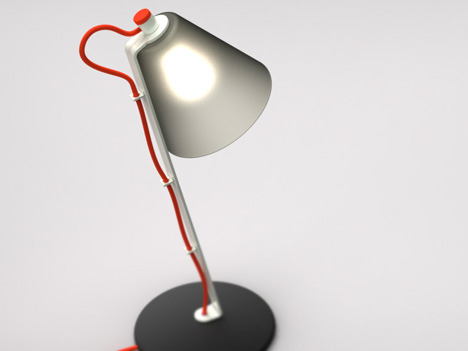 Lastly, Florent Degourc and Wolfgang Wergen have also come up with remarkably similar "leaning lamp" concepts, simplified takes on a design we've seen in the past.