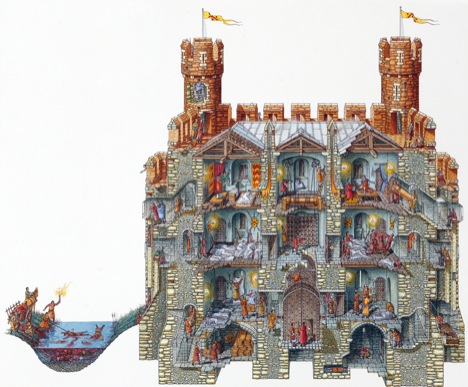 In this post, I'll look at the cutaways of British illustrator Stephen Biesty, whose love of cross-sections was inspired by the work of L. Ashwell Wood (featured in Part 2). Where many cutaway artists might just show the insides of a machine in a very static way, Biesty slices and dices, exposing vehicle internals like a cut loaf of bread. Biesty garnered fame in the early 1990's with his series Incredible Cross-Sections through DK, with 3.5 million copies sold. 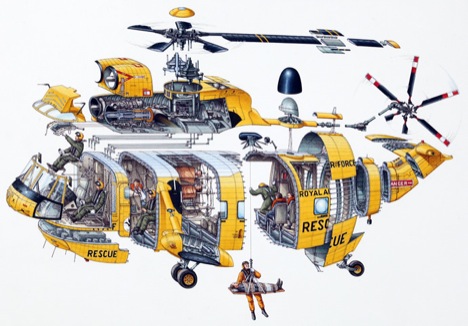 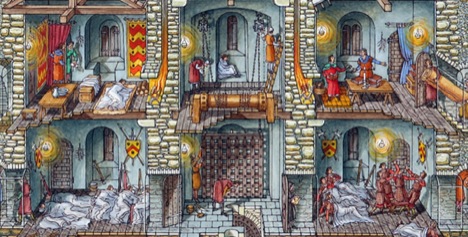 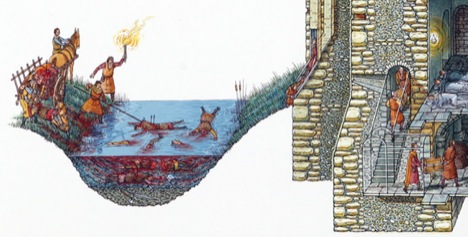 What I love about Biesty is how fearless he is with his subjects for cross-sections; he's done everything from vehicles to castles to the entire human body. But he's not just illustrating static diagrams, he's telling stories through the cross-sections. He has a cast of hundreds of characters you need a magnifying glass to find, winding their way through a daily routine in medieval England or aboard a Spanish galleon. For example, in the case of Castle, there's a spy who starts outside the castle on the title page, then works his way through the castle as Biesty slices it up, and eventually leaves on the last page. 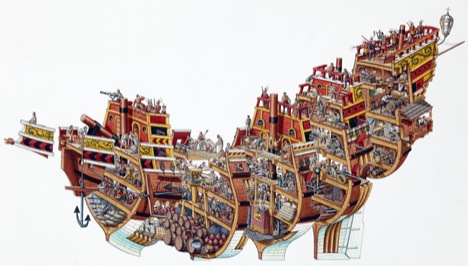 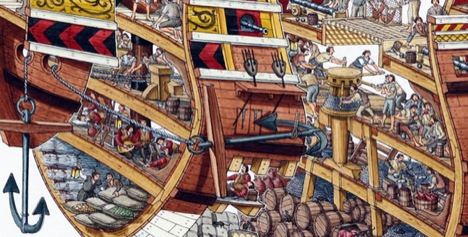 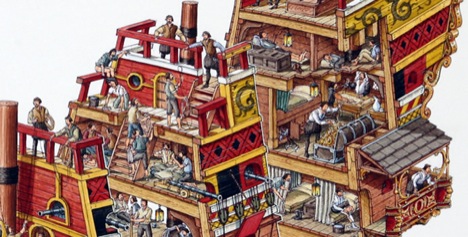 Biesty calls his illustrations "atmospheric cutaways." As described above, it's this other element of including a story that brings the cutaways to a whole new level that you just don't see in other books, except maybe the Star Wars books from Hans Jenssen (Part 1) and Richard Chasemore (Part 7... just wait for it).

Biesty even did some interactive CD-ROMs of his cross-sections (yes, software existed before apps). Here's a demo based on his Man of War book: 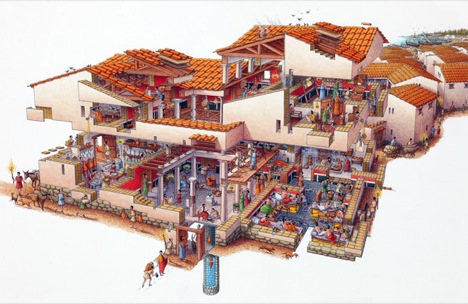 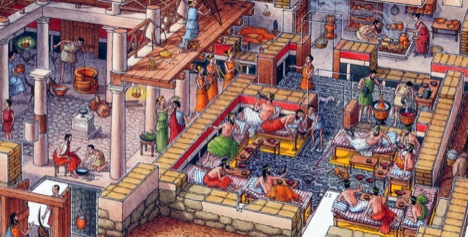 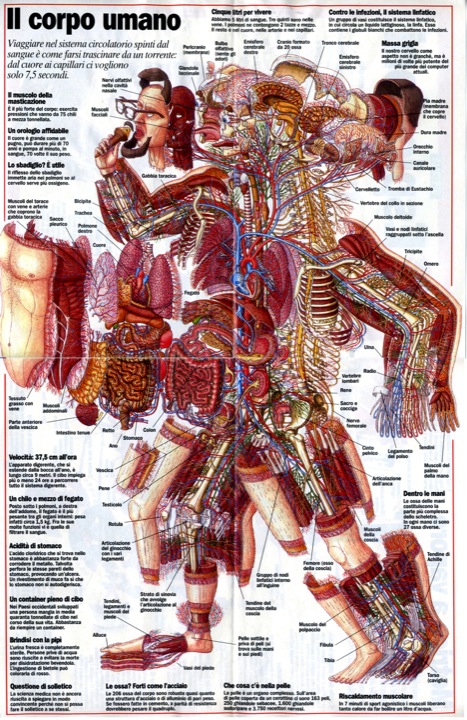 Lastly, I stumbled on this hilarious Biesty illustration of how all the Indian restaurants in London get their curry from a central distribution system! 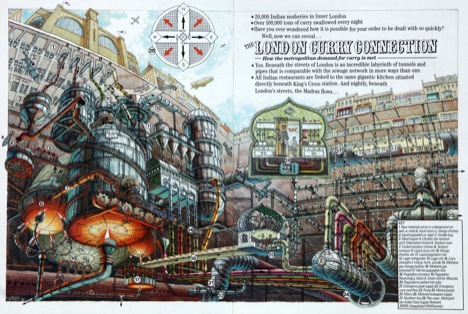