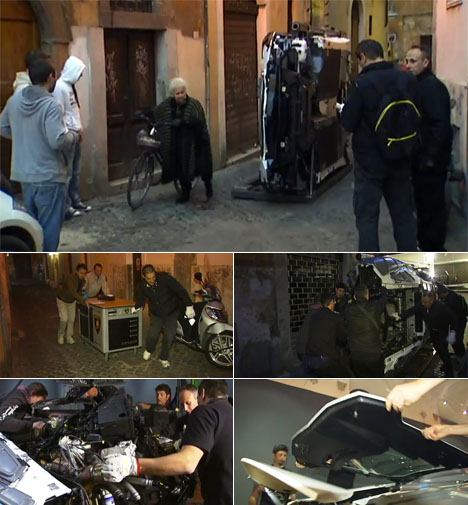 Rome's Chiostro del Bramante Museum was erected during the Renaissance, when even Leonardo da Vinci could not have predicted a vehicle like Lamborghini's Aventador supercar. Unsurprisingly then, the Museum lacks doors that would accommodate such an object. So when Lamborghini decided to display one there last year as part of the "La Forza Del Toro" exhibit, they carried the car in chunk by chunk and assembled it on site.

The following briskly-edited video gets the process down to two minutes and change, and makes you realize Lambo technicians are the last people you'd complain to about having to assemble complicated Ikea furniture.

And yes, presumably they had to do it all over again to get the car back out.