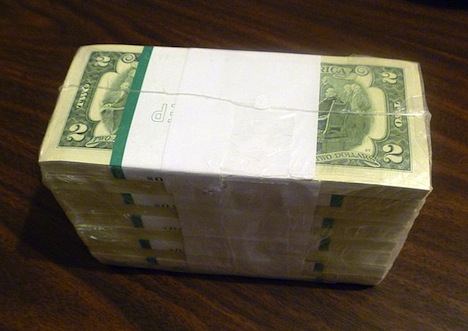 By Edward Betts (Own work.) via Wikimedia Commons

If I could convince you of one thing, it would be this: Crowdfunding is not Nyan Cat. Nyan Cat will be the answer to a Trivial Pursuit question in 10 years or so. If it's lucky. Crowdfunding is radically changing the way things are made.

That's why it bugs me when I see the inevitable Internet eye-rolling starting to take place. "Oh great, another Kickstarter project." Look past the avalanche of Apple related accessories. Lower your designer snark rays for just a moment. Just because something is trending on the Twitter, doesn't make it bad.

Crowdfunding is the most important thing to happen to industrial designers and people who are interested in making things since, oh I dunno, CAD? Outsourcing? 3D printing? User-centered research? I know that's pretty big talk for something that's only been in the design community consciousness for a year or two, but think what crowdfunding means for a solitary designer or a small team of people who have a *really great* idea and the know-how to get it made, but no money.

Think of all of the times you have been in meetings with people who make decisions that designers are generally not allowed to make. Think of bringing your hacked up prototype to a bank and explaining to the loan officer that "Yes, even though this is made out of blue foam, the actual thing will be made from molded plastic." Think of building up enough courage to go it alone, and then staring at the ceiling at night worrying if you are committing your family to eating ramen for the next couple of years while you chase your crazy dream. Think of having investors tell you they love everything about your idea, except 80% of it. And the color.

Now think of side-stepping all of that. You refine your idea on your own. You talk to manufacturers and see what it would take to get it made. You work out the budget. You shoot a video marketing the idea and explaining what you need to get it done.

Maybe it doesn't get funded. But at least then you can say that you tried and failed on your own terms, without going tens or hundreds of thousands of dollars into debt. At the very least, you have an interesting portfolio piece to talk about and maybe if you're feeling frisky, you refine it further and try launching it again.

But what if it does work? You get funding. You get confirmation that your idea is good and should exist. Holy crap.

Herein lies the revolutionary aspect of crowdfunding: Product designers can finally tap into the Internet money pipe. For years we have had to sit on the sidelines while nascent web companies attract investors or bootstrap it themselves. It's not because we're lazier than Mark Zuckerberg. It's because the cost of entry into shipping atoms is dramatically higher (both in time and money, but especially money) than it is to ship electrons.

To start Facebook you need the skills, a laptop, a server, and a few months of late nights. (This is a dramatic oversimplification. Sorry Zuck and every software/internet developer ever.) To start a company that gets something manufactured, you need all of that plus a ton of cash. Prototyping, tooling and fulfillment are tremendously resource intensive. Have you ever wondered why VCs tend to back web startups, but for the most part leave hardware startups alone? Money. Crowdfunding lowers the money barrier.

Ok great, so some dude can get the money he needs to make an iPhone case that mounts to his forehead. Hey, what did I tell you about the snark rays? Let's think bigger picture here. What are the long-term implications of designers having a lower barrier for funding their pet projects?Do you know who Tony Fadell is? Tony is the guy (Well, one of the guys. In any event, one of the major players) behind the iPod and the iPhone. He recently just launched a company and a product called Nest. You probably have seen it before. It's a thermostat that learns your home's temperature patterns and starts to proactively control your A/C and heating for you. The design is a beautiful re-imagining of the classic Henry Dreyfuss dial thermostat married with a smartphone. Needless to say, I want one. 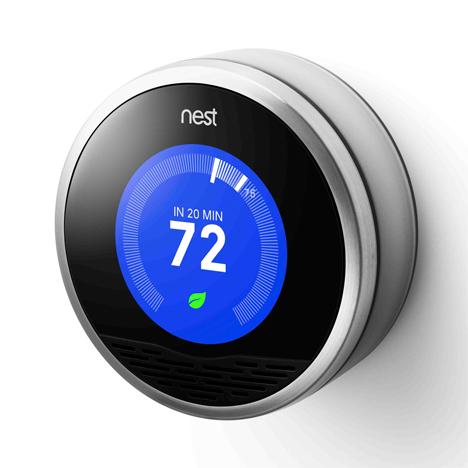 Every review of Nest focuses on how Apple-like it is. Meaning: It works so well that we didn't know how bad everything else was prior to seeing it. The product, the packaging, the way you attach it to your existing wiring (It comes with its own specially designed screwdriver! It has a built in level!), the UI, EVERYTHING! is well thought out.

Now, you could argue that Tony is a genius product development guy, with a great sense of taste, and of course whatever he's going to do is going to be amazing. You would be right. But I have to think that his time at Apple had a major impact on how totally thought through the execution of Nest is.

What about the rest of us? Don't you think that every designer, every person who cares about making stuff has been influenced by the Apple way of doing things?

I think there is a generation of Tony's out there. Call it the Apple Design Generation. You can be of any age to be a part of it, all you need is to have synthesized what has made Apple great. It's not just the marketing or the industrial design (although they are good). It's the expectation for things to function, look good, be completely thought through from the nuts and bolts to the landfill. Most important of all, they need to have a soul.

You can clearly see in the web and software community that this philosophy has taken over. Square, Instagram, Instapaper, Dropbox, 37Signals, Snapseed, Twitter, Facebook, MailChimp, and Airbnb just to name a few. You can't be a successful web or software company anymore without making great stuff.

Its still working its way though product development. A lot of crap still gets made and can be successful. In many industries, the incumbents remain powerful because the cost of entry to compete with them is so high. The only thing that has been holding back product development people who care about this stuff from being able to apply the Apple Design philosophy everywhere, is the money to get into the game. Tony Fadell can get the investor money he needs because he's Tony Fadell. The rest of us need a boost. Crowdfunding is going to enable us to do what all product designers are born to do: make great stuff that puts people, not shareholders, first.

Not all of these projects are meant to live beyond rewarding Backers, and that's OK! Not everything needs to turn into a profit generator. Sometimes the journey needs to be contained, learned from and then you move on. However, I think we will be surprised at how many great companies are launched though successful crowdfunded projects.

Now imagine in five years, the number of companies that function like an Apple, like a Nest, like a Jawbone, like a Method, like a (name of your favorite company here) has doubled because of crowdfunding. Imagine the positive impact that could have on all aspects of life. Imagine if contact lens cases, brewing tea, gardening, cast iron skillets, bike locks, and yes, iPhone accessories were all given the Apple Design treatment. That's when you start to realize the potential. That's why you have to be excited.

If I could convince you of one thing it would be this: Crowdfunding is nothing short of a revolution.

This is the part where I start to inject a bit of my own story and get to the point of why exactly I am writing this article that unexpectedly turned into a manifesto. (Sorry about that.)

Around this time last year, I was where you may be right now: I had an idea and decided the only way I was ever going to get it made was to use crowdfunding. That decision set me off on the craziest professional year of my life: I launched my Stylus Cap project on Kickstarter, got it funded, got it made, and shipped it to my Backers.

As I was literally knee-deep in boxes of Stylus Caps that were to be shipped to 1,796 Backers who helped me do something I never would have been able to do on my own. All I could think was, "People need to know what it's like to do this." There were a ton of surprises along the way that were unique to running a crowdfunded project that I had no prep for. To say that I would do things differently the second time around, would be an understatement.

The crazy thing is, every project creator is unnecessarily blazing their own trail. That's because there hasn't been much open talk about what its like to run one of these projects. Why or why not, you might want to crowdfund, how to prepare to launch your idea, how to communicate with potentially thousands of people who have pre-ordered your idea, how to run the project on a day-to-day basis, how to deal with shipping.

We need to build on what has been learned. Crowdfunding is still in its infancy and too important to the future of design for us to not be talking about it. So here is my mission: Describe what it's like to run a product design project in 2012, the early, Wild-West days of Crowdfunding.

Should be fun. Stay tuned.