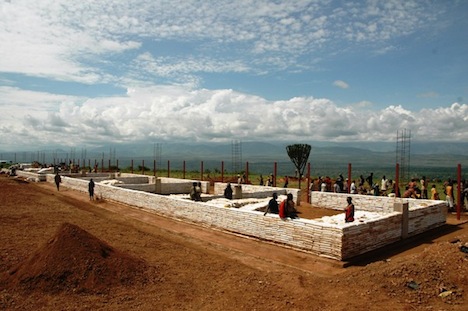 Think of the possibilities of a world where social entrepreneurs are funded by venture capitalists. For the people behind COMMON, this is the world that they have made a reality with their series of COMMON Pitch events. As co-founder John Bielenberg explained in our Core77 Guide to COMMON, "COMMON Pitches are American Idol meets VC pitches." 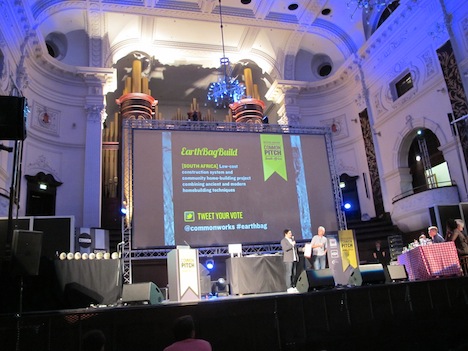 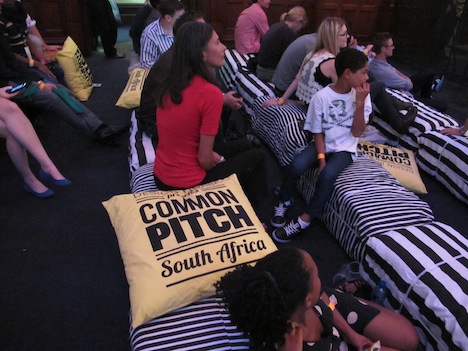 Set against the backdrop of Cape Town's City Hall, the entrepreneurs shared their plans for tackling some of the continent's biggest problems—urban farming, early childhood education, recycling plastic waste and empowering women. The winning idea was also the simplest. Dr. Johnny Anderton, a native Capetonian, captivated the audience to his EarthBagBuild System, a straightforward construction system that combines ancient building techniques with 21st century technology. His winning pitch won the project a cash and prize project worth R220,000 (almost $30,000USD)

Earthbag construction is not a new concept. The idea of building structures of layered sacks filled with locally available materials was employed in military bunker construction and flood control. What separates EarthBagBuild is a locally developed and patented high strength polypropylene bag created with recycled materials. Dr. Johnny explains more in the exclusive Core77 video below.

The homes and buildings created with EarthBags are attractive, inexpensive, structurally sound, durable, energy-efficient, acoustically efficient, rot and corrosion proof, fire resistant, non-toxic and bulletproof! The polypropylene bag, made from an industrial by-product, is re-usable and recyclable. Once the structure is built, it can be finished with stucco. The EarthBagBuild concept encourages the establishment of community home-building projects where groups learn to build their own houses, training others in aspects of the system, thus creating a viral growth of jobs, micro-businesses and self-financed or government grant assisted homes. Dr. Johnny Anderton walks us through some of the EarthBagBuild projects below: 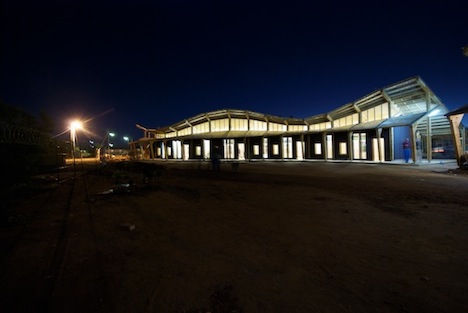 Jouberton Preschool The Faculty of Architecture, University of Nottingham, UK, designed the project to build a preschool in Jouberton township near Klerksdorp in South Africa. The students then came over and did the construction themselves. 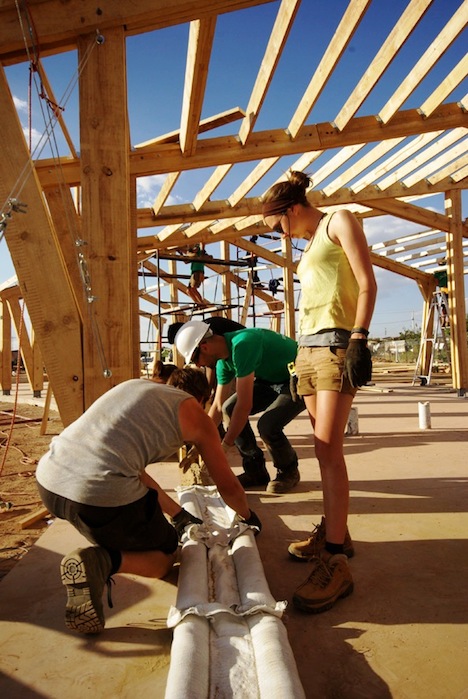 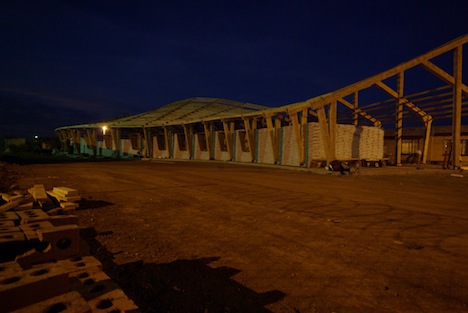 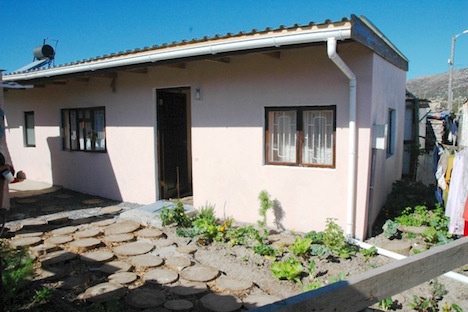 Masiphumelele low cost house pilot project. We built this house in March-April 2008 to test the EarthBagBuild system. A 40m2 house, it was built for around $9000USD, complete with a solar geyser and grey water vegetable garden. No foundation to speak of, just a 150mm deep trench in the sand. The first 4 rows (layers) of bags, used a 10:1 sand cement mix—2 rows in the trench and 2 rows above grade. We continued above this level with just sand in the bags, no cement. Lintels and ring beams created in the bag channels, where required. We substituted sand with concrete and rebar. The plaster used is a regular cement/lime mix, applied straight to bags on 2 walls and on wire mesh on the other 2 walls to compare. There was absolutely no difference in adhesion, so wire mesh is not specified. Considering the lack of foundation and that the house is built on what was an old rubbish tip, the fact that there are no cracks in the walls 4 years later is quite remarkable. No heating needed in cold, wet, Cape Town winters. The house is very quiet in what is a noisy neighbourhood. All Agrement building code tests were done in 2008 at Cape Peninsula University of Technology. Although it was done by thesis students and not official, it passed all tests 100%. We plan to do formal tests this year. 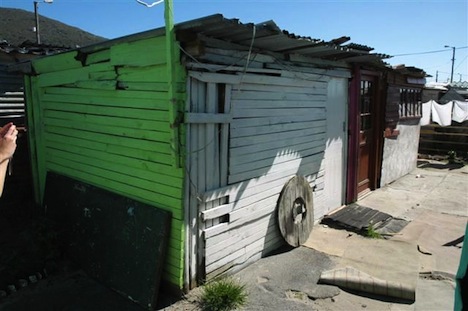 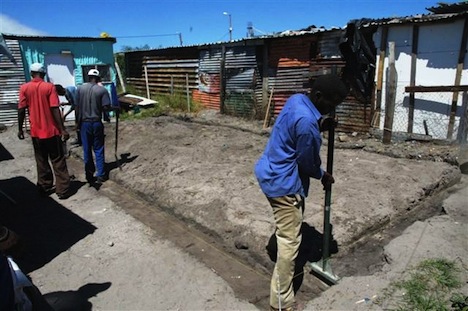 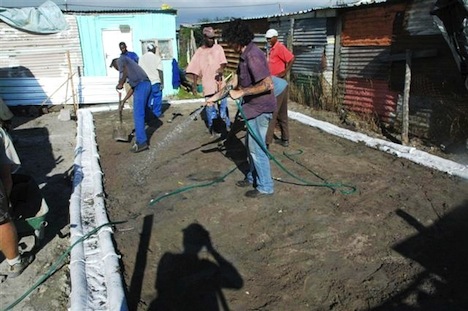 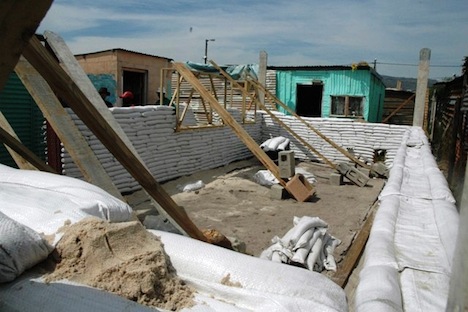 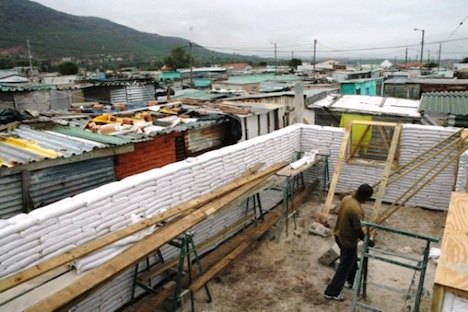 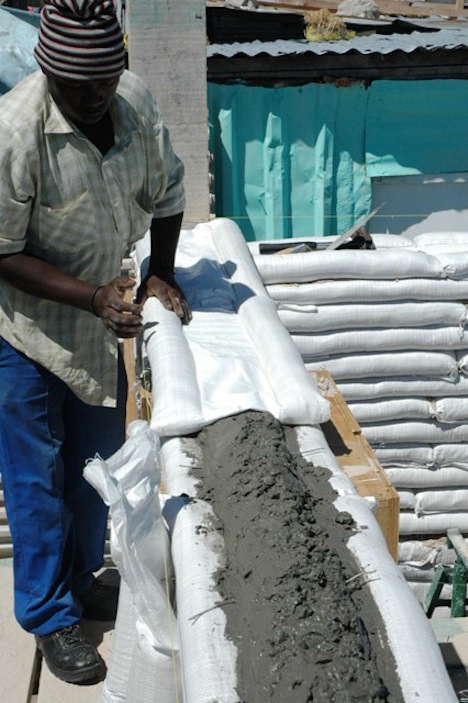 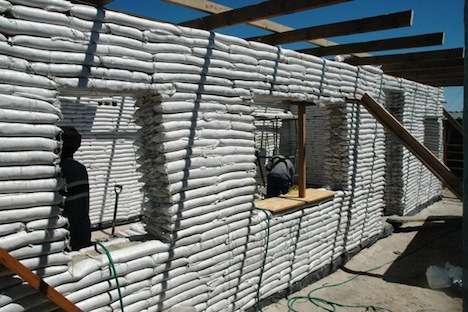 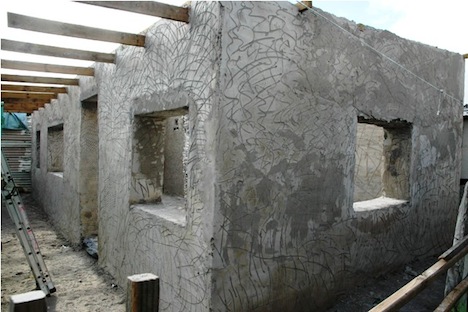 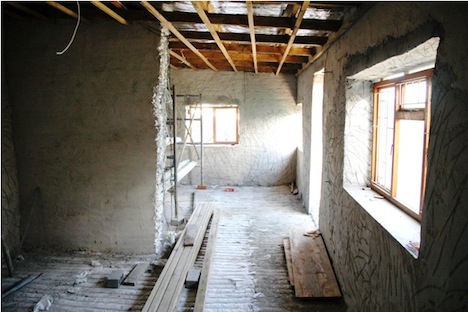 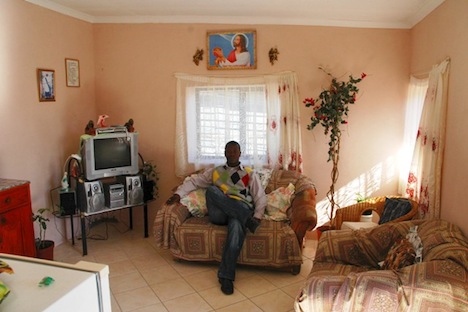 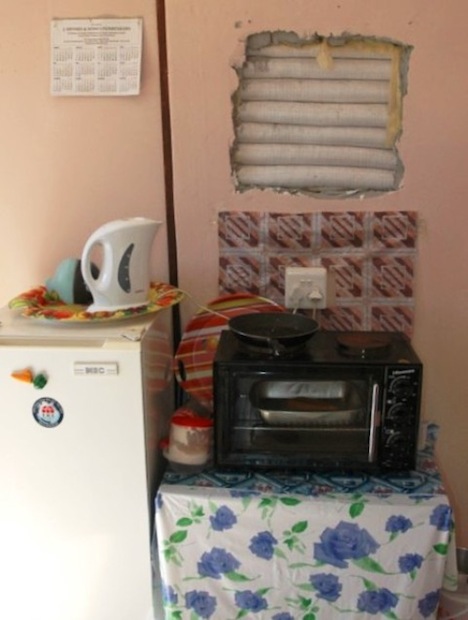 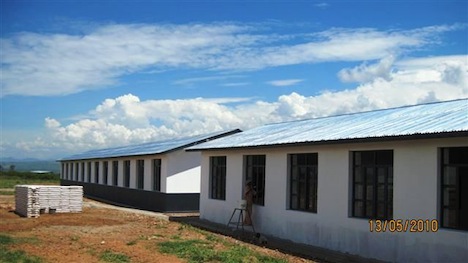 School in Burundi. This 700m2 footprint school was built with funding from Engen Petroleum International. There is no framework other than 5 columns per block (2 blocks) under the gables, as walls were 5.5m high with a ringbeam at 3m. All fill material for the project was obtained from the site, back cutting to level the ground. Women got involved in the project against the local men's wishes initially, but we and the women overcame their objections.