Short Films by Casey Neistat: A Flying Shark, How to Fix a Camera with Peanut Butter, and Urban Bicycle Theft

The range in NYC-based filmmaker Casey Neistat's body of work is awesome, since he shoots whatever he wants to and the man has broad, weird interests and skillsets. "YouTube is my favorite thing and if I had no responsibility I would spend all my time making YouTube videos," he writes. 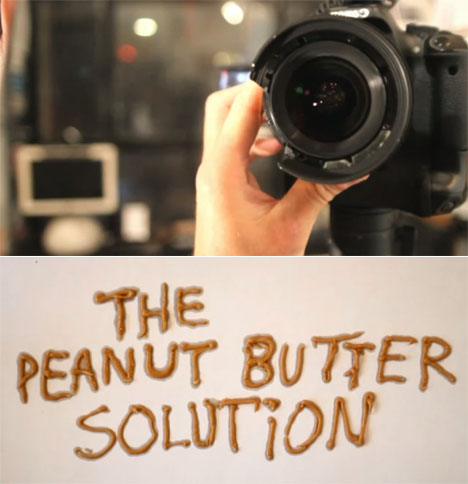 For starters, he gets my vote for DIY-of-the-Week by using a jar of peanut butter to repair the cracked lens hood on his Canon:

On the more whimsical side, he and an accomplice smuggle a floating, remote-controlled shark into the Museum of Natural History and let it loose for a good amount of time before they're finally thrown out. (Sadly, the shark ultimately meets its demise in the NYC subway system.) 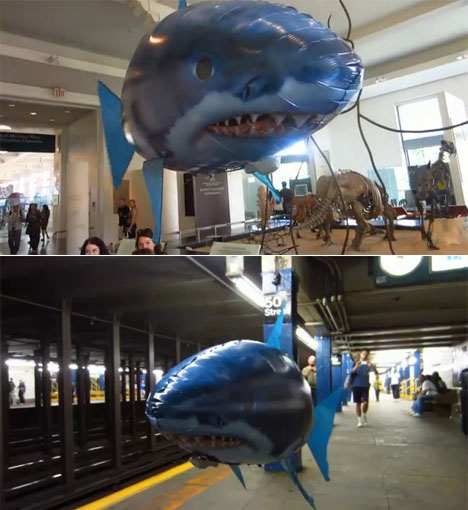 Hit the jump to see it in action...

Lastly, if you as an industrial designer were tasked with designing a bicycle lock, what properties would you give it? You might re-think the product entirely after seeing Neistat's latest film, "Bike Thief." Neistat gets hooded down, then brazenly steals (his own) bikes—all while trying to "look suspicious"—from a variety of crowded NYC sidewalks using a hacksaw, a crowbar and even a powered angle grinder to see if anyone would try to stop him or even raise an eyebrow. He also enlists a buddy (who gleefully announces "I'm black!") to perform his own theft in a crowded park in the Flatiron District. 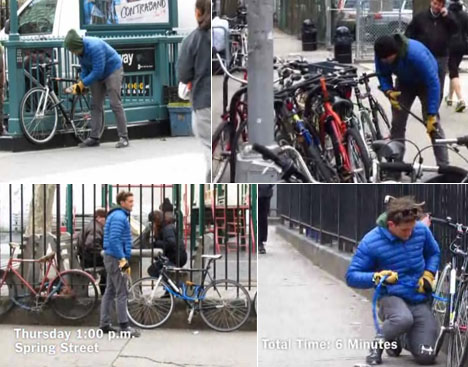 "Bike Thief" is unembeddable as Neistat did it for the New York Times, but the video can be viewed here.