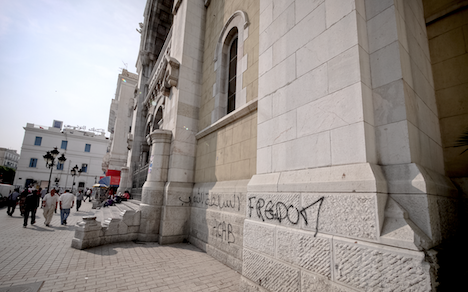 All Photos courtesy of Reboot

This is the fifth post in a 7-part series from Panthea Lee of service design consultancy, Reboot. Lee is the jury captain for the 2012 Core77 Design Awards for the Service Design category. In The Messy Art of Saving the World, Lee will explore the role of design in international development.

After all the protests of 2011, from Cairo to Damascus, Moscow to Wall Street, it's easy to forget that the "Arab Spring" began in Tunisia. The country remains the most coherent example of how revolution can happen in the 21st century: The autocratic regime of Zine el-Abidine Ben Ali had ruled for 23 years, deeply corrupt and largely unchallenged. The Tunisian people's long-simmering frustration exponentially increased—and found new outlets—with the Internet, social networking and text messaging. When a fruit vendor, angry at government mistreatment, set himself on fire, his story catalyzed the collective outrage. Ben Ali was gone in a month.

Demonstrations spread from Tunisia to over 16 countries, but none was as peaceful, or resulted as quick a deposition. And today, none is as far down the road as Tunisia in building a new, more representative and more equal post-revolutionary society.

For this reason, many eyes around the world are watching the country, including the World Bank, which recently commissioned Reboot to report on its evolution.

Today, I'm so excited to announce the release of our findings: "Tunisia: From Revolutions to Institutions" is launching at the Fifth International Conference on Information and Communication Technologies and Development* and is also available for download here.

As the report shows (and as I've written before), design has an important role to play in global governance and development—especially in the context of today's rapidly changing world. The Arab Spring demonstrated a fundamental change in the relationships between governments and citizens. Never before have people had so much power to demand accountability and fairness from their leaders.

And that power is only going to grow. As technology makes us all more connected to each other, populations are gaining new ways to demand opportunity, fairness and justice. If policy makers are going to serve the world's increasingly vocal populations, they've got to be prepared to listen. 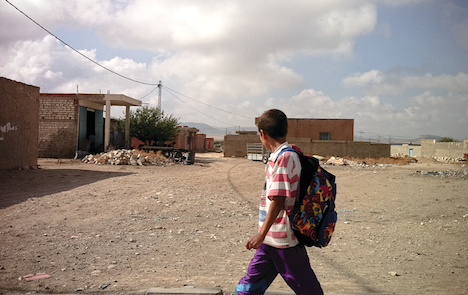 But too often, there's a gap between the people who fund and create economic and development policies and those on the receiving end. Too often, development policies are based on site visits in major cities, or survey reports that may be outdated, or on commonly-accepted wisdom about what a certain region is like. These methods fall short in the face of real life (as any designer might predict).

Policymakers need deep, nuanced understandings of what citizens want and need. In short, the global governance and development community can benefit from better design.Our work in Tunisia is a strong example for how design can support the policymaking process. We used a human-centered, field-based research approach to examine the progress of post-revolutionary Tunisia and identified areas for strategic investments. Our team talked to more than 130 citizens: government officials in the capital, farmers with their families, army and police officers, and everyone in between. We met students who graduated with engineering degrees into a non-existent job market. We stopped hospital workers on their rounds. We shadowed political activists and community organizers who were determined to build a better tomorrow. We spent time in Tunis and Sfax, coastal regions where Tunisia's wealth and power have long been concentrated (and where development professionals most often visit); and we spent time in the poorer interior region, where citizens' basic needs have long been neglected and where (unsurprisingly) the revolution started. 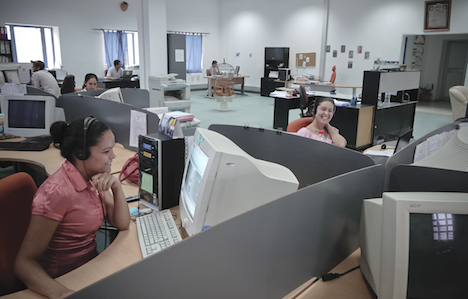 And throughout our investigation, we uncovered opportunities for change that would have been difficult to identify through traditional methods. For example, former president Ben Ali had long been known globally as a strong "sector picker," and he had invested in building Tunisia's technology industry. The government had built "technoparks" to incubate startups and support entrepreneurs throughout the country. Reports of these and other investments' success were widespread—for example, the World Economic Forum ranked Tunisia first in Africa for economic competitiveness in a 2008/09 report—and it was assumed that the technological infrastructure would be strong.

But by talking to small business people and entrepreneurs "in the trenches," we found that the Ben Ali government had heavily overstated the success of its own investments. At one technopark we visited, the staff had been hired based on personal connections instead of experience; they were serving as business advisors, hired right out of university, but had never started or run a business themselves. Further, we found that government-released (and internationally recognized) evaluations, which had publicized these technoparks' success, were based on factors like occupancy—not effectiveness. (Imagine if the United States evaluated its schools based on the number of students.) 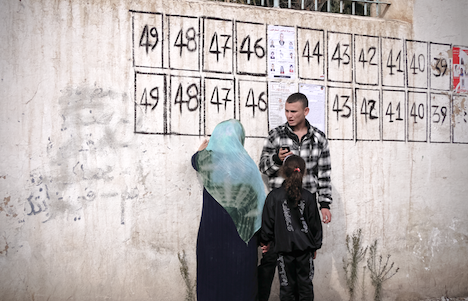 Through conversations with Tunisians eager to see change and growth, we found countless other examples of how the legacy of Ben Ali's regime is still holding the society back, socially, politically and economically. The international community knew this was the case generally; but without immersive, field-based research, it would have been difficult to accurately identify specific shortcomings—and promising new opportunities.

The process of rebuilding a new Tunisia will take decades. The actions of the international community could provide valuable support. And because of myriad factors—the country's geopolitical position, its status as the first of the Arab Spring, its high-profile internal debate about political Islam—the path Tunisia takes will have a significant impact on the region, and the world. We at Reboot are thrilled that global leaders like the World Bank are embracing a user-centered approach to policymaking. Through the power of deep research and good design, the world can respect the diversity of Tunisians who drove the revolution forward—and can help deliver on the change they demand.

* Shameless plug: For those at this year's ICTD Conference, Reboot's Zack Brisson is presenting in two sessions, one with the World Bank's infoDev group on the role of information and communication technologies (ICTs) in post-conflict settings and the other with the Grameen Foundation on the role of human-centered design in development challenges. Join us!

» Part 1: Three Things Every Designer Should Know About International Development
» Part 2: After the Egyptian Revolution
» Part 3: From Band-Aids to Inclusive Banking
» Part 4: Design for the Marginalized Millions
» Part 5: Tunisia, From Revolutions to Institutions