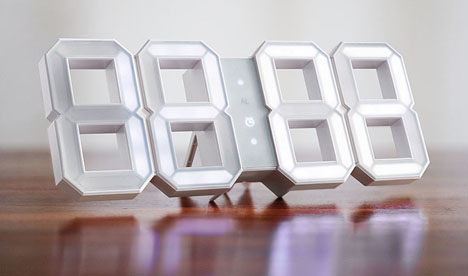 Usually when a wicked design concept slams into production realities, the concept can lose a lot of swagger. But not much has been lost with Vadim Kibardin's White & White clock, a fully produceable version of Kibardin's Black & White clock concept that we fell in love with back in '09. 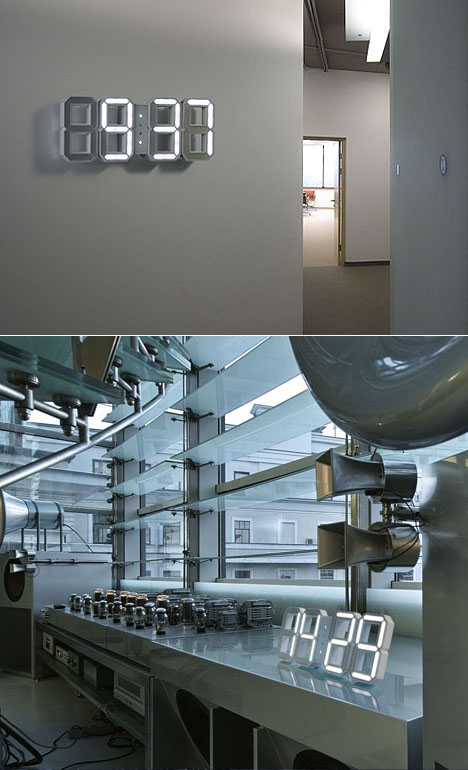 Whereas the Black & White clock was meant to consist of individual digits and automatically toggle between black or white coloring depending on ambient illumination, the White & White simplifies the concept for the sake of manufacturability. All of the digits are part of a single unit, and as the new title suggests, it switches between two shades of white rather than the trickier proposition of the original concept. 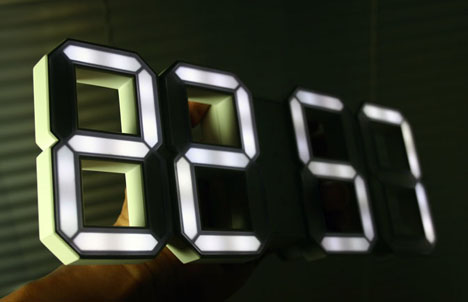 The White & White is scheduled to begin shipping this May.