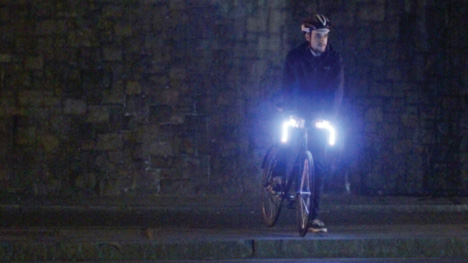 As we noted last year, bicycle illumination seems to be one of the more popular areas of innovation for cycle-savvy designers: where a complete bicycle might be more suited to a group project—especially if there's something at stake—bicycle lighting presents a manageable challenge for a single student's semester-long project. 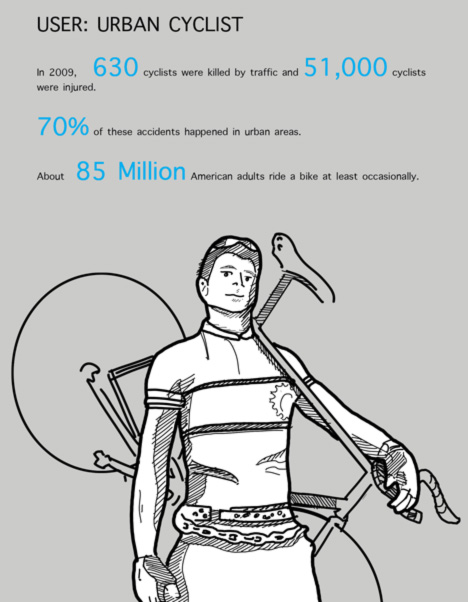 Like Ethan Frier and Jonathan Ota and Emily Brooke, Mitchell Silva, was inspired by both his own personal experience riding at night and the statistics about cyclist-related traffic incidents. As an Industrial Design student at Massachusetts College of Art and Design, he took the brief to "create an everyday task light incorporating LED technology" as an opportunity to develop his own bicycle illumination system: GLO-BARS. 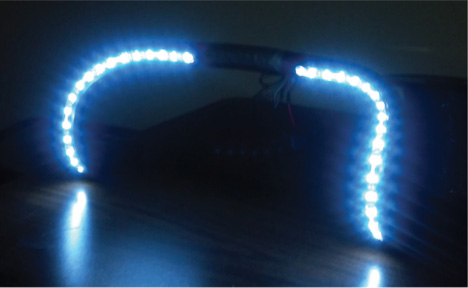 While Silva still has a bit of work to go to achieve the concept he has in mind, he's done a great job documenting his work thus far: 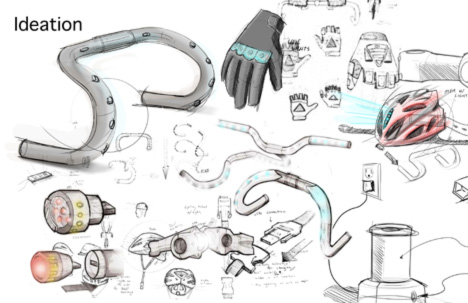 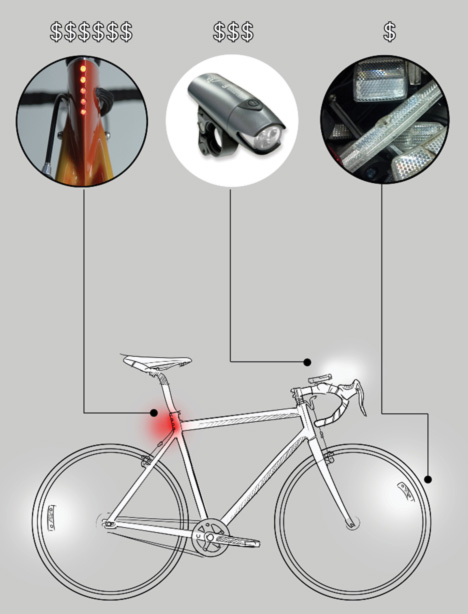 His research included a bit of market research for the bicycle light category, including a look at the options that are currently available. 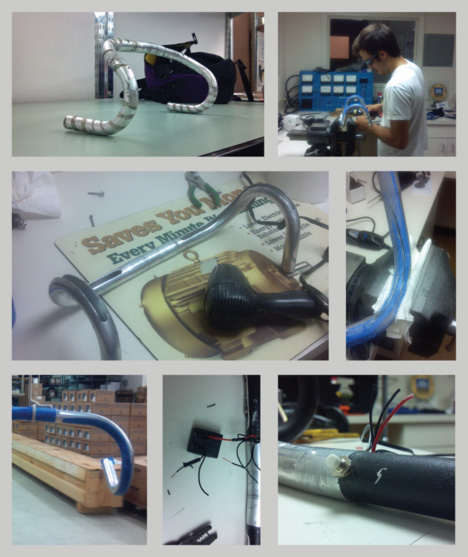 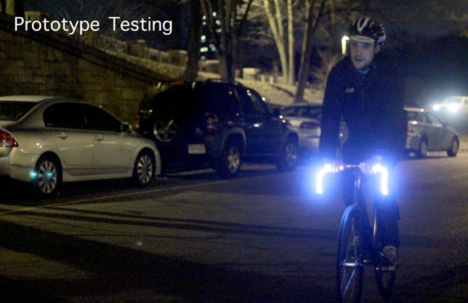 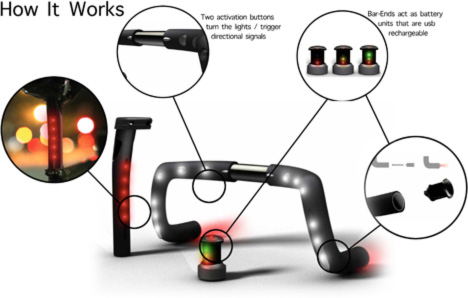 Additional details include buttons near the stem clamp area, including turn-signal functionality, and easily-removable batteries in the bar end caps. 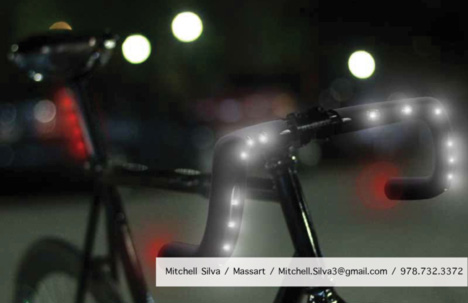 As some readers may recall, Silva's concept is perhaps most similar to Benedikt Steinhoff's "Certo" LED-embedded handlebar tape. The latter project is obviously more versatile, as the wrap could be applied to any existing set of handlebars, but the GLO-BARS seem to be substantially brighter than the alternative. 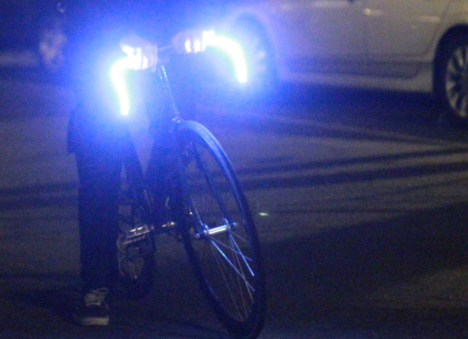 Still, Silva notes that his project isn't quite ready to hit the streets:After the test of the prototype GLO-BARS, I realized that the installation of the lights significantly weakened the structural integrity of the handlebars. I am currently attempting to create a solution that would restore the rigidity of the bars.

Although the bars were weak, they were extremely bright. I had no doubts about how visible I was to drivers and felt very comfortable while riding my bicycle at night. 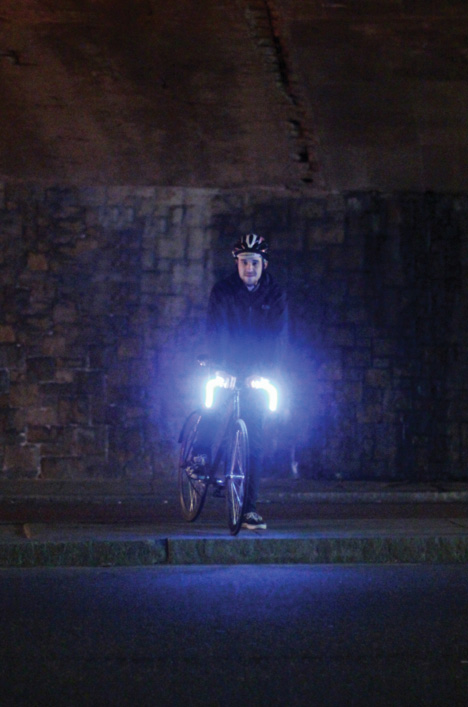