There are certain adjectives that seem to take on a life of their own, suffering from buzz-friendly, pseudo-intellectual overuse to the point of becoming meaningless placeholders for a proper descriptor, and I daresay "organic" is one of them. I'll admit that I too am responsible from wringing the term of its meaning as a shorthand antonym for synthetic, contrived or otherwise formalist aesthetics of high modernism. 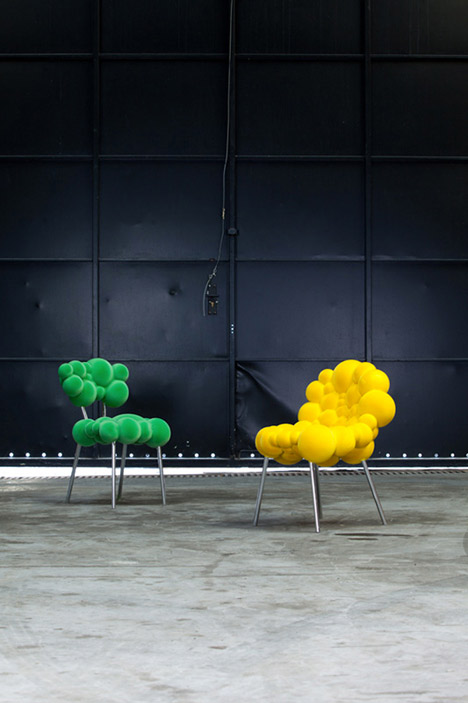 Where Tomas Ekström's "Dolly" might be an example of the latter, Maarten de Ceulaer begins with a similar cellular concept to arrive at the opposite result. The "Mutation" series, created on the occasion of the Salone, might well be described with the dreaded o-word. Indeed, the designer himself characterizes it as such, with a rather darker subtext than the bulbous, inviting forms initially suggest:The pieces in this series look like they weren't made by hands, but have grown to their present form organically. They might be the result of a mutation in cells, or the result of a chemical or nuclear reaction. Perhaps it's a virus or bacteria that has grown dramatically out of scale. The Mutation pieces make you look at furniture in a different way. Maybe one day we would be able to grow a piece of furniture like we breed or clone an animal, and manipulate it's shape like a bonsai tree. 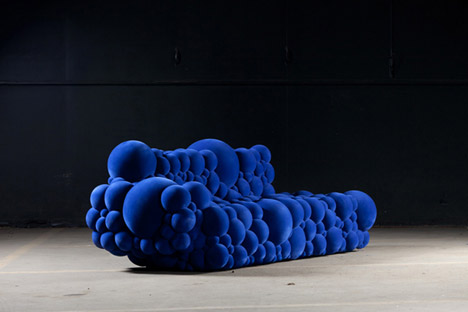 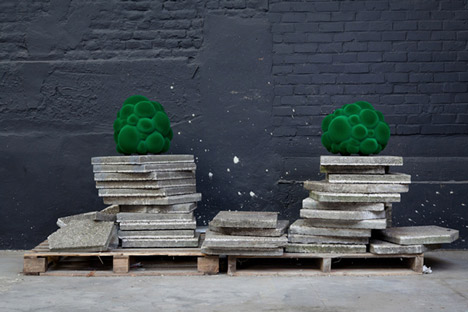 We've seen at least a couple designers tackle the higher-order o______ forms, such as arteries and veins or leaves, de Ceulaer's work also alludes to a taxonomical approach, subverting tufted cushioning:The project can be seen as an experimental review of classic furniture upholstery. It reminds us of the famous and iconic deep buttoned (Chesterfield) sofa's, interpreted in a highly contemporary and sculptural way. Instead of upholstering springs and foam with leather or textile, these pieces are created by carefully composing patterns with cut-offs of foam spheres of various sizes, and applying them onto a structure. In the end the entire piece gets coated, with a durable rubber or tactile velvet-like finish. It is hardly impossible to ever recreate such a specific pattern, so every piece is completely unique. 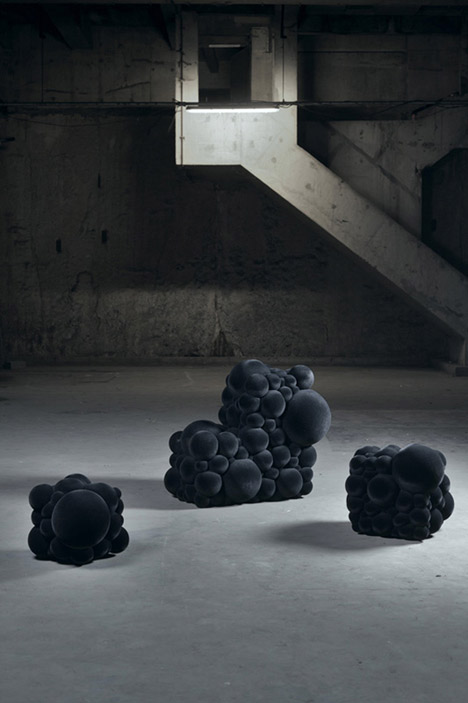 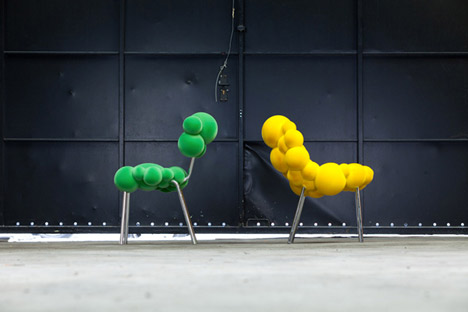 Thus, the multifaceted DNA of de Ceulaer's "Mutation" has elements of previously-seen work ranging from the sliced foam of Kitmen Keung's "Dual Cut" chair to Patricia Urquiola's similarly tuft-inspired "Husk" chair, with a curious passing resemblance to Rogier Martens' fruit bowls. I'd hesitate to say that the Belgian designer's new collection marks an evolution of any of the above per se, but let's just say that 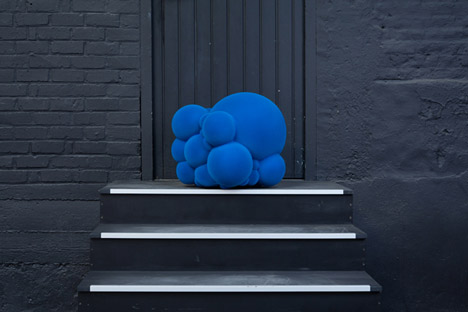 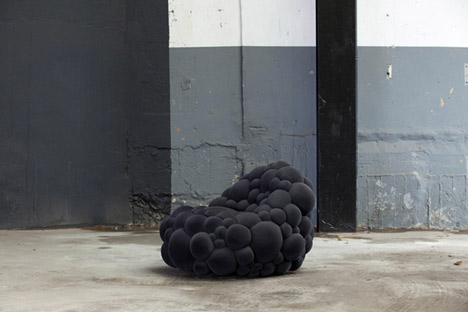 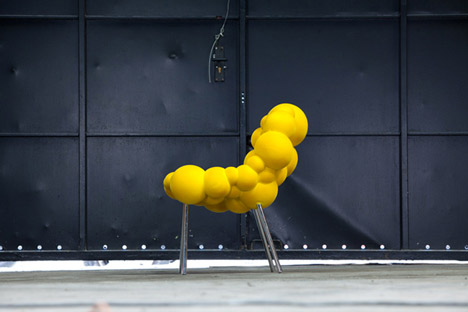 The designer will be exhibiting at three locations during the Salone del Mobile 2012: "Perspectives" at the Trienniale di Milano (alongside fellow Belgian Kaspar Hamacher), Spazio Rossana Orlandi and IN Residence's "Another Terra" at Ventura Lambrate.