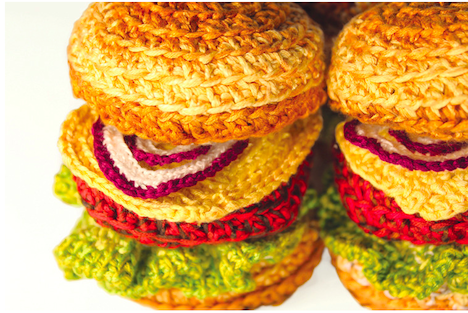 Sol Jeane studied media design in San Francisco after his family moved there when he was 19-years-old, but instead of continuing on in media design he applied to Art Center as an illustration major "to learn the traditional foundations in art." But once he got there he found out he wasn't so interested in learning the foundations after all. "I really like challenging new things and tried many different mediums...from paper to 3D sculptures. By the end of my 7th term, I no longer knew what my artist style was, or how I wanted my work to look. But one of my teachers in the senior class once said to me that style comes naturally, and I took it to heart." 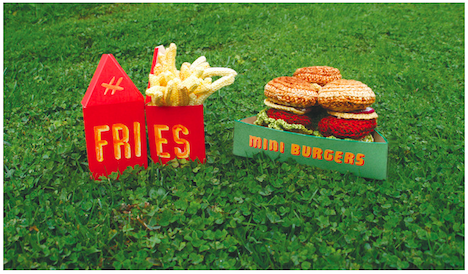 That explains why Sol's most provocative work isn't so-called traditional illustration, but his sculptural, 3D projects, especially his knitted food. I love how the natural curl of the yarn mimics the shape of frying bacon and how the plushness of a knitted bun is actually better looking than the real thing. 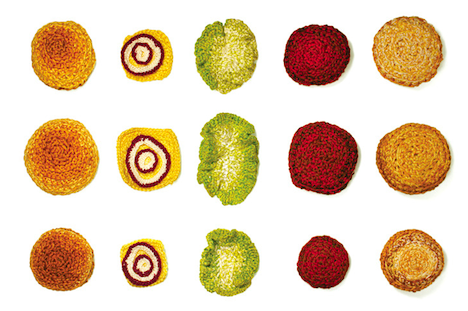 "I started to knit food for a class called "Off the Wall," taught by Brian Rea. The assignment was to make a cover image for the New York Times Magazine that incorporated the ideas and theories from the current year. The knitted hamburgers were a collaboration with a friend and designer, Yerina Cha. I chose, and continued to knit food because I believed that knitting with yarn was a perfect way to replicate food. It does not look exactly the same as the real thing, but what makes it so perfect is the vibrance of color and the warmth and richness of texture, which are what people expect from well-prepared food. I combined the colored thread so that I could maximize those characteristics." 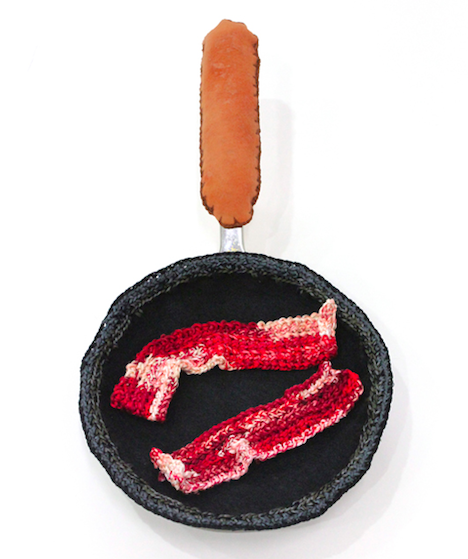