Rhode Island School of Design and CreativeMornings present: The Intersection of Arts + Technology

Coming together to recognize the magic that happens when Arts and Tech intersect, CreativeMornings has partnered up with John Maeda, President of the Rhode Island School of Design (RISD) and their STEM to STEAM initiative (previously) to host a series of unified events around the world. This June, CreativeMornings chapters will be hosting events under one common theme: The Intersection of Arts + Technology. 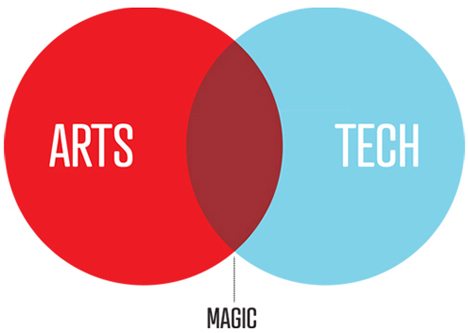 With chapters in over 25 cities around the world, CreativeMornings has grown substantially in the past year and is excited to present this themed month, a first of its kind, in partnership with RISD. The topic of the Intersection of Arts + Technology resonates strongly with the STEM to STEAM initiative, which aims to foster innovation through the addition of Art and Design to STEM education and research.

The STEM to STEAM initiative looks to enact policies and collaborations that recognize and protect art and design in education. With design-focused organizations such as Kickstarter, Airbnb, and Apple revolutionizing industries and sparking innovation, art and design represent an undeniable driver of progress. With budget cuts on the rise, however, arts are often the first to be cut from education, putting at risk the next generation of creative doers and makers 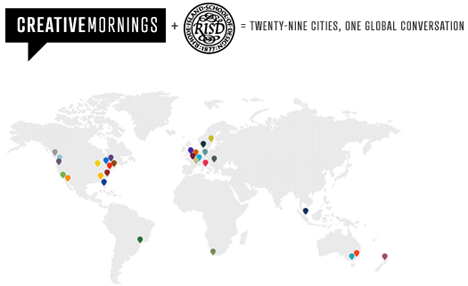 "After several conversations with John Maeda, we were inspired by RISD's STEM to STEAM initiative and we're honored to partner with them on this new effort to recognize the vital importance of art and design in the global economy," said Tina Roth Eisenberg, creator of CreativeMornings. "I am interested in the magic that happens when arts and technology come together, and the topic is timely and relevant for CreativeMornings' attendees around the world."

The themed month isn't the only first for CreativeMornings this June. A special "pop up" RISD chapter of CreativeMornings will be taking place in Providence on June 8, 2012 at 8:30am. The event is free and open to the public, and will be held in the Carolyn Mayer Beug Foundation Studies Studio (in the RISD Chace Center, 20 North Main Street, 5th Floor, Providence RI, 02903), hosted by the RISD Steam Club, a student organization on campus, and featuring Kelly Dobson, department head of RISD's Digital + Media Department.

Dobson herself is an artist and engineer working in the realms of technology, medicine and culture. Her projects involve the parapraxis of machine design—what machines do and mean for people other than the purposes for which they were consciously designed. As a working artist, she completed two Masters and a PhD at MIT while a member of the Computing Culture Group in the Media Lab and the Interrogative Design Group in the MIT Program in Art, Culture and Technology. 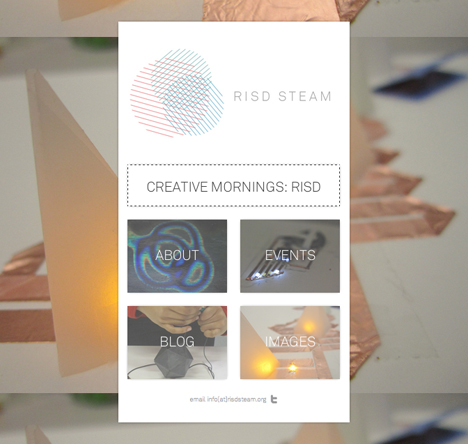 In addition to the pop-up in Providence, the other 25 plus cities with regular CreativeMornings lectures will host speakers ranging from art, design, education, and everywhere in between who exhibit this magical mix of the Arts and Tech. The list of confirmed speakers boasts names like Jonathan Harris, Jessica Hische, and Paddy Harrington, along with a slew of other creative individuals. The final lineup and confirmed details can be found at creativemornings.com. 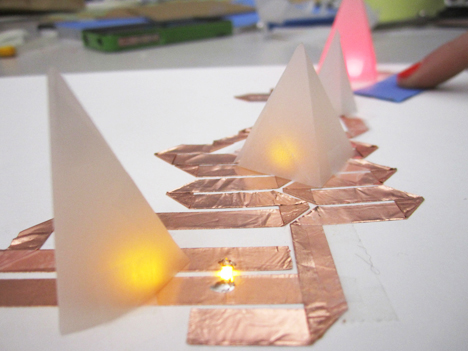 A photo from a RISD STEAM Club workshop taught by Jie Qi of the MIT Media Lab's High-Low Tech group.

"Artistic thinking and practice—grounded in humanity and dirty hands—gives technology the nuance, depth, and texture it lacks today. What is needed to balance our current obsession with "the cloud" is an appreciation for our real, imperfect world - or what I call 'the dirt,'" said RISD President, John Maeda. "Great ideas today add Art to turn STEM (Science, Technology, Engineering and Math) into STEAM to create innovations that taste delicious. RISD is thrilled to be partnering with CreativeMornings to share this message in a focused and creative way globally, featuring some of the world's most talented and forward-thinking creators."

Rhode Island School of Design and CreativeMornings present: The Intersection of Arts + Technology