The Power of Bad Ideas 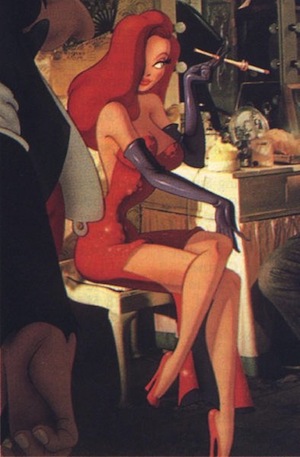 Ideation, or if you prefer, brainstorming, is a structured activity with many degrees of freedom within that structure. When leading sessions, I emphasize divergent, generative thinking, and ask participants to defer evaluation and prioritization. Defer, not disregard. Of course we need to bring convergence into the process, but not until later. As you'd expect, much of the energy and focus for these ideation sessions is on the creation of good ideas. But there's an interesting important role for bad ideas to play.

In my team of user researchers, we deliver not only a report (you can see an example from a few years ago here), but also an ideation workshop. In this session, we pass the baton to our client team. Together, we not only generate a broad set of things for the business to make, sell or do, but the team really takes ownership of the research insights by repeatedly applying them. The act of repeatedly translating insights into possible actions builds up a neural pathway, where the implications of those insights become burnt into their thinking. Bad ideas serve both masters, as sacrificial elements that lead to breakthroughs and as pitches for insight batting practice. 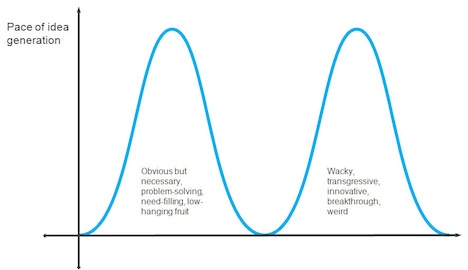 Creative activities often follow a double-hump model. At first you'll hit all the obvious ideas. These aren't a waste of time; sometimes the obvious ideas have been neglected and you can treat those as low-hanging fruit: obvious, easy to implement, incremental improvement. But you'll find that you run out of steam with those ideas. Like the false ending in a '80s rock song, don't think this fadeout means it's time to start applauding. There's still more. Push on, and this is when you get to the transgressive, weird, crazy and sometimes innovative ideas. That's the place you want to get to, where you are truly butting up against the edges of what's allowable.There's a drop in energy between humps One and Two, as well as many lull points through the entire process. When that tapped-out, stuck feeling comes, a technique for moving ahead is to deliberately generate bad ideas.

Bad ideas are not boring, meh proposals. Bad is not the absence of good. These ideas should go beyond provoking "That's stupid!" to eliciting a much stronger response. Bad ideas might be immoral, dangerous to the user or bad for the business itself. 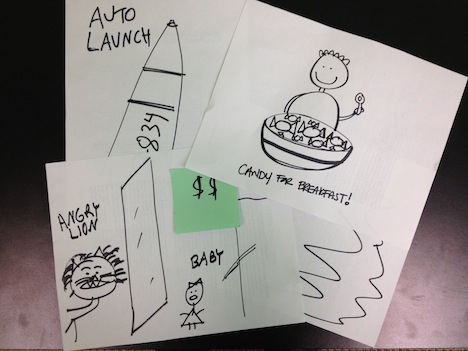 In one session I led, a team proudly showed me their sketches of homeless people packed onto trains and shipped away from the downtown core they were trying to improve. At the time, I reacted to the general lack of humaneness in the idea and saw that as visceral proof point of how they were challenging boundaries. It wasn't until much much later that I appreciated the horrific evocation of the Holocaust. In this writing, and perhaps in the reading, in the cold pixels of this piece, this feels grotesque. That's because in reflecting here we are outside the environment of ideation. Within the context of the brainstorm, we have a "safe place" where exploring what's possible without judgment is crucial.

When teams are creatively exhausted and the energy wanes, claiming permission to be outrageous can re-energize that team about their task—coming up with ideas. Bad ideas bring freedom and laughter, and remind everyone that they don't have to worry about being "right." Occasional bad ideas replenish collegiality and boost team cohesion.

Bad ideas that are deliberately outrageous serve to lubricate the dynamic, but I also see bad ideas that are framed as such only because the person presenting them is tentative. Even without explicit permission to be bad, people may offer an idea prefaced with "Okay, this isn't a very good one but..."

Using a version of the "Yes, and..." improv principle, the deliberately zany bad ideas make good springboards for teammates. For example, "Okay, so you're saying shotguns in the airplane exit for, but what's the strategy behind that? It sounds like we could offer incentives over threats? Well, what else can we do with that?" Alternatively, the not-fully-confident bad ideas provide a different trigger. When one person is uncertain, another person may respond "You know, that's not such a bad idea" and go on to advocate for that idea or a slight variation. Together, the team collaborates to remove the sense of failure and create permission. This is how the brain works when creatively engaged. Sometimes called combinatorial creativity, the brain wants to or even has to, figure it out. The dissonance of bad idea prompts the grey matter to reorient and redesign until a related "good" idea pops out.

Indeed what may have started out as "bad ideas" in brainstorming sessions sometimes appear as actual products. Check out Philippe Starck's "Gun Lamp" done for Flos in 2005 for one possibility. 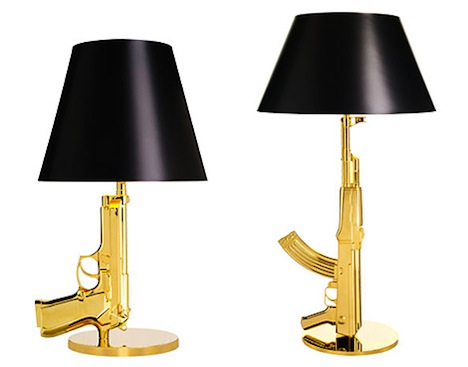 Bad ideas also make the group's implicit beliefs about boundaries into an explicit discussion. If one person proposes airplane-based-firearms as a bad idea, it may be worth a few minutes to align on whether or not that qualifies as "bad." Surfacing the group's unstated evaluative criteria can open the brainstorming up even further. As well, the bad idea services as an elicitation technique for evaluation criteria. While we want to defer evaluation during idea generation, it's helpful to capture what criteria we want to come back to later. Ask yourselves "Okay, if that's not a good idea, what is it about it that's so bad?"

I once participated in a fascinating creativity exercise around the theme of bad ideas. The room was broken up into teams. Each team was assigned a topic and asked to come up with the worst possible idea. As you can imagine, we all dove in, producing ideas for products that assaulted eyeballs with steel blades and no end of other horrible silliness. After all the groups had finished, the exercise leader asked us to pass our ideas to the next table. Now each group was asked to design the circumstances within which the previously bad idea would become a good idea. No matter how disgusting the original bad idea was, each team was easily able to flip things around. This quick and fun exercise made the notion of that framework within which "bad" is defined into something very tangible, and could be a great way to warm up a group about to begin an ideation activity.

The website Big Think has a series of provocations under the heading of Dangerous Ideas, which they remind us "These ideas may at first seem shocking or counter-intuitive—but they are worth our attention, even if we end up rejecting them." Bad ideas as a form of intellectual discourse is certainly nothing new (A Modest Proposal, anyone?) it's gratifying to see Big Think encouraging this sort of thinking, from "Recycling is a Waste," to "Sell American Citizenship." Read through some of these to give yourself a bad idea workout.

Bonus: check out the classic SNL ad for "Bad Idea Jeans," seemingly a denim product for people with a less-than-ideal approach to making life choices: "Well, he's an ex free-base addict, and he's trying to turn around, and he needs a place to stay for a couple of months..."; "Now that I have kids, I feel a lot better having a gun in the house..." (For non-USAians, check out the full transcript here.)