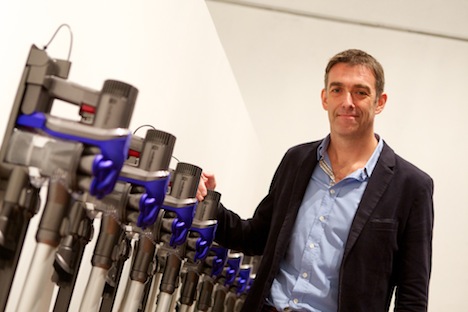 With additional editing by LinYee Yuan

Core77 had an opportunity to sit down with Alex Knox, Dyson's Industrial Design Director after his keynote address for the 2012 Sustainable Operations Summit. Knox, one of the longest-serving members of Dyson, has helped the company grow from a small team of engineers working out of a garden shed to a global technology company employing 3,900 people. 17 years later, he continues to lead the design and development of new Dyson machines.

In our conversation with Knox, we learn more about Dyson's long history with issues of sustainability and their current focus on engineering efficiency.

Core77: In your presentation, you put out a challenge to modern manufacturers. Can you share a little bit about your perspective on "engineering efficiency"?

Alex Knox: We think that the right thing for manufacturers to do is to focus on engineering efficiency. It's not a new concept. It's not contemporary, even. I gave a number of examples of great engineers through history. Isambard Kingdom Brunel, when he was developing the steamships and perfecting the screw propeller, effectively achieved an incredibly efficient design. It's only five percent different from modern day propellers, which is an incredible feat when you consider that he was doing it all on bits of paper and metal scale models. Essentially, he was striving after efficient design because it made it faster and fuel-efficient. 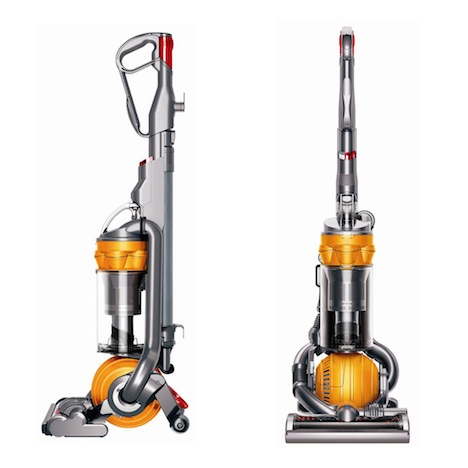 That's exactly what Dyson tries to do today. It's a fundamental part of engineering discipline. But it's tricky. It's difficult to do; it takes time, it takes money and it might all go wrong. It's no guarantee you're going to succeed.

One of the examples we talked about was Boeing, who'd just done the 787 Dreamliner. They embarked on this massive research and development program for developing composites for the fuselage or wings. It's a pretty incredible undertaking—never been done on that scale before. They suffered all kinds of setbacks and delays, which they got chastised and castigated about, and it was an immense piece of work. Yet what they'd actually managed to engineer was a plane that had fewer parts. It was lighter, it could fly faster and it burned 20 percent less fuel—that's a huge amount.

Yet they were getting flak for taking a bit longer than when they first planned it out. You got to be brave and have a vision about where you're going with it. And we were just reading in the press that they're now starting to effectively use that technology on smaller planes. If you got the heart and the vision you can get through the difficult bit and start to see the benefits.

Exactly, and as with all these things, the first time you do it is the hard time. The second generation or third generation—well, it becomes a hell of a lot easier because you've made the mistakes, you've had the failures, you've learned from all of that and that's what Dyson is all about. That's the spirit of it, so we're very fortunate that James [Dyson] is completely wedded to the view that that's the way that we should design machines. What we'd like to see is other manufacturers do the same thing. 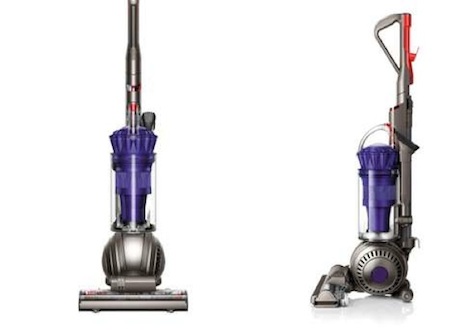 You also mentioned that now "green" is a term that's ambiguous enough as to be almost meaningless. What's the alternative?

In terms of an engineering point of view, rather than trying to stick green labels on something that doesn't mean anything, what we're interested in is actually creating a good engineering solution. If you have a good engineering solution, you're already considering efficiency because efficiency is just a fundamental part of an engineering approach to something. So, if you've done a good job, you'll end up with something that is efficient in the way it performs, efficient in the use of materials and efficient in the use of energy. And as you know, for some appliances energy usage is the biggest one to get right from a sustainable point of view.Right, like your hand dryer that that uses less energy per usage.

Yes. Now that's the sort of perfect example of what we think manufacturers ought to do. We're always about solving problems, so whenever we start a design project it starts off with: What's the problem we're trying to solve? And we'll look at different technologies, different ways of solving the problem, because it yields a whole lot of other benefits.

The Airblade hand dryer is an excellent example of that, because with a hot air hand dryer, you're using evaporation to dry your hands. It's not exactly a quick process, evaporation, and you need to use a lot of heat to actually make it quicker. So you've got an energy consumptive process you're doing and fundamentally it's not fast. What you want is to dry your hands and do it quickly. 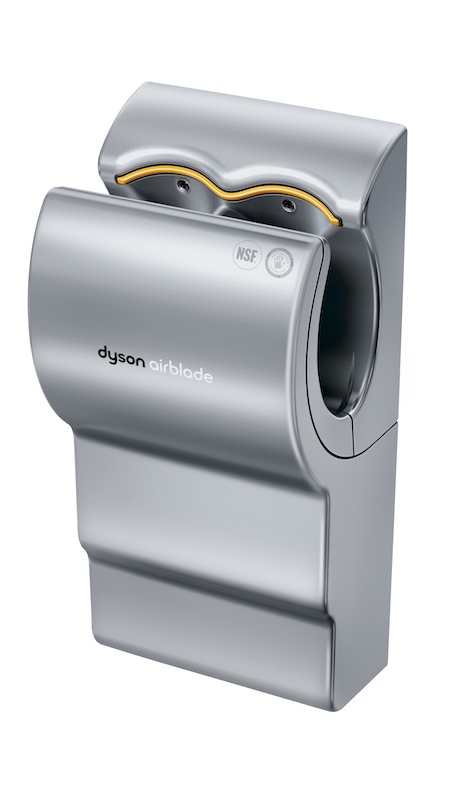 It's far more convenient, hygienic, and then from a sustainability point of view—because you're not trying to heat up this air and evaporate the water off over the course of 45 seconds or a minute —the power used is way, way less.

Does your thinking about green being a wrong term apply to the umbrella of design for disassembly, or do you think that's a promising avenue?

I think it's an interesting avenue. I'm not sure whether it will ever be realized. I'm not an expert on all this stuff, but I think that kind of technology is more likely to end up where you just shred everything, and then it's sorting systems, filtering systems. I think that's the way the technology will go, because trying to disassemble stuff, different products, knowing what this material does...

That's right. You know, the technology to get more out, the technologies to better sort waste and extract value out of waste...I think that's kind of where the tricks will be. We did look at doing some stuff on this a few years ago, but it's really hard to pinpoint what's the right thing to do. Whereas, with the efforts we put in terms of developing motors that we can then use in the machines we will know that's going to have the biggest impact, because 90 percent of the lifecycle analysis, 90 percent of the impact, is the energy consumed when the consumer is using the machine.

That's the bit that we really need to focus on, and I kind of talked in the speech about recycling recycled plastics. We launched a recycled machine— it must be 15 years ago—but it didn't really offer any benefit: there was no performance benefit, and there was no real environmental benefit because the amount of recycled plastic in it ended up being so small, and the controls we had to put in place to make sure that the components were durable and the reject level was low. You know, it was just heading off in the wrong direction for us which is when we thought, let's change tack, and focus on how the machine works, optimizing the efficiency. 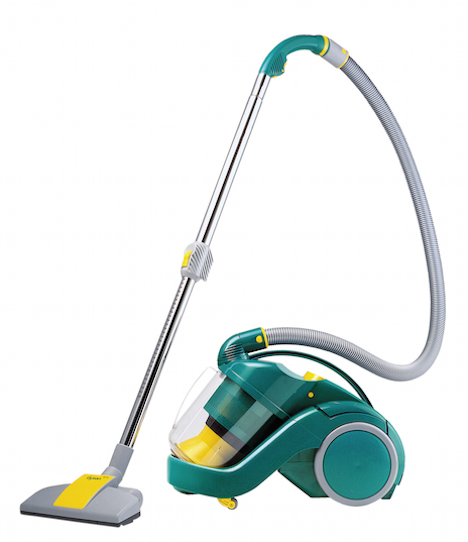 Dyson DC02 Recyclone, the first vacuum cleaner to be made of recycled plastic

Internally, what's your benchmark for the design life of a product?

Typically, seven to ten years, something like that. It depends on the use, though. We tend to work on using it, looking at sort of 95th percentile uses. So, that's a heavy usage profile.

Absolutely. I'm just curious, because I have a small New York apartment, and I'm a single guy, so I probably use it less than a high profile user, but the 95th percentile vacuums...daily?

I mean, there's a compulsivity in it. And then when you're talking about examining individual usage patterns, you're sending people in the home to do ethnography, to watch what users are doing?

We use data logging, so we put this is on the machine. We recently did something where we used data logging on our little handheld stick-vac, looking at how people use those.

And your data loggers then are things like accelerometers, or just ...

No, more to do with power, and on/off, and the duration of use and stuff like that. We do sometimes put accelerometers on and measure that, but that's usually in a laboratory situation. You might have seen a failure in the field, and then we'll go about replicating that in the lab, put some numbers to it, so as we're doing further development we look at how we might improve it. We're actually doing something scientifically rather than just guessing at it.

When we're doing our validation, before we actually launch a product, we'll do a whole load of mechanical validation tests, looking at every single part of a machine, particularly all the bits that are moving, detachable and stuff like that. And we'll do a whole load of mechanical testing where we'll design and manufacture test gigs, for example, on a cable rewind on a canister machine, pulling it out, pushing it back in, so it'll do, you know, 10,000 cycles, and we'll measure the performance of it before and after we've done that sort of durability testing.

And that's done mechanically in the real world. Do you guys use tools like FEA?

Yeah, absolutely. That's been one of the interesting things, because I've worked with James for 19 years now. When we started, we didn't have anything like that. Everything was done 2D. There was no kind of 3D analysis. The tools that you got were just phenomenally expensive. Rapid prototyping didn't exist at all. What's been very interesting working at Dyson is, we maintained some of the spirit and approach, this sort of Edisonian approach about making something, testing it, actually seeing and understanding what works and what doesn't work, but then embracing the new technologies that come online.

As soon as you could buy a rapid prototyping machine, pretty much, we bought one and started using it. We try and be as smart as we can when we're developing stuff to use every tool that's around. So, we do a lot of FEA and stuff like that to supplement all of the validation work we do as well.

Now cyclonic as a separating technology had existed before your usage in the vacuum, right? But the central innovation was that you were able to apply it on a small scale with—I think it looks like a battery of individual cyclones.

Well, the original ones were, effectively, dual cyclone. It was a simple outer collector for large debris, and then it had a single large cone in the middle for effectively separating out the fine fraction of the fine dust. But we've been developing that technology, understanding better how it works, looking at how we can scale it so it fits into our different machines. 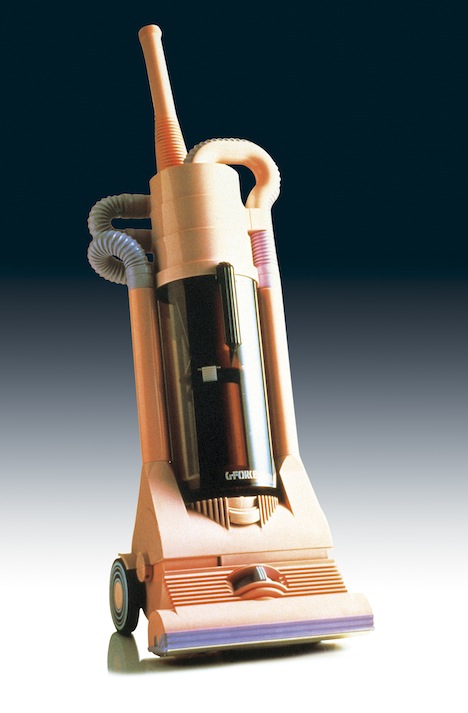 What we did is we found some benefits in making more, smaller cone arrays, having one large one, so we could effectively get more flow through the machine. We could make it more efficient. The cyclone consumes power from the motor, so you get a loss going through the cyclone, but by doing the small cones, we could get smaller losses.

My final question, then, is, ultimately what this comes down to...the customer. I don't know if you personally have statistics about it, but I know that customer satisfaction for your machines is quite high. What's the repurchase rate brand-wise versus people who defect to buying other machines? Do you guys have an idea?

I know for example, in the early days—and this is in the UK—but it was, like, seven out of ten people bought Dyson because of a recommendation. So, that was the first purchase...

...because ultimately, that encapsulates... It's the proof in the pudding, isn't it?