Finally, a Tiny Ruler with a Paperclip & Flash Drive 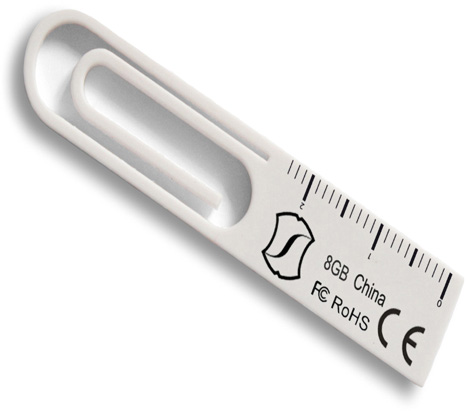 Derrick Frohne's "eClip" is a nail file and philips head away from being the 21st Century version of a Swiss Army Knife: the 8GB memory stick incorporates a paper clip on one end and a 2.4cm ruler on the other, purportedly tripling the utility of the ubiquitous device. And lest the exposed connector deter accident-prone consumers, the gold plates are resistant to 'scratches, extreme weather, dust, shocks, salt & fresh water, alcohol and electromagnetism' (presumably in order of prevalence). 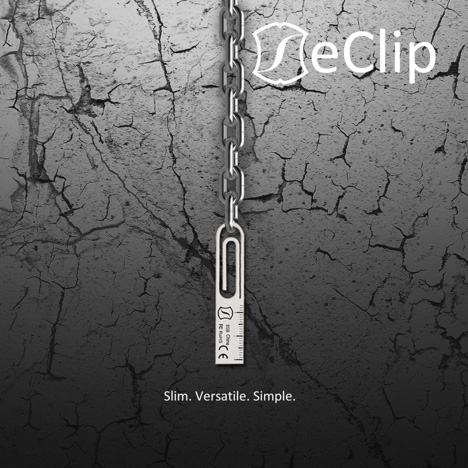 Of course, the idea of augmenting thumb drives with physical functionality isn't a new idea—in fact, we've seen at least a couple versions on the USB-plus-clip combo: Arman Emami's version, and this drive with an integrated carabiner, which dates back to 2009. Frohne is trying to elevate the flash drive to the next level:Frohne eClip has data encryption, password protection, and computer lock. eClip protects your personal data, intellectual property, employer data, customer data, medical data, and trade secrets with security software. The healthcare, data sensitive, and financial companies are proud to carry this secure and versatile paper clip USB flash drive in their pocket. Frohne has become a global icon to many people and companies who trust in versatile security. The metric ruler is utilized by chefs, engineers, scientists, and other professionals to accurately measure projects. The eClip is lightweight and fits on your keyring, necklace or work folder. It functions like a regular paperclip to organize your receipts, bills, money or other paper items. 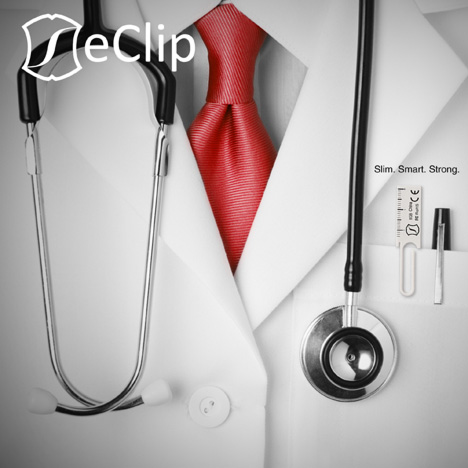 Frohne shared some of insight into the design in a recent interview upon winning a Golden A' Design Award, in which he notes that it took him two months to design the eClip and that it's "most unique aspect" is indeed "the paper clip feature." (I suppose it was between that and the ruler.) Next up for the young Florida-based designer: "Cutlery and weapons."

Finally, a Tiny Ruler with a Paperclip & Flash Drive