A Different Kind of Lightbox by Kawamura-Ganjavian 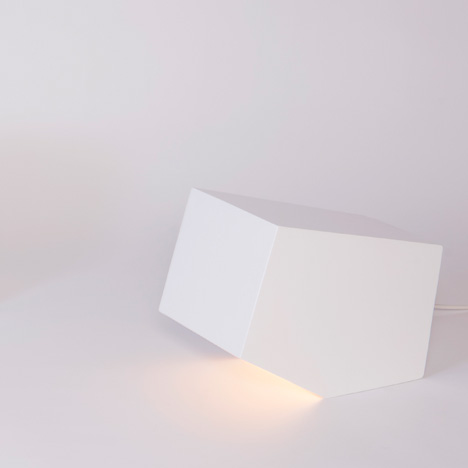 From the friendly folks who brought us the "Ostrich"—a.k.a. the most popular pillow we've ever posted), among other things—comes a mystery box. 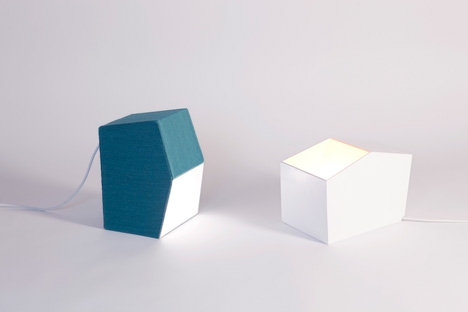 But you don't have to be Pandora to open "Cajonlight": one panel of the seven-sided polyhedron is missing, allowing a warm glow to escape from within the so-called "intriguing object."When switched off, its faceted volume and missing face give it a mysterious character. When switched on, its capacity to rest in different positions and its bonfire-like light turn it into a versatile and mesmerizing object. 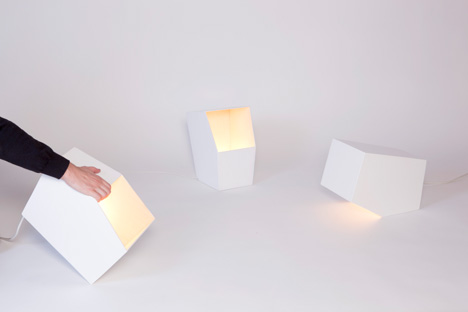 I imagine it would make a fairly straightforward DIY project—hell, you could even do it on the cheap using foamcore—but credit to Studio KG for the design... and for what it's worth, the upholstered version looks completely different even though it's the exact same form. Intriguing indeed.

A Different Kind of Lightbox by Kawamura-Ganjavian