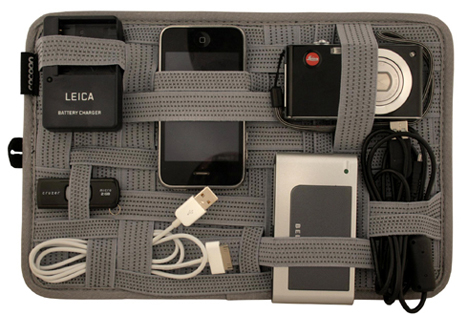 The designers at Orange22 landed a multi-million-dollar licensing deal for its Grid-It™ elastic storage technology, which is now in over 200 different products.

This is the first in a series of columns on product licensing for product designers.

Product Design students and recent graduates from across the country contact me for career advice. At some point, the conversation inevitably turns to entrepreneurialism. When I float the possibility of doing some product licensing, I have always gotten the same response: "What's that?"

After explaining that it's when you design a product, let someone else make and sell it, typically in exchange for royalties, I get: "Oh, yeah, of course." Then there is a pause followed by: "So...how do you do that?"

Despite design education's predicament of ever-expanding content areas within an already distended discipline, this seems to be a missed opportunity. But it's certainly not a new omission. I was never exposed to product licensing as a design student, nor had any other designer that I have known over the past 20 years. Design education has basically ignored it. In the Comments section below, I welcome readers' examples to the contrary (I do know of some recent guests/lectures at Art Center in Pasadena). And as a full-time educator for the last 7 years, I am also culpable; neither of the institutions where I have taught has dealt with the topic. That is until this fall when I will run a dedicated course on product licensing specifically for product designers at the University of Illinois at Chicago. 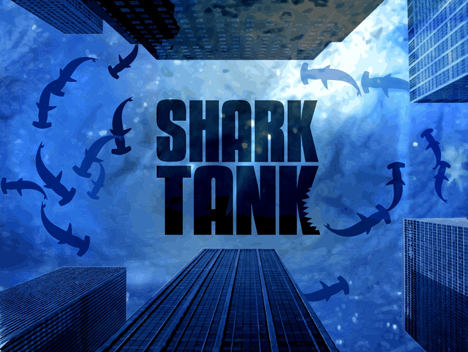 Usually during the last semester of the senior year, design students take a "professional practice" class to ready them for what lies beyond. These courses involve developing portfolios, visiting local design firms, and having design-related professionals come lecture. Sometimes design entrepreneurship is taught, but from the perspective of going into business yourself (venturing). Most design students and young professionals are not aware that there are two fundamental modes of entrepreneurial practice—venturing and licensing. Those who watch the television shows, Shark Tank or Invention Hunters may have a leg up, as the bleak economy has sparked the popular imagination.

The tragedy of education's licensing lacuna is that the business world has entered an era of "open innovation." Over the last decade, companies have realized that they do not have a monopoly on the best ideas, and/or that it is really expensive to keep research and development teams in house. Overcoming their hubris, laziness, ignorance or risk-aversion, manufacturers/distributors are increasingly welcoming new product ideas from individuals outside of their corporate walls. For example, since 2008 over half of Procter & Gamble's new product offerings have come from outside the company. A powerful, new opportunity awaits independent product designers. 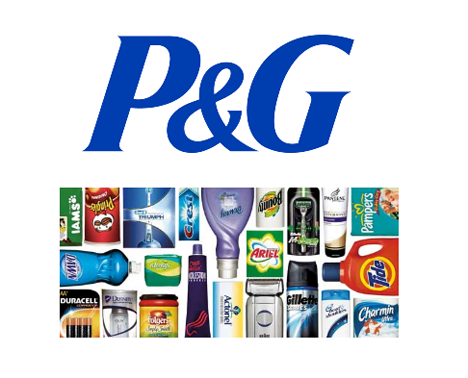 You may be thinking, "This is nothing new. Designers have been getting royalties from companies since the mid-20th century!" Certainly this is true, but there are some key distinctions. Early on, designers often received royalties in addition to work-for-hire design fees. As such, they were really consultants, and the royalty was a way of sharing the risk between designer and manufacturer especially when the start-up costs were high. Also, these designers were of some repute and the companies went looking for them.

Another common method, still today, is for less-well-known designers, to pitch their capabilities to a company in hopes of receiving a project brief. If successful, they are tasked with designing products that the company is already looking to produce—not necessarily a new idea or direction from the designer. And increasingly these briefs are done on speculation (no fee, just royalties if the idea makes it to market) because of an increasing supply of capable designers. So, yes, royalties have long been a means of recompense, but open innovation makes this more accessible because you do not have to have a big design name—or even a portfolio. And you don't need to try and schmooze your way to a brief (but it still is fun to go to Milan Design Week anyway). 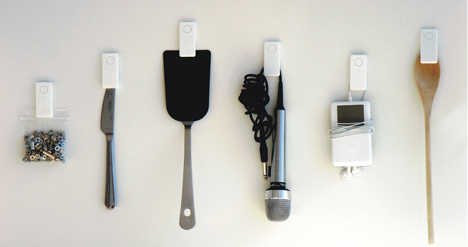 Based on his award-winning Endo magnets, Scott Amron licensed his idea to OXO

But the biggest difference lies in the much broader range of companies now involved with open innovation, not just the design-minded ones that rely upon professional designers for their brand image. (When students think of designing for royalties, I have found that they often think about design-minded companies, such as Cappellini, Alessi, and Herman Miller.) The problem with the design-minded companies is that there are more and more designers approaching them; while most are technically "open," there is an omnipresent hoard waiting outside the front door. The Italian lighting company, Flos, typically receives 200 unsolicited designs each week. Many companies receive thousands upon thousands each year. Karim Rashid, Inc. has taken "books" filled with design ideas to Umbra in hopes of striking licensing deals. With this type of competition at the design-minded companies, what chance does the young designer, with no brand name to leverage, have to rise above?

Sure, some young designers' designs are licensed after being "discovered" at Milan, or at a graduation show, or on the design blogs. This helps keep the dream alive, much like the unknown actor that is discovered at a local theater production, or who beats out a thousand others at an audition. And also as in show business, the eager and endless supply of hopefuls is vulnerable to exploitation. Design-minded companies have access to such a huge supply of capable design talent that their licensing contract terms are often presented as take-it-or-leave-it offers. Why negotiate the terms if you have hundreds of roughly similar designs to choose from? (In a future column I will discuss such contract terms in greater detail—spoiler alert, not for the weak of stomach. Imagine that you design a cool product and finally license it to a design-minded company, but it turns out that the credit card company that processes each retail sale earns almost twice of what you make per piece. Ugh.) So while design-minded companies have long opened their doors to design licensing, the real way in is often through the guarded, VIP-only, side entrances. And if you do make it in, you may have to borrow cab money to get back home.

The new open innovation space is an exciting alternative. Simply put, there are so many more companies, across many more industries, and the competition at the door is not always as stiff. And these companies really don't care who you are. They want new ideas either to break into a new market, keep their shelf space allocation at a big box retailer, compete with the market leader, or to stay in front of the competition. Their interaction with outside product ideas is often with the inventor community, which does not have the same advantages that designers do. I contend that product designers with the volume of innovative ideas they can generate, their understanding of the product development process, and with their ability to visually communicate, are uniquely suited to become the darlings of the product licensing world. The era of open innovation has much to offer us.

The main benefit of product licensing is that you do not have all of the risk and headaches that necessarily come with running your own business. It is quite true that you could make a lot more money if you sold your own idea (if you did not screw things up at any number of places along the way). But just like the saying, "When you marry for money, you earn every penny," so too when you go into business.

When licensing is done correctly, there is hardly any financial risk or costs involved. You are not developing, manufacturing, marketing or selling the product—your licensee does all that for you. You have a team of professionals with all of their crucial connections and know-how, getting your design into consumers' hands. Designers are able do what they enjoy most and usually do best—design. 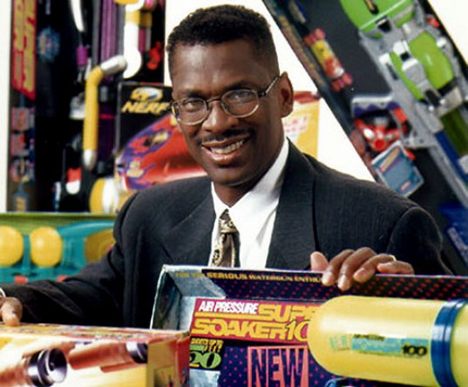 Licensing can be a great way to augment the income from your day job. You can easily spend a little time in the evenings, weekends, or on lunch breaks developing and pitching your ideas. It could also become a full-time gig and provide a great lifestyle. Licensing can be very lucrative (just ask Super-Soaker inventor, Lonnie Johnson), but just like the small print beneath those before-and-after weight loss photos, "results not typical, actual results may vary." The truth is that you will likely not get rich after licensing a single product. And sometimes licensing deals may only pay out a measly thousand bucks per year. So, like everything else worthwhile, it is not necessarily a quick or easy road. But if you invest more time and energy, pitch more ideas, and stick to it, you can build up a licensing portfolio. It is certainly possible that with just a few licensing deals of mass products, you would earn the equivalent of a decent, full-time design salary. This then becomes the pinnacle of the licensing lifestyle—receiving enough passive income to free up your days to allow you to design the things you most want to design, even to not design at all, or to donate your time to the causes that are important to you.