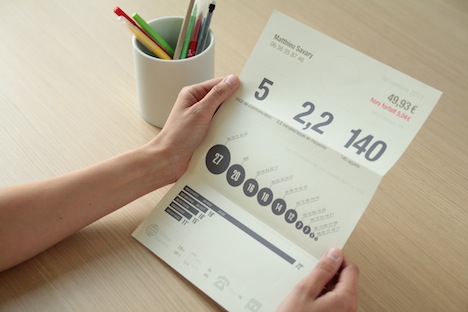 After analyzing 18 months worth of phone bill data, the designers worked to cull information that users would actually want to know including total phone usage, number of calls, most called numbers and longest calls. What sets Refact apart from other data visualization options is the online service concept that allows users to easily input the data from their standard-issue phone bill, interact with the resulting information and track usage trends over time. As Matthieu Savary, co-founder of User Studio explains:

There are a lot of situations where we, the users of digital services, find ourselves in front of endless lists of numbers, arrays of meaningless data... especially when it's time to pay for something! At User Studio, as typical users of a lot of these modern services, we find these situations highly frustrating, especially when we know that the service providers probably use this data—that we, as users, helped produce—to better sell their products.

So we set off to try and find a way to dig up the data that lies in the bills of one of those services that we use all the time: our mobile phone subscriptions. We knew no public API existed... but we had hope that data could be extracted from the PDF bills that the providers are now making available on web platforms (to avoid sending invoices via snail mail).

Phone bills are often considered by mobile operators as something they legally have to provide their customers with. Bills are rarely thought of as a potential part of a much larger and much more compelling user experience (ie. they're rarely designed with the same care as the provider's web site, store, customized phone os, in-house apps, etc.)

After uploading a PDF of your phone bill, Refact pushes the resulting information to different devices with corresponding interfaces: computer, tablets or phone. Logging into a dedicated account allows users to immediately access useful information about their phone usage and then track the information to help users make better-informed decisions when deciding on their usage plans and needs. 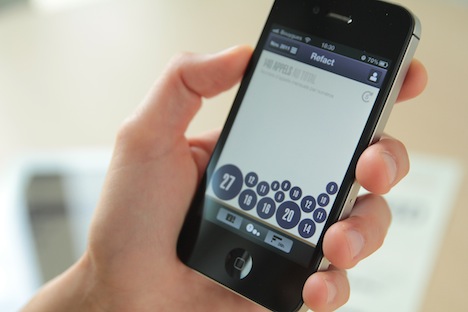 When thinking about the data visualization, as a service design company, User Studio focuses on what they call "data use." Instead of working just on transforming data into appealing and meaningful visuals, data use shifts from communication to a service framework to allow users to actually employ data in useful ways. For example, the design of the "shake" interaction for the iPhone allows the user to adjust the amount of detail they want in the bubbly "monthly outgoing calls" view. 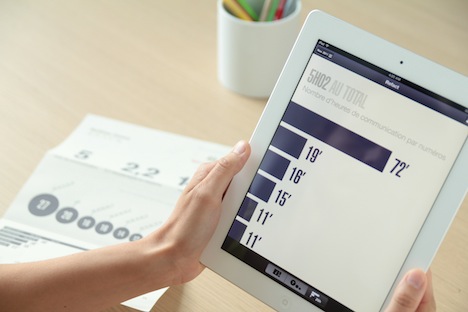 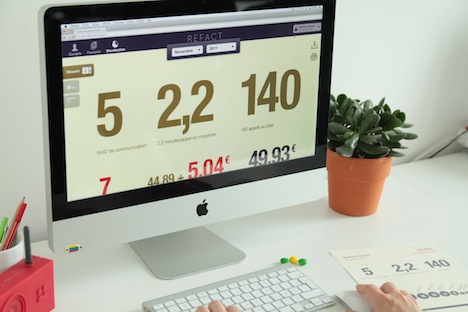 By seeing your consumption in an easily understandable format, the Refact concept would hope to help consumers make better buying decisions when thinking about their mobile plans. In addition, as Savary notes, "In Europe, as the telco competition is getting stronger by the day, useful and beautiful phone bills could be one of the aspects that helps the provider to stand out!" We'd love to finally get a bill that was enjoyable to read—as they say, knowledge is power!