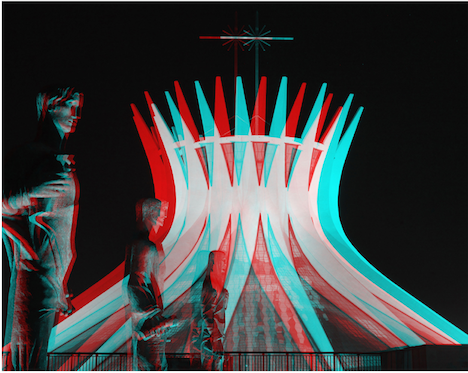 To celebrate Visionaire's new issue on Rio de Janeiro they've teamed up with the online art marketplace Paddle8 to publish ten photographs of buildings designed by legendary Brazilian architect Oscar Niemeyer. His curvilinear forms are credited with reshaping "Brazil's identity in the popular imagination and mesmerizing architects around the globe." Among his best known and most radically innovative projects are the Cathedral of Brasilia, Museum of Contemporary Art (MAC) and Gustavo Campana Palace. These and seven more breathtaking structures were shot by Brazilian photographer Vicente de Paulo, whose work up until this point seems to be chiefly concerned with young, hardbodied male models. 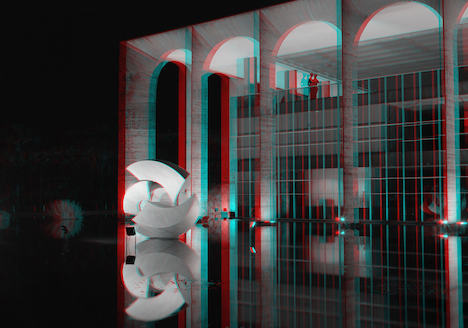 That explains the Visionaire connection, who, in typical Visionaire fashion, would never merely present ten great photographs without adding a touch of luxe, so they're giving Niemeyer the 3D treatment. Produced in an edition of 200, the Niemeyer portfolio will be available in September, though you can preorder yours at Paddle8 along with the Visionaire 62 RIO issue, which is also printed in 3D and includes a stereoscope for viewing the slides. Together they're $450, but if that's a little rich for you blood you can still head to Paddle8 and listen to their exclusive interview with the 104-year-old architect and view a selection of his drawings, blueprints, family photos as well as the 2D versions of Depaulo's photographs, though it's really not the same without that extra dimension.