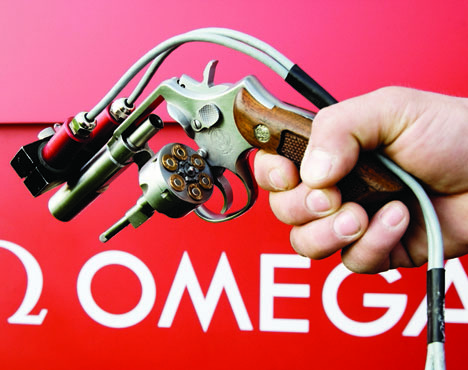 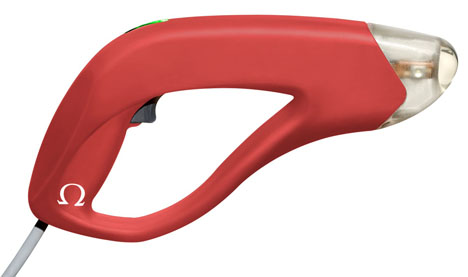 If you visited a baseball stadium as a child*, that's probably the first time you could observe that sound travels slower than light: You see the batter hit the ball, but you don't hear the CRACK until half a second later.

That half a second is a problem for Olympic runners, where every millisecond counts. When a starting pistol is used to start a race, the runner closest to the gun has a slight advantage over the athlete furthest away. To combat this, Olympic timing sponsor Omega created an electronic starting pistol that makes no noise at all, but is instead wired to speakers directly behind each runner. 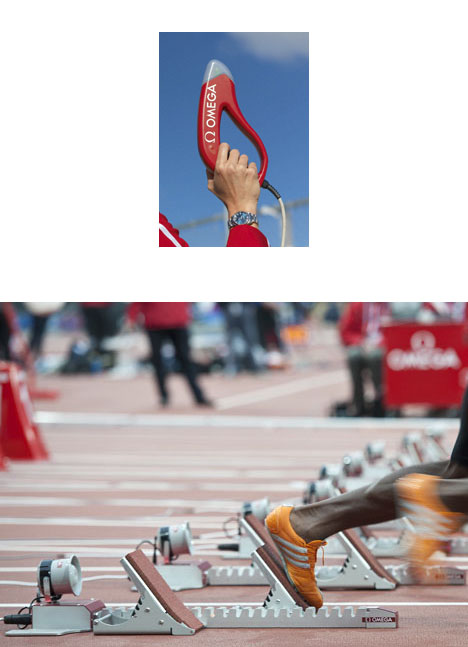 Previously Omega had tried wiring a regular starting pistol (pictured up top) to speakers, but it didn't work; runners would instinctively only respond to the sound of the real gun, not the speaker-borne sound emitted a millisecond earlier. The new gun, which only sounds through the speakers, solves that problem.

The electronic gun is actually not new—it first saw service at the 2010 Vancouver Olympics—but it has now become the standard.

*Speaking of standards, or lack thereof: To our non-U.S. readers for whom the baseball stadium situation doesn't apply, what was the first instance you can recall where you could observe the speed-of-sound phenomenon? (I'm guessing that say, soccer matches don't produce the same sharp noise as a bat on a ball.)