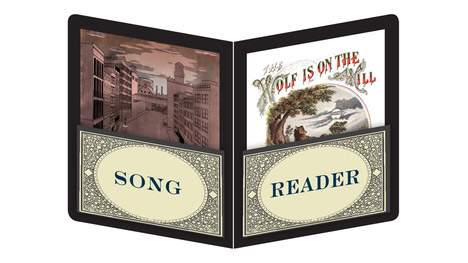 If music piracy is a distinct cause of modern guilt, bizarro-pop purveyor Beck Hansen's latest effort is being hailed as a veritable sea change in an industry that's had one foot in the grave since the not-so-distant Napster days. Where his 2006 effort was merely dubbed The Information, he's actually releasing the 'information' this time around: McSweeney's recently announced that they'll be publishing BECK HANSEN'S SONG READER in December.In the wake of Modern Guilt and The Information, Beck's latest album comes in an almost-forgotten form—twenty songs existing only as individual pieces of sheet music, never before released or recorded. Complete with full-color, heyday-of-home-play-inspired art for each song and a lavishly produced hardcover carrying case (and, when necessary, ukelele notation), Song Reader is an experiment in what an album can be at the end of 2012—an alternative that enlists the listener in the tone of every track, and that's as visually absorbing as a dozen gatefold LPs put together. The songs here are as unfailingly exciting as you'd expect from their author, but if you want to hear "Do We? We Do," or "Don't Act Like Your Heart Isn't Hard," bringing them to life depends on you. 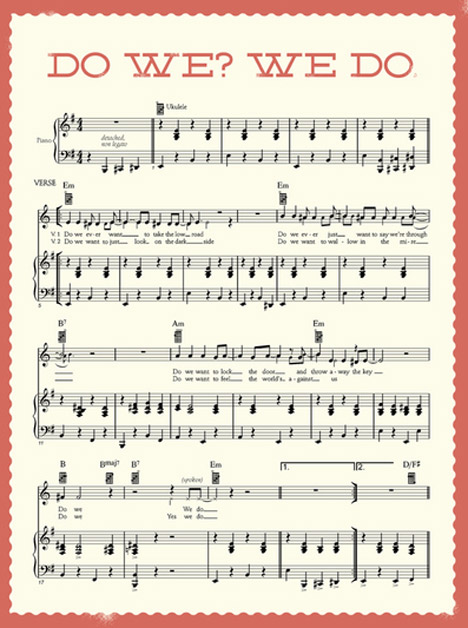 The reference to 1960s conceptual art notwithstanding—galleries seem increasingly eager to exhibit fine artists' typewritten declarations of intent, signed and dated—Song Reader represents an attempt to short circuit the music industry, a musical analogue of open source hardware and software. Beck has written an album's worth of songs but stopped short of recording it, opting to distribute the music as a publication, record label be damned. And if the subtext—that the value of music lies in the songs themselves—the product is designed to be an equally thoughtful complement to its instructive contents:BECK HANSEN'S SONG READER features original art from Marcel Dzama (who created the imagery for Beck's acclaimed Guero), Leanne Shapton, Josh Cochran, Jessica Hische, and many more, as well as an introduction by Jody Rosen (Slate, The New York Times) and a foreword by Beck. The package measures 9.5” × 12.5” with 108 pages comprising 20 individual full-color song booklets—18 featuring original lyrics, and 2 instrumentals—with covers from more than a dozen different artists. 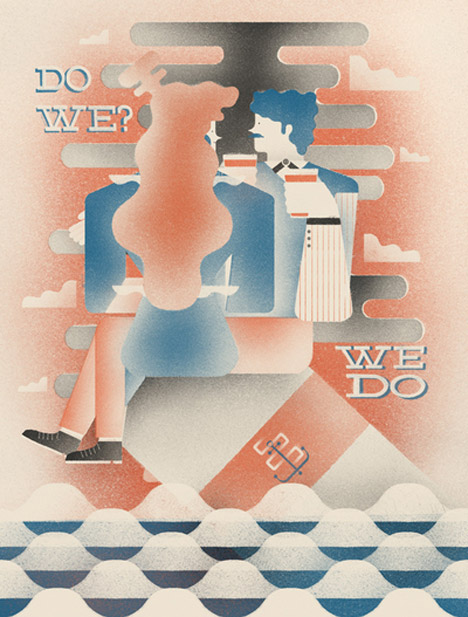 Not to rain on the parade, but I'm skeptical... even as a longtime fan (I threw down for the deluxe version of Guero, among other Beck albums). I fetishize beautifully-made objects, print or otherwise, as much as the next guy, but my first instinct is that the format presents a barrier to many an autodidactic musician. As a self-taught guitarist, I can read tabs or pick up songs by ear if need be, but I'd struggle to read sheet music for guitar—even with some eight years of piano lessons under my belt. Not that it will matter in the long run: best case, it's a perfect opportunity for a hobbyist to learn how to read music; worst case, a friendly netizen will transcribe a .txt guitar tab. I'm not sure if this somehow underscores the open source metaphor: learn to code yourself or you'll be parroting bits of copied code with no clue as to how to tweak it yourself. 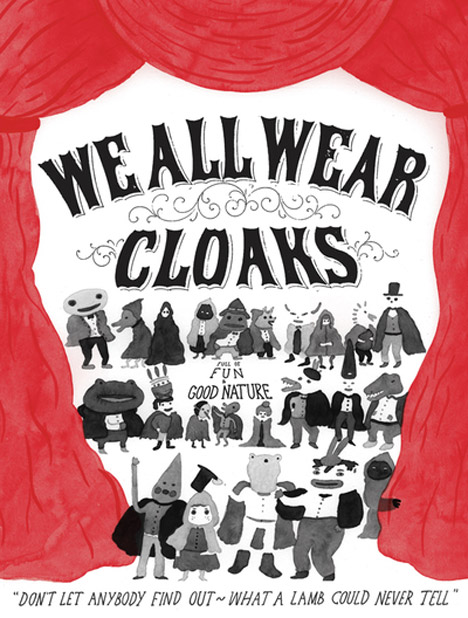 More broadly speaking, the new compositions are essentially being released as standards or unattributed folk tunes, unembellished templates for fans to fill in. Thus, Beck has inverted an Internet Age epiphenomenon of YouTube covers by inviting all comers... though Gotye has arguably beaten him to the punch. (Interestingly, another breed of crowdsourced wisdom has deemed Song Reader to be Beck's 12th 'studio album,' and I tend to agree.)So it comes down to this: far be it for me to criticize a four-time platinum musician, but I just don't know if Beck is strong enough a songwriter to release his music in such an embryonic state (reference to his sometime-collaborators' 2009 album duly noted; the Flaming Lips embrace studio wizardry as much as any indie rockers these days). He's certainly a capable songsmith, and the remarkable breadth of his oeuvre—from proto-freak-folk to white-boy hip-hop, candid ballads to glitchy electro—is as consistently catchy as it is varied... which is precisely why I enjoy his recordings. The compositions are interesting, but execution has always been his strong suit: the genre-bending pastiche of Odelay!—widely considered to be his magnum opus, thanks in part to the Dust Brothers' brilliant production—would, as far as I can figure, be meaningless as sheet music. (The fact that Gotye's mash-up of YouTube covers sounds much like the original, glockenspiel and all, suggests the same of "Somebody That I Used to Know.") 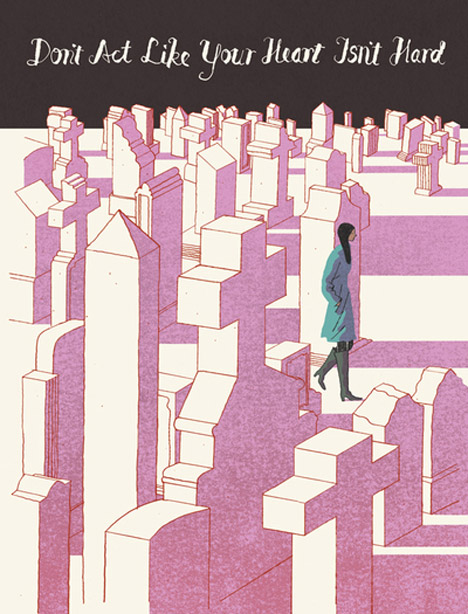 Thus, I'd liken it to Radiohead's In Rainbows, which is remembered as much for the pay-what-you-wish digital distribution as for the well-crafted tunes: the unprecedented move simply does not represent a sustainable business model for any artist short of Beck's stature and renown. It's a worthwhile experiment—and a more democratic one than, say, his highly fluent Record Club—but, insofar as he is a wildly successful solo artist who can afford to give away his music for free, I can't see it being much more than that. Rather, it's yet another winsome effort by the musician to find novel ways of artistic expression: gimmick, maybe, but an inspired extension of Beck's substantial body of work nonetheless... as long as users at home remember that results may vary.