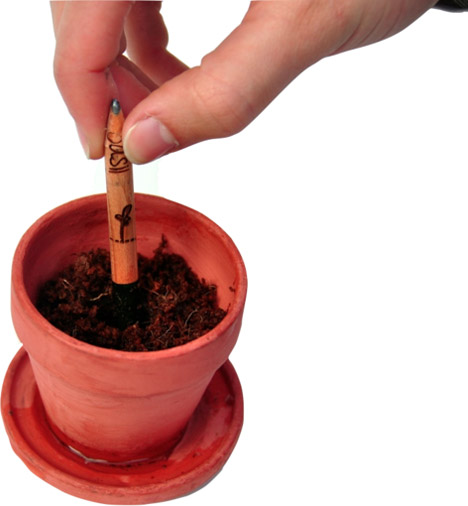 Since it's never too early to start thinking about our Holiday wishlist, we're going to go ahead and pencil this one in: Democratech's "Sprout" (not to be confused with a Flotspotted concept) is a nice horticultural update to the classic wooden writing implement. The eco-minded cleverly incorporated a water-activated seed capsule into the non-business end of a Ticonderoga cedar pencil. "Sprout is a pencil with a seed inside. When it's too short to use, it can be planted at home, at the office, or in the classroom." Plant it, pour some water on it—the capsule is water-soluble—and tend it for a couple weeks, and voilà: your pencil stub has metamorphosed into a happy, healthy vegetable or herb. 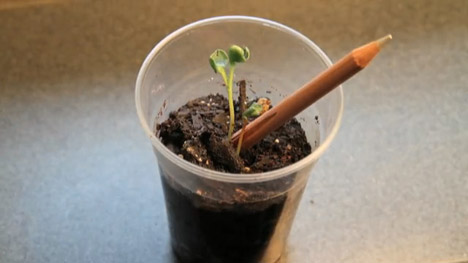 Still, we assume that they're being facetious when they say that "Sprout doesn't have an eraser because we don't believe in making mistakes"... though we do agree that 'outboard' erasers tend are more versatile.We want every part of using Sprout to be fun, so instead of sacrificing overall quality (and adding cost and complexity) by grafting on an eraser, we scrapped it entirely. Putting an eraser on it would have been a mistake. There's a lot of good "external" erasers out there, we're happy to make some recommendations. And who knows, we may be putting seeds in them too... 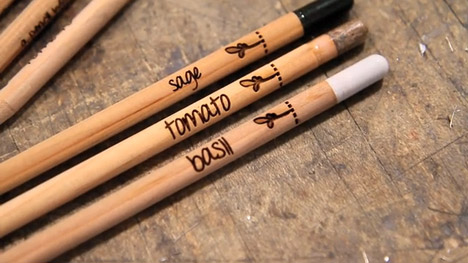 Speaking on behalf of Democratech, Mario Bollini dryly relates that they're "excited to see the project bear fruit" via Kickstarter, further noting "Sprout comes in a variety of flavors." He proceeds to invite the Kickstarter community to "[plant] the seeds of a healthy lifestyle."

The best part? Even a fiver will get you a useful and eventually delicious reward. Check it out on Kickstarter to get your hands (and mouth) on one come October.

Via MediaLab, where the six designers and engineers met. The Sprout pencil, of course, is a playful diversion from previously-seen work from team members, which is decidedly more research-intensive.