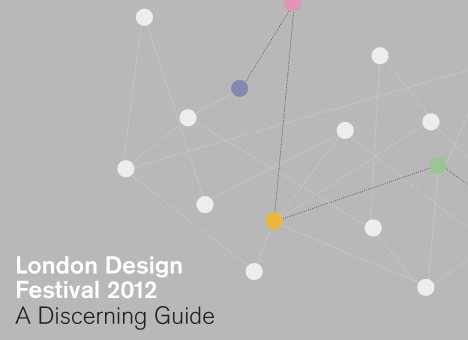 Large sections of the British design industry will wearily greet the onset of London Design Festival today. The first LDF in 2003 felt like a coming of age, as London celebrated our profession with a pocket version of Milan's Furniture Fair. Do you remember when we got excited about Milan too? This year's frivolities are likely to leave most designers cold, although with a nagging sense that—what with so many parties going on—they should be having the time of their lives.

So what went awry? In short—benches, bloat and blogs.

Milan is unashamedly a furniture show, but at its best it showcased an array of design creativity that inspired the wider design community. While LDF doesn't feature furnishings in its title, it amounts to a straight down the line furniture and homeware trade show. Commerce trounces culture. Furniture designers make up a fraction of the profession, and most of us can only take so many of our four-legged friends. As Gadi Amit of NewDealDesign commented recently, "Why does every material innovation have to end in a chair?"The festival has bloated into a sprawling oversupply of venues, making it hard to separate the wheat from the chaff. Too many brands pull the lamest of ruses to tempt us into their showrooms—full of old product. Many booths are filled by graduates schooled in the mantra of personal branding, who pay through the nose and deepen their debt for the honour of being part of the circus.

Not so long ago these far-flung events were inaccessible, and having the roadshow come to town felt special. Now the blogosphere renders most of what we see at festivals old news. From the comfort of an Eames armchair, design enthusiasts can scroll through a wealth of image galleries and video reviews, complete with intimate interviews with the design elite. In addition, design blogs have uncovered demand for more debate around design, which most events don't cater for—even the talks and conferences offer little or no forum for real discussion.

All that said, there's often nothing like seeing some work in the flesh, and festivals are a great excuse to drink, fall over and bump into old friends and enemies. It's also not all about us. Designers are only one of the many audiences that these events now cater to. In addition to the deal-makers, trendsters and PR fluffers, design now has mainstream appeal to the public. The anti-commercialism of many festival cynics is misplaced at best, snooty at worst. Commerce is integral to design, but we should demand more imagination and innovation from it and the festival organisers. Design weeks need rethinking for new times.

Bravely, director of LDF'12, Ben Evans is hosting a debate entitled 'Design Festivals - Who Needs Them?.' We encourage skeptics to attend and contribute constructively. Rather than carp from the sidelines, graphic, product, interaction and service designers should pitch in with ideas on how to exhibit, interrogate and celebrate the fruits of their labour.

In the meantime we at Plan have pulled together a discerning guide to this year's LDF to help you separate the gems from the bloat. You can download it from here [PDF].