And Now, the Skatepark House 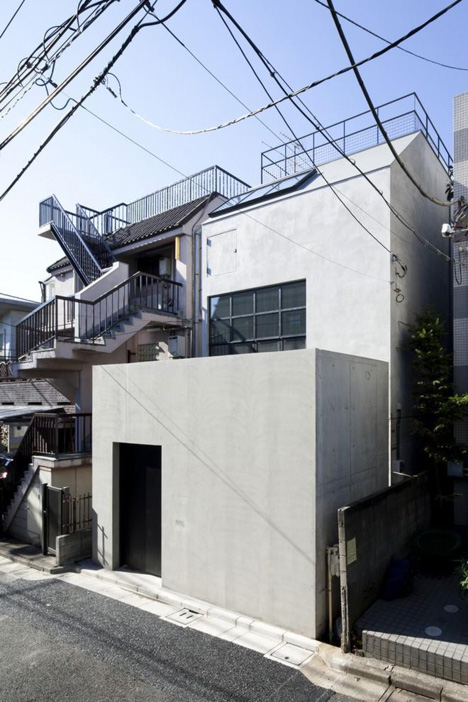 All photos by Kojima Junji

Seeing as Tokyo's Level Architects are perhaps best known for a residential project in the city's Nakameguro district, aka the "Slide House," it's perhaps no surprise that they're behind the so-called "Skatepark House." The nickname of the 2011 project is only slightly misleading, as it's definitely more of a house than a skatepark... and quite an enviable living space at that. 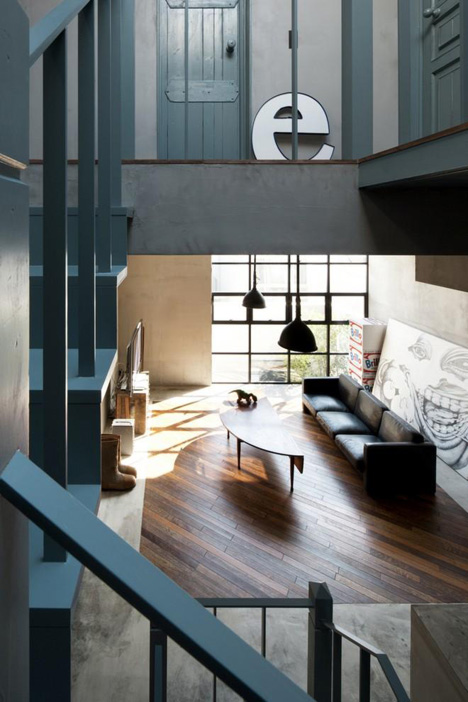 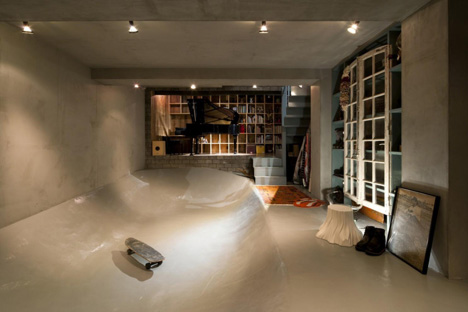 A young (and apparently well-to-do) married couple charged Level Architects with an interior that included both a skatepark and a piano rehearsal room, reflecting their individual interests. Since they didn't need a garage, the ground-level space was fitted with sliding glass panels that enclose a workshop and studio, which has a skatepark-style bowl embedded in the floor at varying grades "for plenty of different interaction."The piano room, located at the back of the studio, is raised about two feet from the ground to help with the sound-proofing of the room as well as creating an inherent stage performance space. When the doors open up onto the studio, the expanded space with the bowl transform into guest seating and completely changes the atmosphere from a mere practice room to a public concert hall. 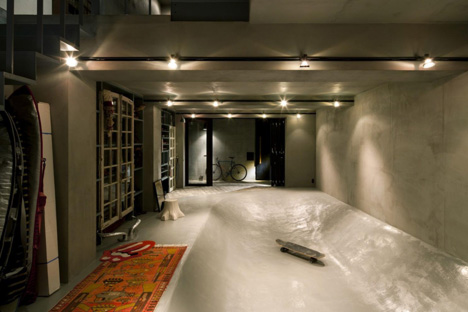 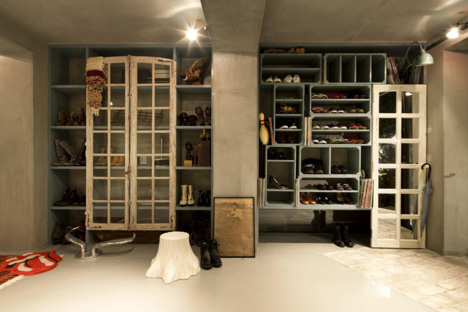 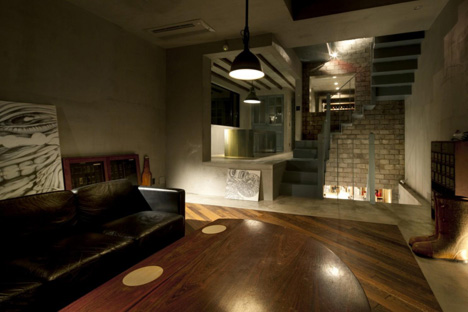 The main living space, dining room and kitchen echo this "concept of half-level changes to both separate and combine programs across the second story." As with any urban abode (and especially one in Tokyo), space comes at a premium; thus, Level has achieved a relatively open layout by varying the ceiling height and building materials to create boundaries between the rooms. 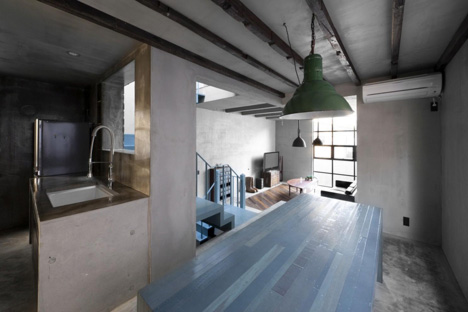 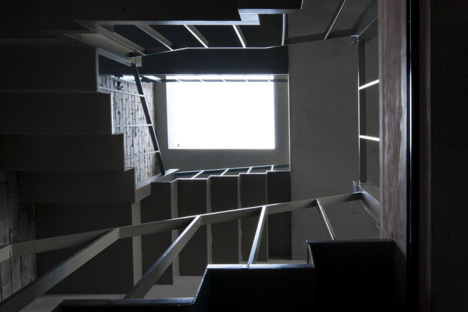 Similarly, in order to connect the spaces with "light... throughout the entire residence," "a large light fixture was installed into the ceiling of the staircase." This fixture illuminates every story of the house as it diffuses towards the first floor. 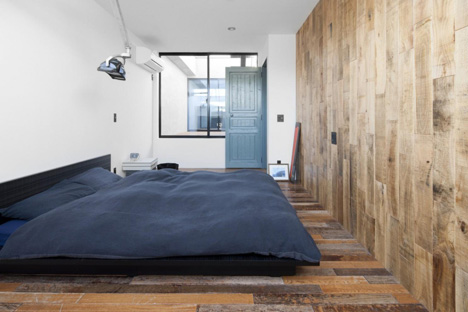 The third floor consists of the master suite, where the combination of old and new floorboards also serves to transcend boundaries and "emphasize the cohesiveness of the entire floor":In order to create that break from the lower levels, the scale of the materials has been increased. The many overlapping layers of the floorboards create an ambiguous break between the rooms. This gradual transition from room to room throughout the entire floor creates a more open feel to the suite level. 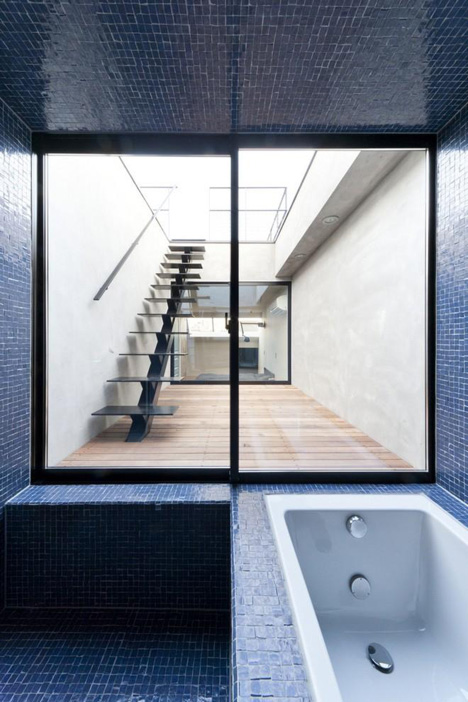 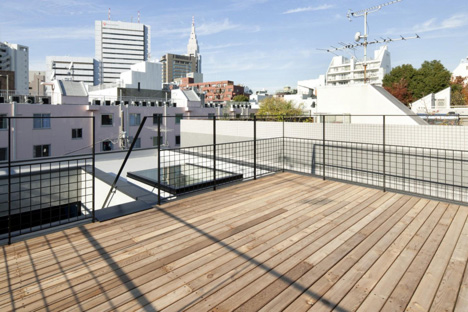 The apartment is topped off with a bit of private outdoor space:The balcony, imagined as an interior garden, is not seen as a transition space, but more a space for pause, in conjunction with the bathroom or the bedroom. It is the area most disconnected from the rest of the suite materialistically, without the overlapping and bleeding of boundaries, and so is treated as the resting spot of the top floor. 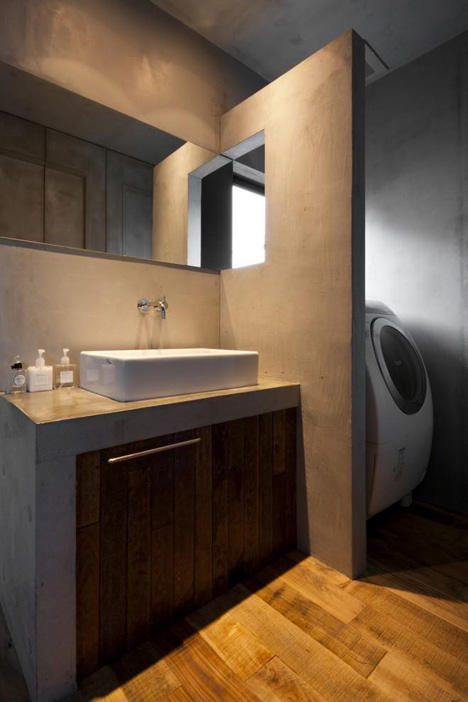 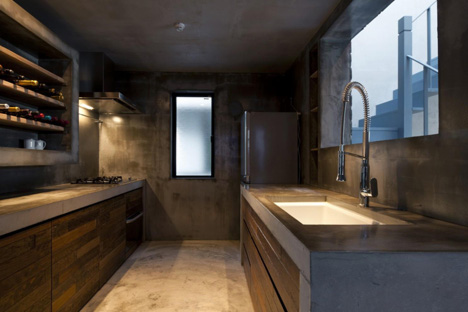 Text adapted from Archello, where you can find more photos.

And Now, the Skatepark House