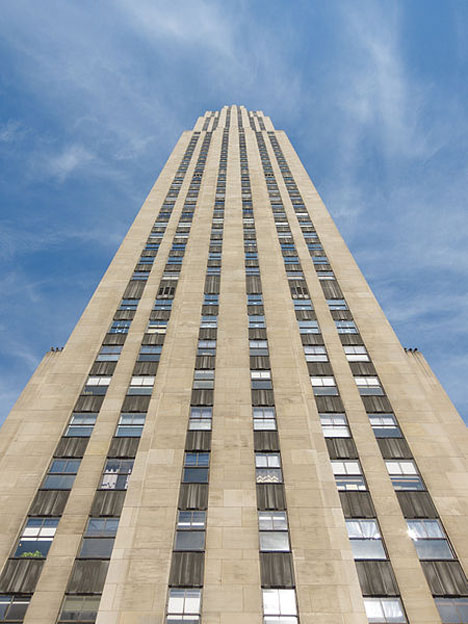 It is a strange thing to become both immortalized and anonymous, but no one really knows the identities of the eleven construction workers captured in "Lunch Atop a Skyscraper." The iconic photograph shows the men who built 30 Rock—which most Americans know as Liz Lemon's workplace, above—casually taking a break on a girder, legs dangling some 800 feet above Manhattan. 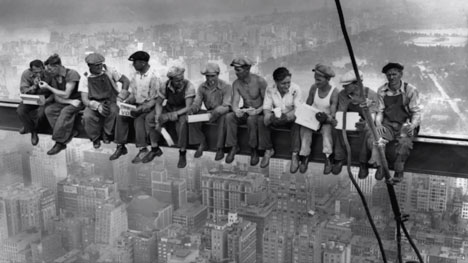 As someone terrified of heights, I've never been able to look at the photograph without feeling queasy. And now when archivists look at the photo, they can't help but feel it's not a candid at all, but one of two carefully staged promotional shots produced by Rockefeller Center's original backers. Here's the second: 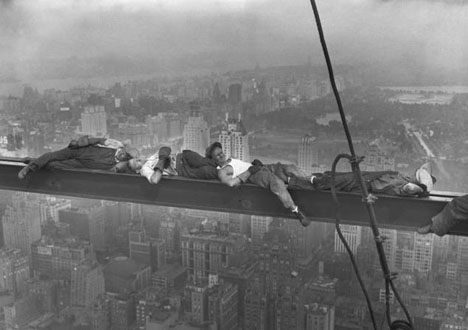 To be clear, they're not claiming the photos—which turned 80 years old last week—are airbrushed or cut-and-paste jobs; no one doubts that these men actually shimmied out onto the girder for the camera. Which brings us back to the original point--who were these men? Irish filmmaker Sean O'Cualain's new documentary, Men at Lunch, tries to get to the bottom of just who was up at the top.