Yes She Can: Gorgeous Glassware by Johanna Kleinert

[Note: for those of you who have not (for whatever reason) heard the news, last night marked a major event for those of us here in the States; not to make light of President Obama (and Nate Silver's) historic achievement, but this post has nothing to do with that.] 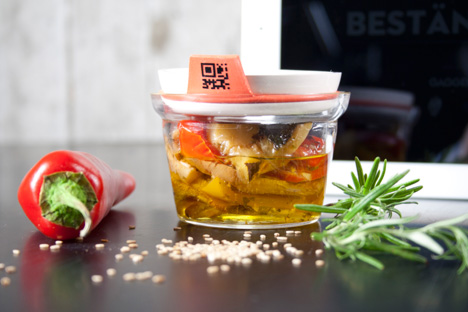 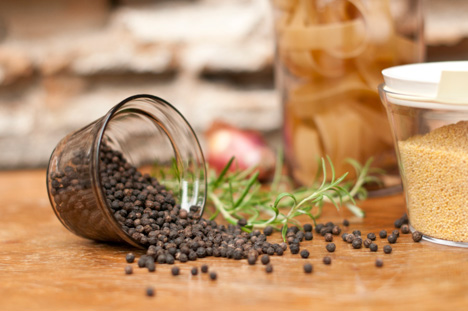 For her graduation project at Stuttgart State Academy of Arts, Johanna Kleinert hopes "to reveal the relevance of old food preservation techniques, that nowadays are gaining interest again." 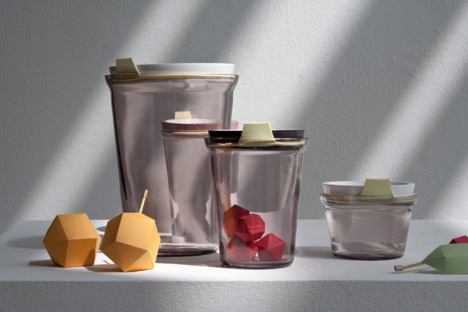 The young designer drew inspiration from traditional WECK jars, an iconic food preservation vessel that is itself a cousin to the popular Ball mason jar here in the States. Thus, Kleinert has updated the drinking glass-like form factor with a new sealing mechanism, "based on an O-ring, which has several advantages compared to the conventional flat gasket." This makes it both easier to open vacuum-sealed jars and allows for dry storage, sans vacuum. 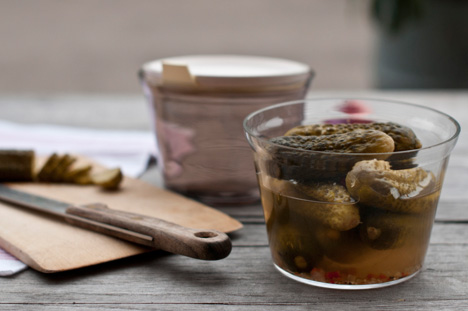 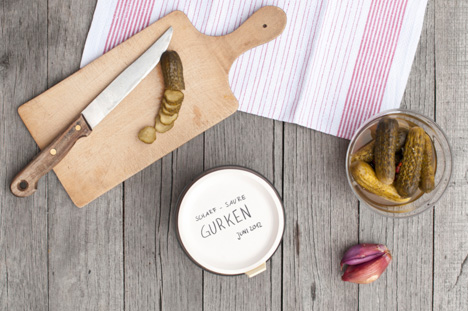 As with fellow design student Larisa Daiga's "Interactive Modular Set," the handsome vessels can be labeled time and again for ease of reuse: "the upper part of the lid is not glazed, so that it can be labeled directly with a water-soluble pen." 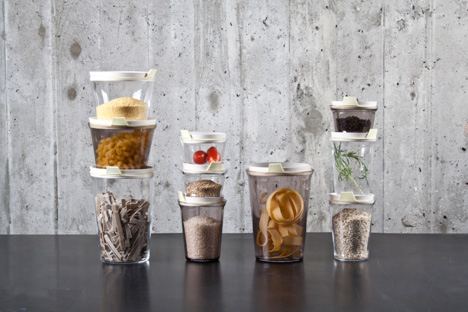 Similarly, the vessels vary in color and size, where the lower section of each lid can be glazed in a different color. The borosilicat glass, which comes in five proposed sizes, from 155mL to 1L, can be tinted gray or left clear. 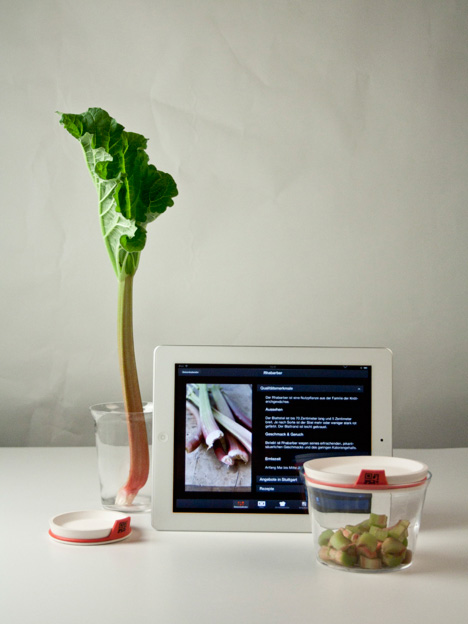 Hit the jump to see the tech twist... 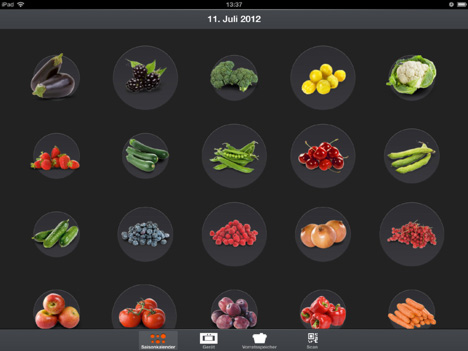 Where Ton Matton's (much larger-scale) Werkstatt Wendorf was an estate-sized attempt at autonomy, so too is "the aim of the jars is to encourage people to get involved in the food production chain and reclaim self-responsibility." However, Kleinert augments the analog objects with a 21st-Century twist:Part two of this project is a concept for an iPad-App about food canning. Based on a calendar of regional and seasonal produce, the App explains in a simple way the processes of canning food in a steam oven. By scanning a QR-code on the seal of the jar, the user can store information about the content. What recipe is in there? When did I can it and by when should I eat it? And how many of it are left in my cellar?

By scanning the code, all information is available to any user of the App. Like this, the App encourages sharing and swapping of the delicate home made food. 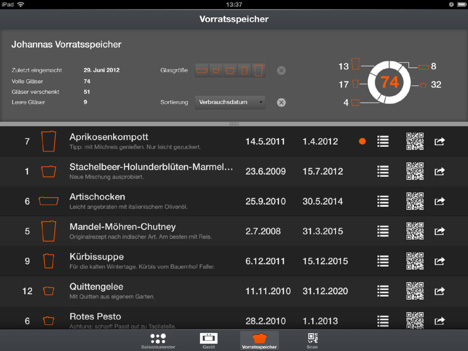 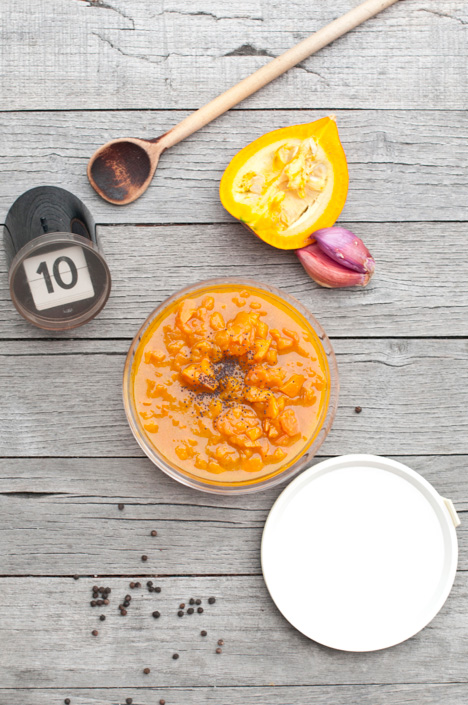 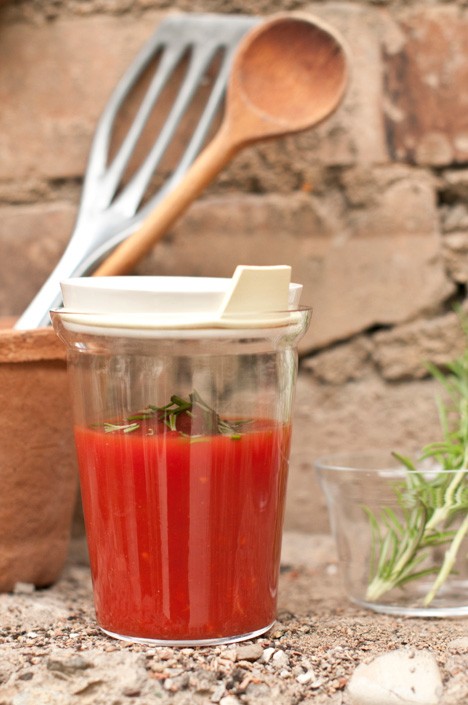 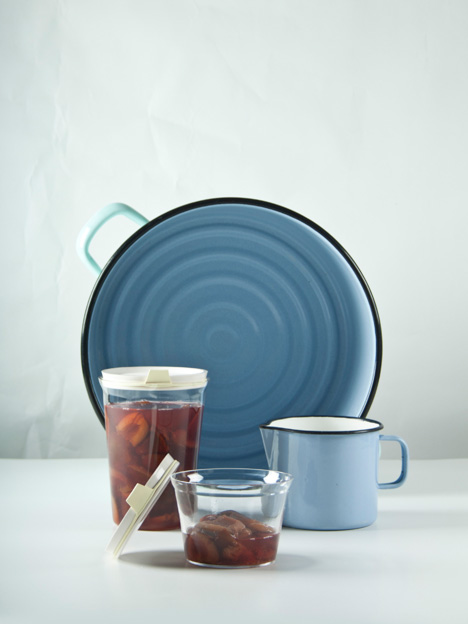 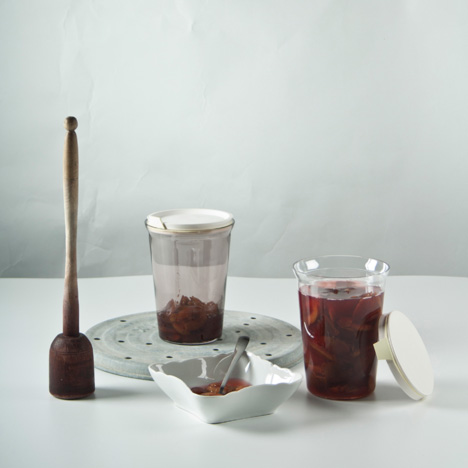 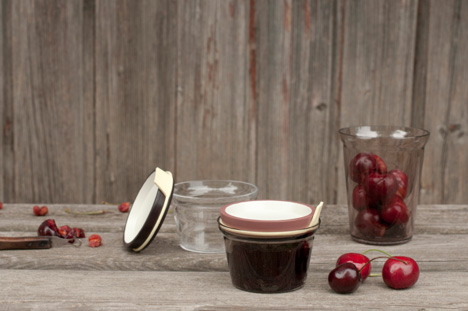 Congrats to Johanna and best of luck in the real world! 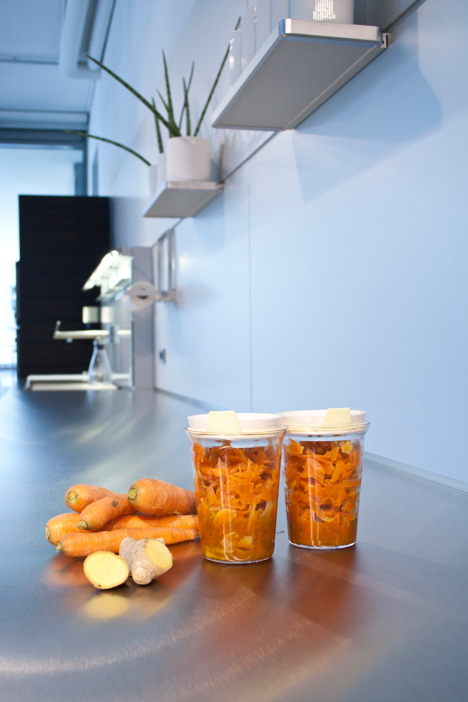 Yes She Can: Gorgeous Glassware by Johanna Kleinert