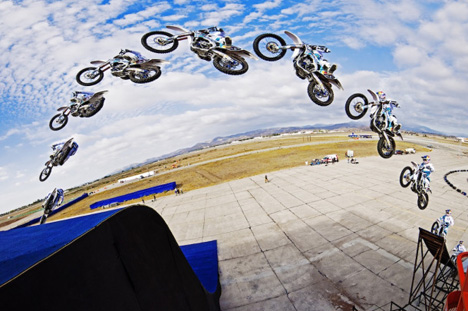 We certainly couldn't pass this one up: Red Bull continues to put its deep pockets to good use with their latest viral endeavor, the Red Bull Kluge. Its name, of course, refers to a German loanword meaning "a witty, yet inelegant solution that succeeds in performing a particular task," an ipso facto descriptor for the ever-popular Rube Goldberg machine. 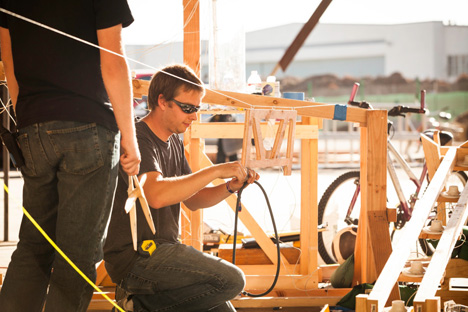 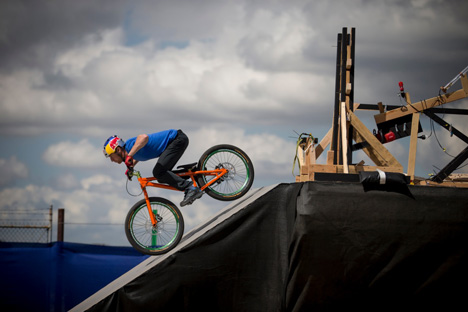 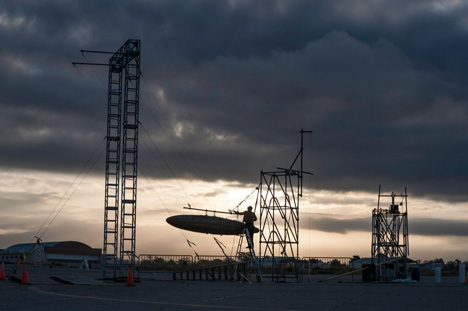 The six-minute final edit took four hours to film... and the structures themselves took over 100 builders a total of 3,400+ hours over the course of 17 days of construction, to say nothing of the months of planning. Without further ado:

The microsite has making-of documentation, and the Red Bull blog has more on (and from) Syyn Lbas co-founder Adam Sadowsky:Sadowsky has been obsessed with the fusion of science and art since he "was like 2 years old," he says. Growing up in Los Angeles, he built drink-pouring machines and monster-catching traps that enthralled him to the point where his mother let him skip school and visit the Museum of Science and Industry.

He studied drama and electrical engineering at University of Southern California then worked in real estate, video games, and genetics research before co-founding Syyn Labs. It was here where he entered the world of kluge, which he defines as "the use of technology to demonstrate scientific principles in an artful way."

Suffice is to say that Syyn Labs has upped the ante for the Rube Goldberg machine with the Red Bull Kluge: there are only so many ways to express momentum and inertia, but the human element is a welcome variable in an otherwise predetermined system.