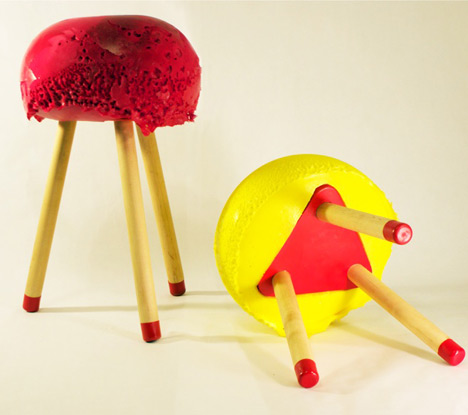 Speaking of seen-at-Salone stools: Jamie Wolfond is pleased to present two new seating designs (he exhibited "Communicable Seats" at the RISD Furniture Design department's "Transformations," which was also at Ventura Lambrate this year). The "Lunar" stool is made from expanding foam, which assumes a distinctive 'cratered' appearance when cured in a run-of-the-mill rubber balloon. The result is a uniquely bulbous yet pockmarked seat, set on a tripod of matchstick-esque legs. 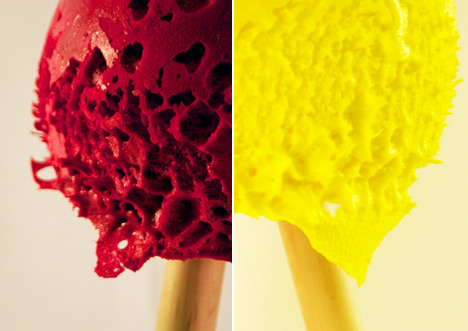 Wolfond has documented the process in a short video on his website. 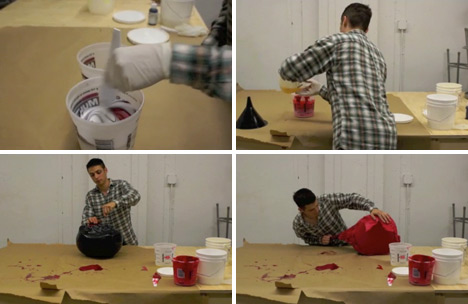 In a twist of serendipity, Wolfond's second project, the "Ball Ottoman," resembles a series of chairs by Maarten de Ceulaer as the "Lunar" stools are formed in the same fashion as another previously-seen de Ceulaer project. But insofar as Wolfond's pure pop aesthetic departs from his bizarro Belgian counterpart's more 'organic' approach, each article of furniture stands as a fascinating experiment in its own right. 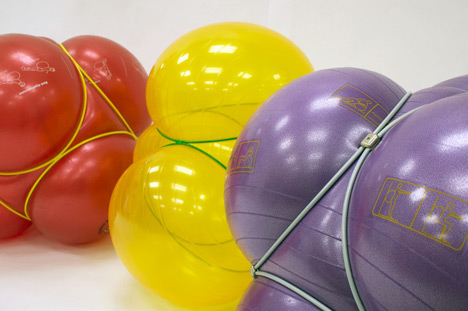 Best of luck to Wolfond as he's on track to complete his BFA next May. 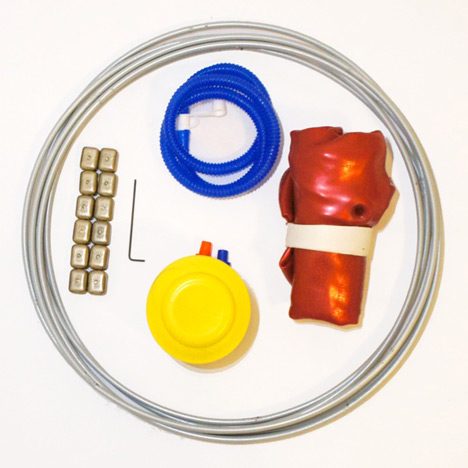