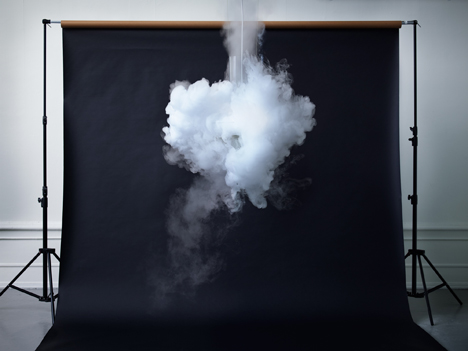 When it rains, it pours: Zürich-based design studio Micasa LAB first showed up on our radar four weeks ago, with the iRock rocking chair, followed by the Cocoon1 just a week later. This week sees the launch of the "Nebula 12," which can only be described as a WiFi-enhanced combination of a lamp and a fog machine, a device that gives new meaning to "cloud computing." 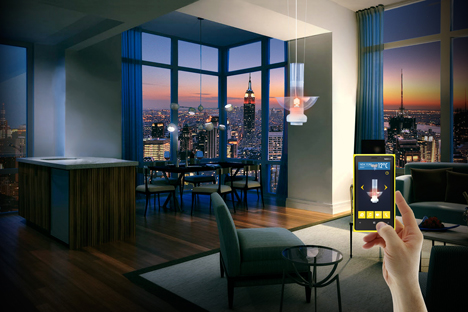 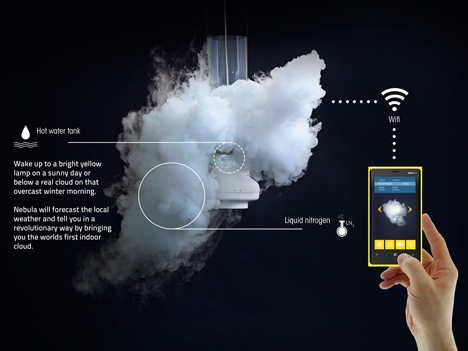 The Nebula 12 gathers meteorlogical data via the Internet (specifically, a weather service called MetOff) and translates that into atmospheric conditions indoors: "the Nebula 12 can change in colour and brightness and thus can be used as a variable source of light for romantic evening meals, when doing homework, when reading or just chatting... wake up to a flooding yellow light on a sunny day, or below a real cloud on that overcast winter morning." The artificial cumulus is conjured from thin air though "some peculiar techniques, liquid nitrogen, WiFi, and high-powered vacuum suction." 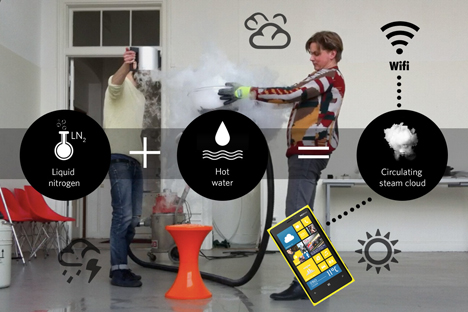 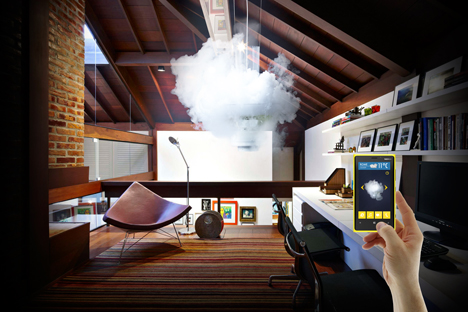 That last bit might obliquely underscore the device's passing resemblance to a certain article of paraphernalia, but the first thing that came to mind, for me, was actually a birdfeeder (not least because it hangs from the ceiling). In this sense, the Nebula 12 is essentially the inverse of the Nest learning thermostat: instead of adapting to user behavior (as the Nest does), Micasa LAB's concept is operates based on the forces of nature—sublimated into an attentuated household weather pattern:In the standard mode, Nebula 12 predicts the weather for the next 48 hours. A threatening low-pressure area is announced by a red cloud, and sunshine is shown in yellow. At the same time, the user can adjust the settings and define the source of information themselves. And the best is: regardless of how dark the cloud is, Nebula 12 never brings rain. At least, not within one's own four walls. 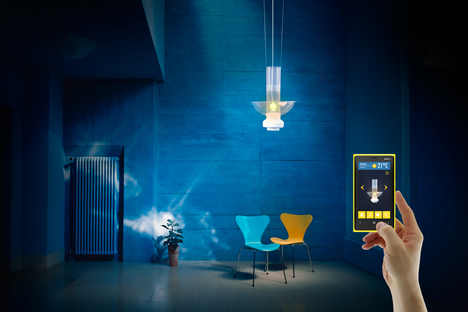 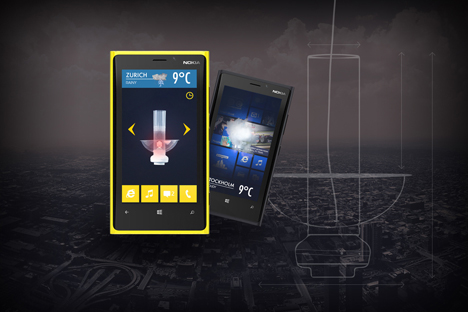 Seeing as the Nebula 12 tethers through the Nokia Lumia, I'm not sure if the Finnish company is somehow underwriting the collective of "Swedish designers and creatives and Swiss designers and manufacturers." Not that there's anything wrong with that: I think it's a fascinating form of augmented reality, a radical approach to an abstract yet intuitive user interface. Sebastian Lindén, one of Micasa LAB's ten members, elaborated:The design process can simply be described as very playful and questioning. The starting point is one of trying to look at furniture in a new way, almost child like. The most common question during the process is "does it really have to be like that?" 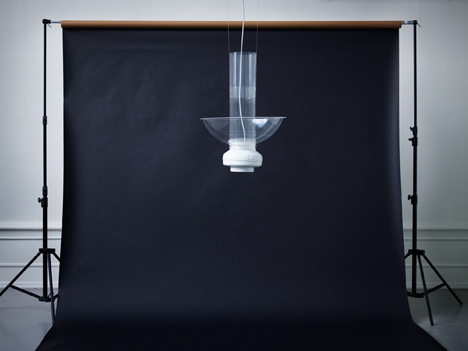 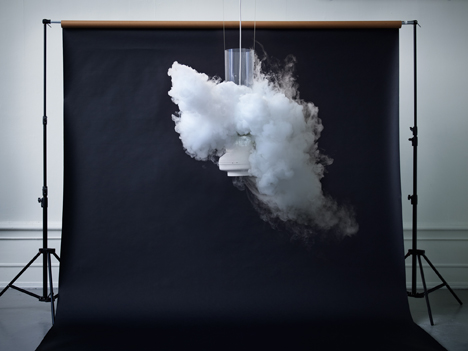 No word as to whether this will be a real thing someday, but the working prototype can only be a good sign: