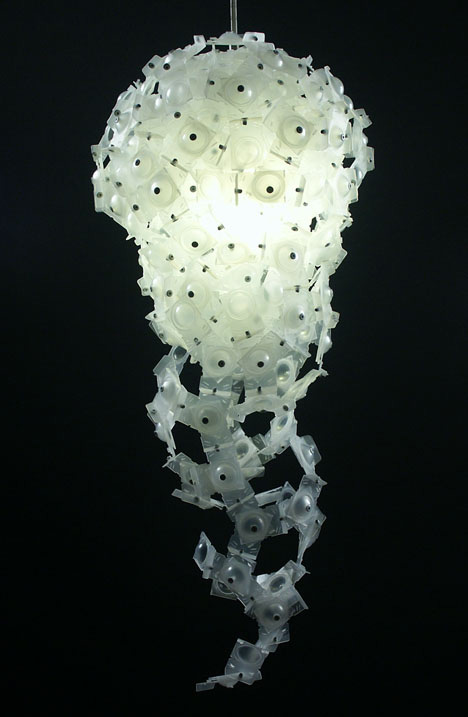 As the founder and principal of SONIC, Klaus Rosburg develops consumer electronics and structural packaging, but he's also been known to combine these two specialties in one-off lamps from readymade and discarded objects. (He's previously crafted a chandelier from coathangers and a pendant lamp from clothespins, among other bespoke objects.) 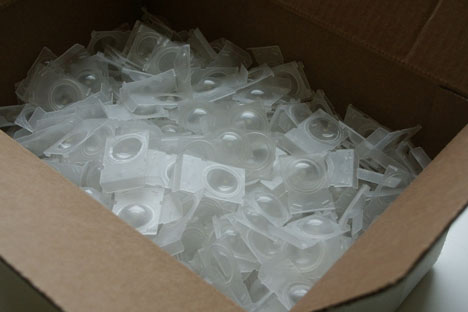 After collecting packaging seven years' worth of packaging from his wife Cindy's contact lenses, he'd finally amassed enough of them to make his latest work, named after the Latin for jellyfish:Visiting the current LIGHT show at the Museum of Natural History in NY and you might have seen the jellyfish with fluorescent molecule, the green fluorescent protein, or GFP. Touch these jellies, and they flash green light.

Fascinated by the glow and weightlessness, the Brooklyn-based designer drilled, arranged and connected, disconnected and rearranged hundred of the cases to capture the look and mystery of these sea creatures. 500 rivets and a few blisters later, the chains of cases were transformed into Cnidaria, Creature of Light. 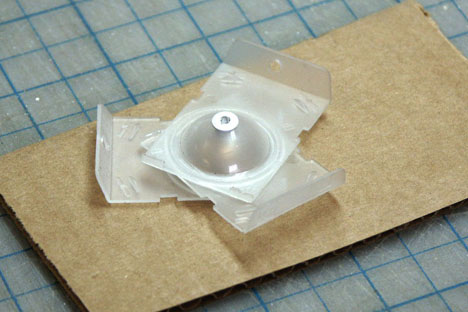 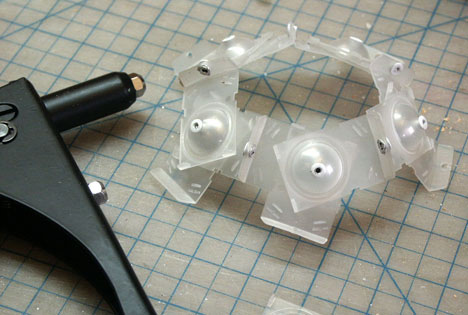 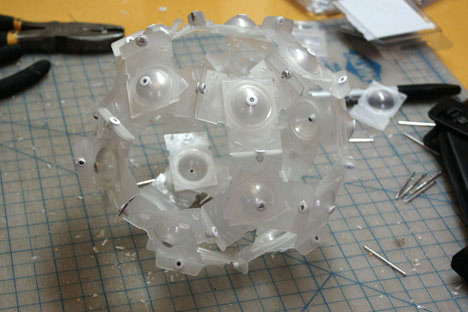 Kudos to Rosburg for creatively repurposing what most first-worlders would toss without thinking twice—I can't help but wonder how many of those plastic contact lens cases (and coathangers and clothespins, for that matter) have ended up in the North Pacific Garbage Patch (a.k.a. the Eighth Continent)... 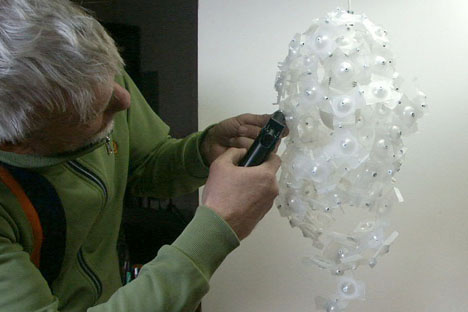